The SEC chant: 2007 was the year that unleashed the obnoxious monster 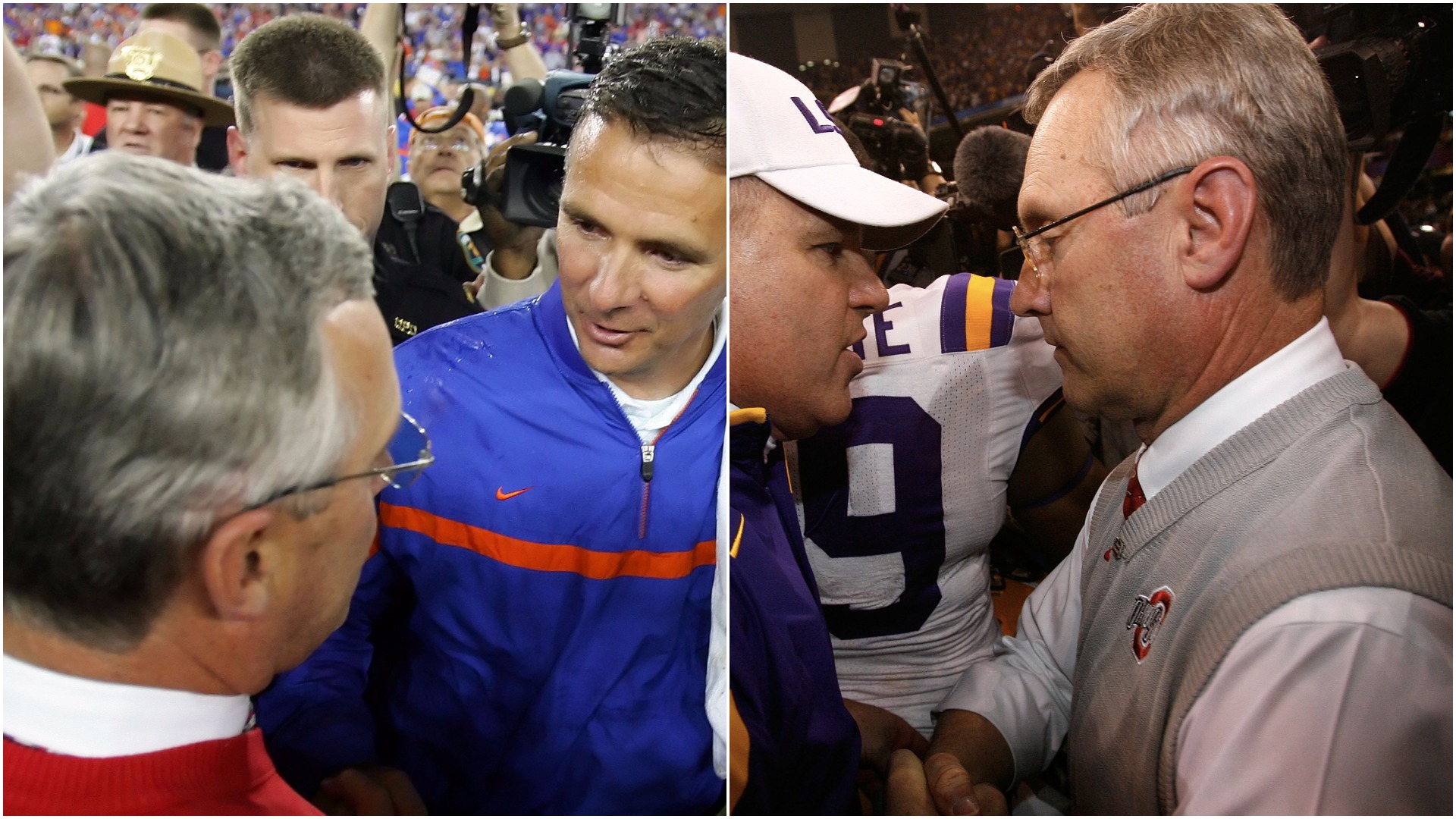 The SEC has a brand: being the best at football via a combination of fan willpower, local athleticism, and the University of Alabama’s membership. That’s the message it’s been hollering for a century now, but not too many had been listening for a while until right around 2007.

A few years ago, before we realized the SEC’s seven-year title reign would go no further, I attempted to list allllllllllll the little moments that had to break the conference’s way in order for its teams to make all those BCS title games, let alone win them.

This list went back to Auburn finishing No. 3 in 2004’s BCS standings after beating two more top-10 teams than No. 2 Oklahoma did, awakening the SEC fan’s regional resentment. That went back to when Alabama won the 1926 Rose Bowl as a mocked underdog and returned as a provincial hero.

So, heading into 2007, SEC fans had spent somewhere between three and 80 years bragging about their conference’s brutality and/or complaining about influential Yankees who didn’t appreciate it. Local confidence was soaring, thanks to the 2006 BCS upset by Florida over Ohio State after voters had agreed with Gators coach Urban Meyer’s argument about tough SEC schedules trumping BCS No. 3 Michigan’s "style points."

"Starting that run was really special," he tells SB Nation, "because leading up to us winning in 2006, 'SC was very dominant; they had won a couple of titles. Texas won the year before that in a big game against 'SC. So it was really special, just showing how many great athletes were playing in the SEC and how it was stacked from top to bottom. And every single team in that league could compete, and the league had a lot of physical players."

Wherever the S-E-C chant began, UF fans and players did it during the end of 2006’s championship. It started echoing. Everyone hated it, which made it louder.

But for long stretches of the greatest season in football history, it looked like the SEC wouldn’t have a two-year streak, let alone seven.

Here was just the 2007 portion of that list, showing everything that had to happen to get the SEC’s champion into the title game against Ohio State:

No. 2 USC could've not lost to Stanford, which ranks as the biggest upset in football gambling history, a 41.5-pointer.

And then the country’s best defense had to give up 38 points, hampered by a conservative Buckeye offense losing four turnovers. Flynn had to put up the first four-TD game of his four-year college career. (OK, neither had to happen, since the Tigers won by 14, but some of it did.)

All told, that is a lot of shit that had to go LSU’s way.

The Tigers deserved every glint of their crystal football for the two-loss caper they’d just pulled off, bu-

Nevermind all that! LSU steered its airboat through 2007’s deranged storm by virtue of its Southern toughness and virtue and whatnot. The conference whose champ made it out of that season’s carnage must be invincible.

And no one would convince SEC fans otherwise for years.

For the SEC fan, this was only sweetened by Ohio State continuing its fall to 0-10 all-time against the SEC in bowls. It might not be easy to remember, but the Buckeyes were a punchline for much of six years, until they beat Bama and won the first Playoff.

That was when Meyer’s Buckeyes buried the streak his Gators started, one year after Florida State killed it.

After LSU beat OSU, as Tigers chant not their school's name, but their conference's name, notice it’s Meyer on set saying, "the SEC just got a little tougher," as Jimmy Johnson praises LSU’s region. 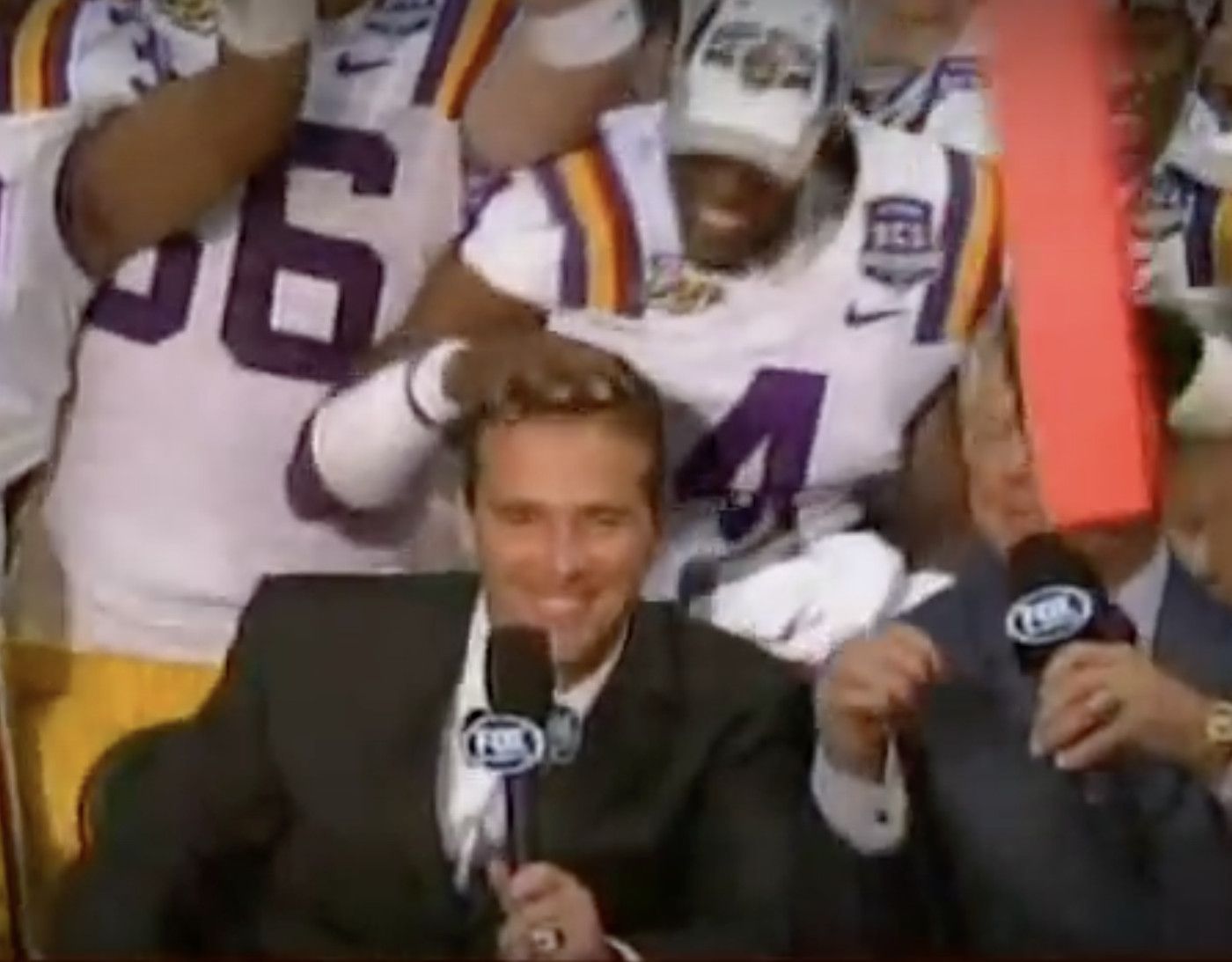