Steve Spurrier reflects on a lifetime of wrecking the Georgia Bulldogs

One that’s often overlooked on the list: 2007, when his Gamecocks beat the Dawgs in Athens, 16-12. Without that loss, a UGA that finished strong would’ve gotten to play LSU for a trip to the BCS Championship. Instead, the Dawgs were stuck in the Sugar Bowl against Hawaii.

SB Nation's Steven Godfrey talked to Spurrier about 2007 and Georgia. What follows are almost entirely his words alone. His recollection of details from years and decades ago: nearly perfect.

Our defense played really well. They had Knowshon Moreno and [Matthew] Stafford and all them guys, and they never scored a touchdown. That was a defensive game by our guys.

We beat ‘em once in Athens, when I was at Florida [that series is usually played in Jacksonville]. Lost the first time in Athens [as South Carolina head coach] in ’05, 17-15, obviously very winnable game. Had a touchdown called back because a guy went in motion, and I think another guy went in motion at the same time or somethin’. Flagged a touchdown pass back. So anyway, we lost that one my first year here.

To tell you the truth, I’m proud of the fact I have more wins over Georgia than any other coach in history. I think I got 16, but hey, we’ve lost seven. I’ve coached against them 23 times.

They beat us my senior year in college. They knocked us out; Florida had a chance to win its first-ever SEC title. We went over to Jacksonville, and they beat the crap out of us in the second half and ended up winning, 27-10, something like that. Now they completely outplayed us, wasn’t any flukes or anything like that.

YouTube
UGA sacks Spurrier in its 1966 win over the Gators

But as a coach, I thought maybe I could get even with them.

So maybe psychologically after a while, it may have helped against them, because we did beat them five times when I was there [at South Carolina]. But you treat ‘em all about the same, every game. We ended up 5-6; I was 5-6 against [Mark Richt] at South Carolina. We didn’t really have their number. But at one time, we’d beaten four out of five years, so hey, I guess that’s pretty neat.

And hey, one time we ended up beating Florida four of five times. That was amazing. Somehow we did that.

I’m pretty good at numbers. They just hit me.

But in ‘92, they were actually favored. They had Garrison Heart and [Eric] Zeier, the quarterback. They were actually favored in that game. And we kept ahead of them in the first half, and then they came back and it was 26-24 with about oh, two and a half, three minutes left. And somehow we made three first downs to run out the clock and win 26-24.

And the same day — Tennessee was winning the division — that day, South Carolina beats Tennessee by one point. I think it was 24-23. So then all we had to do was beat Vandy for our first-ever in the Eastern Division title, because it was the first year of division play. So that win really, really helped us. That one hurt Georgia because they thought they were better than us, probably overall, going into that game. 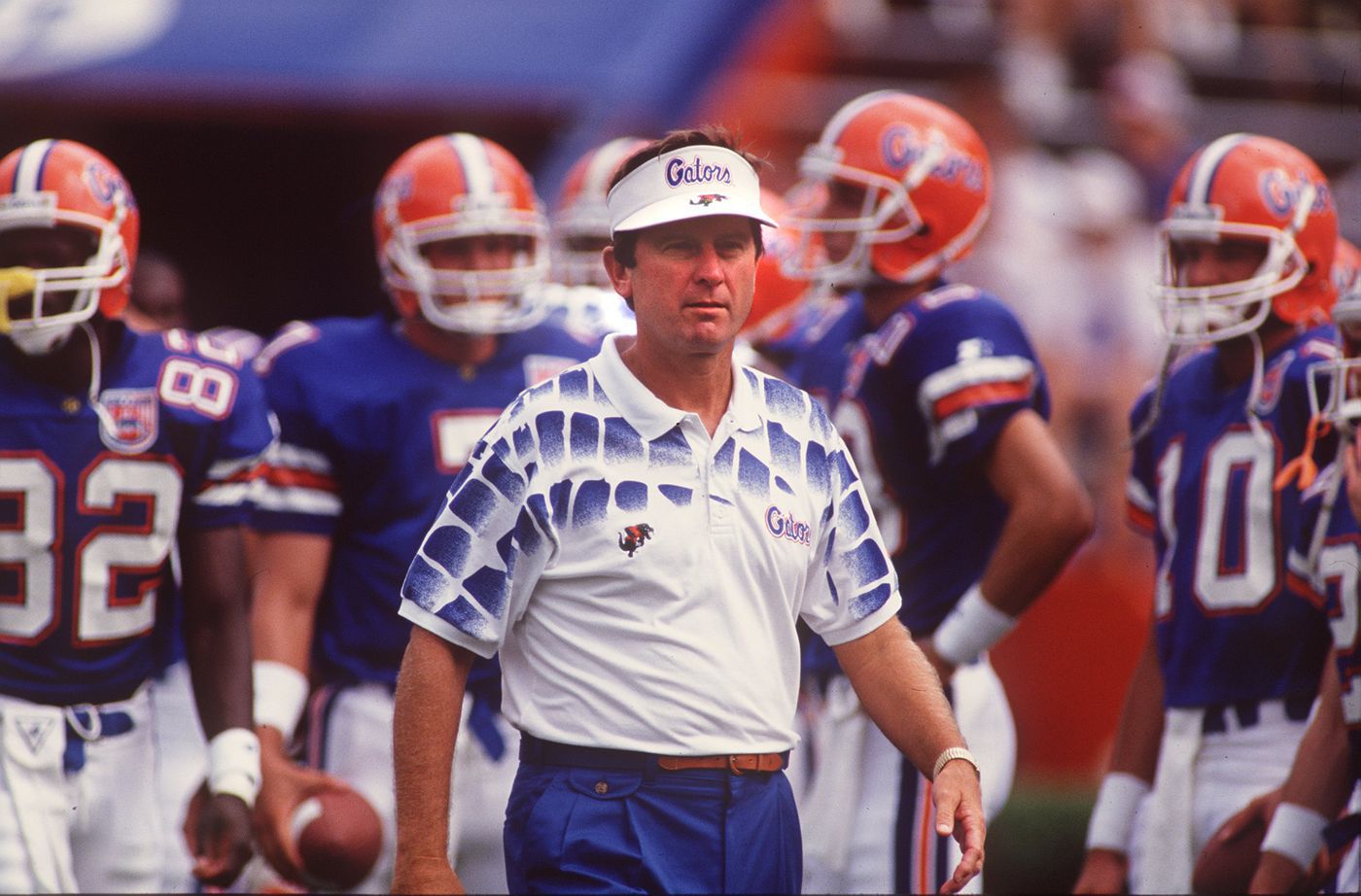 I don’t ever hear much from Georgia fans now. Most football fans, if coaches have success where they’re at, generally if you’re not coaching against their team, they’re OK with you. It’s sort of interesting, looking back.

That’s right. Alabama was 6-6. We were 6-6. They got to go to a bowl game, and we didn’t. That’s when I started saying, "Hey, this thing isn’t always fair." Saban’s first year, 6-6, lose to Louisiana-Monroe; two years later, win a national championship. How’s that. Anyway, that was the only year we didn’t have a winning season until the last one I was there.

I didn’t have any thought whatsoever about LSU [winning the national title with two losses]. We were trying to win more than we lost and go to a bowl game. That was just about our goal for our team that year. Got off to such a good start at 6-1.

When I got to Florida in ‘90, through ‘96 we won the SEC six of those seven years [Florida was ineligible in 1990 because of NCAA probation from years prior, but had the SEC’s best record]. And we all sit around here, thinking we had to beat Tennessee and Georgia all the time, but we beat Alabama five of those six years. And uh, I saw Coach [Gene] Stallings at the SEC Championship Game this past year. They brought us back to commemorate the first title game 25 years ago. And they beat us in the ’92 Championship Game, and then we beat ‘em in '93, '94, and '96. But we also beat ‘em in ’90 and ’91 when it was the regular season, no championship.

I said, "Coach, I was looking back. If we don’t beat you guys, you win all those years."

And I’d never really thought about it. We’re down here at Florida, always thinking we’ve got to beat Georgia or Tennessee. But Alabama was the team five of the six times we had to beat for the championship.

Wasn’t the situation in ’07, but it was a lot back then. And somehow we found a way to play really well against those guys.