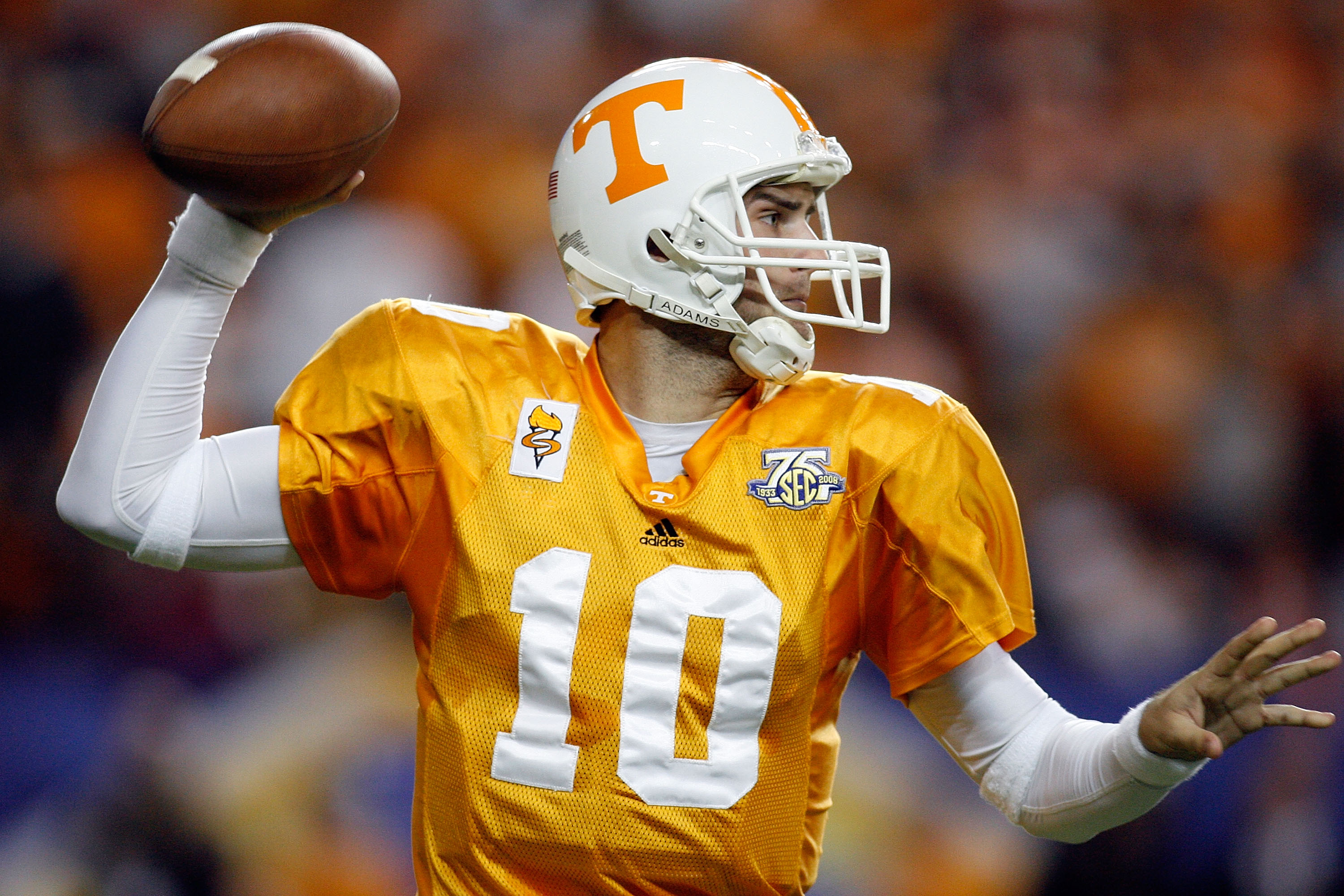 Remember when Tennessee was one of the powerhouses of the SEC? If you don’t, that’s because it’s been a good while.

Under former UT head coach Phillip Fulmer, the Volunteers enjoyed consistent success, highlighted by a national championship in 1998. That was followed up with six seasons featuring nine or more wins.

The Vols went 5-7 in 2008, Fulmer’s last season in Knoxville. Less than a month after that, Lane Kiffin was hired, fresh off being fired by the Raiders. Since then:

But the season before Fulmer’s last, the Vols made it to the SEC Championship.

All that was standing in the way of a trip to Atlanta was a game against Kentucky. The Wildcats were tied with Tennessee in the East, and a win in Lexington would clinch the division for the Vols. Tennessee survived a dogfight, pulling out a 52-50 win in quadruple overtime.

Next up was the No. 7 LSU Tigers, who’d lost a classic to Arkansas on Black Friday to fall from the No. 1 spot. The Tigers were favored by seven points.

After an up-and-down UT season, along with calls for Fulmer to get fired, the opportunity to beat LSU and win the SEC was a bright spot.

The game was a pretty entertaining one, and it looked like Tennessee could pull it off. The Vols went to the locker room with a 7-6 lead. The Tigers scored a touchdown early in the third, but Tennessee responded. 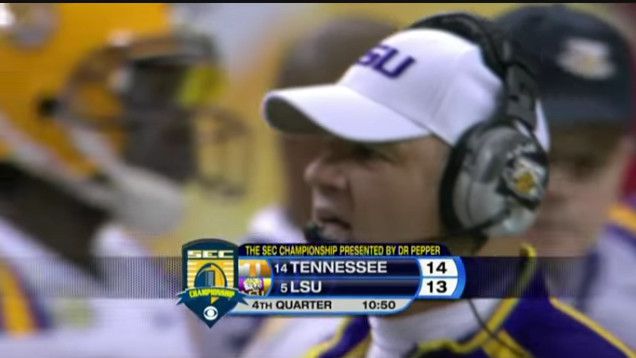 But pretty early in the fourth quarter, Tennessee’s Erik Ainge was intercepted by LSU’s aggressive Jonathan Zenon, who returned it for a touchdown. The score sealed a Tigers victory, and LSU went on to win the BCS title. Tennessee only turned the ball over once all day, which was once too many.

That means in this GIF, when the clock’s at 9:59 in the fourth quarter of the 2007 SEC Championship, you’re looking at the most recent true peak of Tennessee football.

After beating Wisconsin in the Outback Bowl, Tennessee finished No. 12, which is 10 or more spots better than every season since. It’s no wonder UT recently brought back Fulmer as a university adviser.