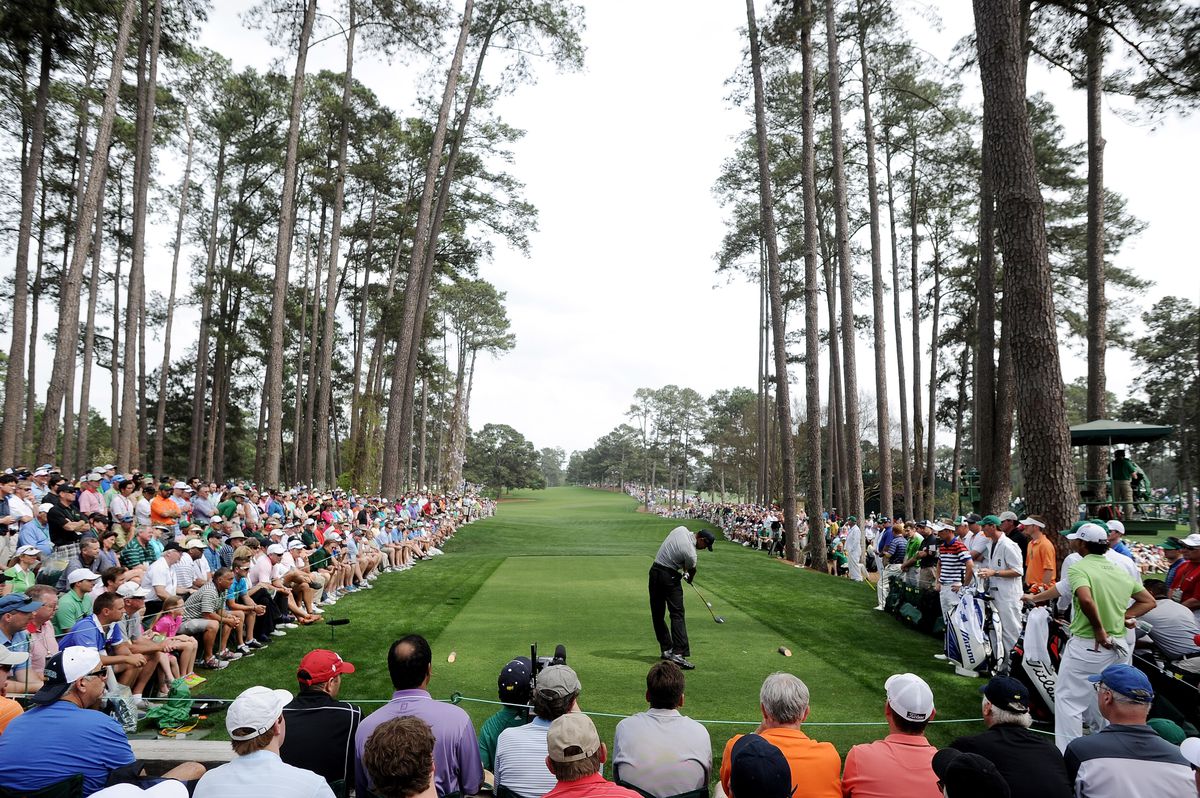 The shots you need at Augusta to win the Masters, or not embarrass yourself

Saying there are four shots you need to play well at a given golf venue is a generous oversimplification. Such would require the assumption that golf is formulaic, in that a few desired inputs will produce the output of a green jacket, a trophy of a clubhouse and lots of lots of money.

Golf does not do this, because golf is dumb. The person that executes the most golf shots exactly how they plan them will, most likely, not win. They could finish in a tie for 31st. They could finish 12th. They could finish in the most heartbreaking of second place after a squirrel eats their golf ball and it’s unable to be found among the pine straw. Just kidding! Squirrels don’t exist at Augusta. Whatever. This is golf, and dumb things happen. Even at Augusta National, which might as well be constructed inside a geodesic dome where Bad Outside Things don’t exist. Something dumb will happen to someone. You get the point.

If dumb things were to not happen, here are the four things that you* should have in your arsenal in order to play good golf at Augusta National.

*You will never, ever, ever play this golf course. Pimento cheese sandwiches are trash anyway, you’re not missing much.

RIGHT-TO-LEFT WILL MAKE YOU RICH

Quick! Name four multiple-time Masters winners off the top of your head. Jack, Tiger, Phil, Bubba. There’s a dang good chance those are the four names you rattle off — and there’s a reason why they’ve had so much success here. Why? They’re able (or, you know, were able if you’re Jack or Tiger) to work the ball back and forth as well as any in the game.

Jack famously said all you need to win at Augusta is a high draw; Bubba and Phil are known for long, majestic, lefty cut shots; and mid-2000s Tiger Woods was actually able to control a draw rather than snap-hook the golf ball into your neighbor’s front yard. Holes 2, 5, 9, 10, 13 & 14 all suit such a right-to-left movement off the tee, and it works in approaching a number of other green complexes. For right-handers, that’s a draw — which isn’t the preferred flight for most modern tour pros that want to control the golf ball. It’s far easier to overcook a draw into a out-and-out hook — and that’s why you’ve seen lefties have more and more success at Augusta as technology makes it easier to hit the ball further with a controlled cut.

Is this an oversimplification? Sure! But it’s also largely accurate. Augusta is the Grand Poobah of parkland-style golf courses. Big, tall, tree-lined fairways with elevated greens & false fronts. It’s the classical American golf course for the American style player that wants to hit high, towering tee shots and approaches with mid-irons that fly the golf ball all the way to the hole.

Wind isn’t a non-factor at Augusta, but it’s certainly less so than at windswept seaside links courses that you’ll see in Great Britain and Ireland, or American imitations of such at Chambers Bay or Whistling Straits. Growing up on such courses on the Isles, it’s much more common for players to learn to use the ground to their advantage with approach shots. Augusta generally doesn’t accommodate this style of play well, and it’s not a coincidence that no player from Britain or Ireland has won here since Nick Faldo in 1996.

YOU SHOULD PROBABLY MAKE SOME PUTTS, I GUESS

This one seems self-explanatory. No one has ever won any major without making a few clutch ones — and this year’s Masters won’t be any different. At some point, you’re probably going to have an 8-to-10 footer to save par when your round’s on the rocks. Never put too much money on a guy that’s had a balky putter heading into this week or has a history of booting clutch makeable putts in majors (Hi Sergio!) for this reason.

LITERALLY MAKE THINGS UP AS YOU GO

At Augusta, some times you’re just gonna need to make stuff happen. Augusta puts a value and a premium on varied shot-making. Like, sometimes a banana hook with a short iron from the trees.

Or nearly firing a golf ball off a tree back into your face.

Or making Uncle Verne nearly de-pants with some greenside magic.

11 days until #themasters. 11 years ago, @TigerWoods holed out on No. 16 to help him win. #cominginapril Watch:https://t.co/BWfO21Dhce

A prerequisite for winning the Masters is creativity in shot-making. Unless there’s someone out there with a flawless week in the works, every member of the field will be faced with a shot at some point over the weekend where the plan of execution is not materially different than you at your local club, several beers deep saying, “WELP LEMME TRY THIS.” The difference is, however, that your attempt at pulling off one of these ends up deeper into the woods than it started — and these guys end up in Butler Cabin.

Don’t try it at home.