The 2017 Final Four in Phoenix figures to be a weekend that features a little bit of all the different parts that make March Madness the most attractive and exciting postseason in all of American sports.

For starters, you have a powerhouse program in North Carolina, which will be making its 20th all-time appearance at the Final Four, the most of any program in the country. Then there's Gonzaga, the mid-major Cinderella that did the unthinkable by becoming a national powerhouse, and which is now looking for the final (and most important) notch in its credibility belt. Oregon represents the classic under-the-radar power that felt like it was under-valued all season long, and has now had the chance to prove it on the sport's biggest stage. The unpredictability of the event is well-represented in South Carolina, a seven seed that hadn't won a game in the Big Dance in 43 years before stringing together four straight over the last two weeks.

While everyone likely believes they have a good idea how the final two days of the 2016-17 college hoops season is going to play out, that least two weeks have proven how little we know. Don't be surprised if an unpredictable year gets wrapped up with an unpredictable finish. 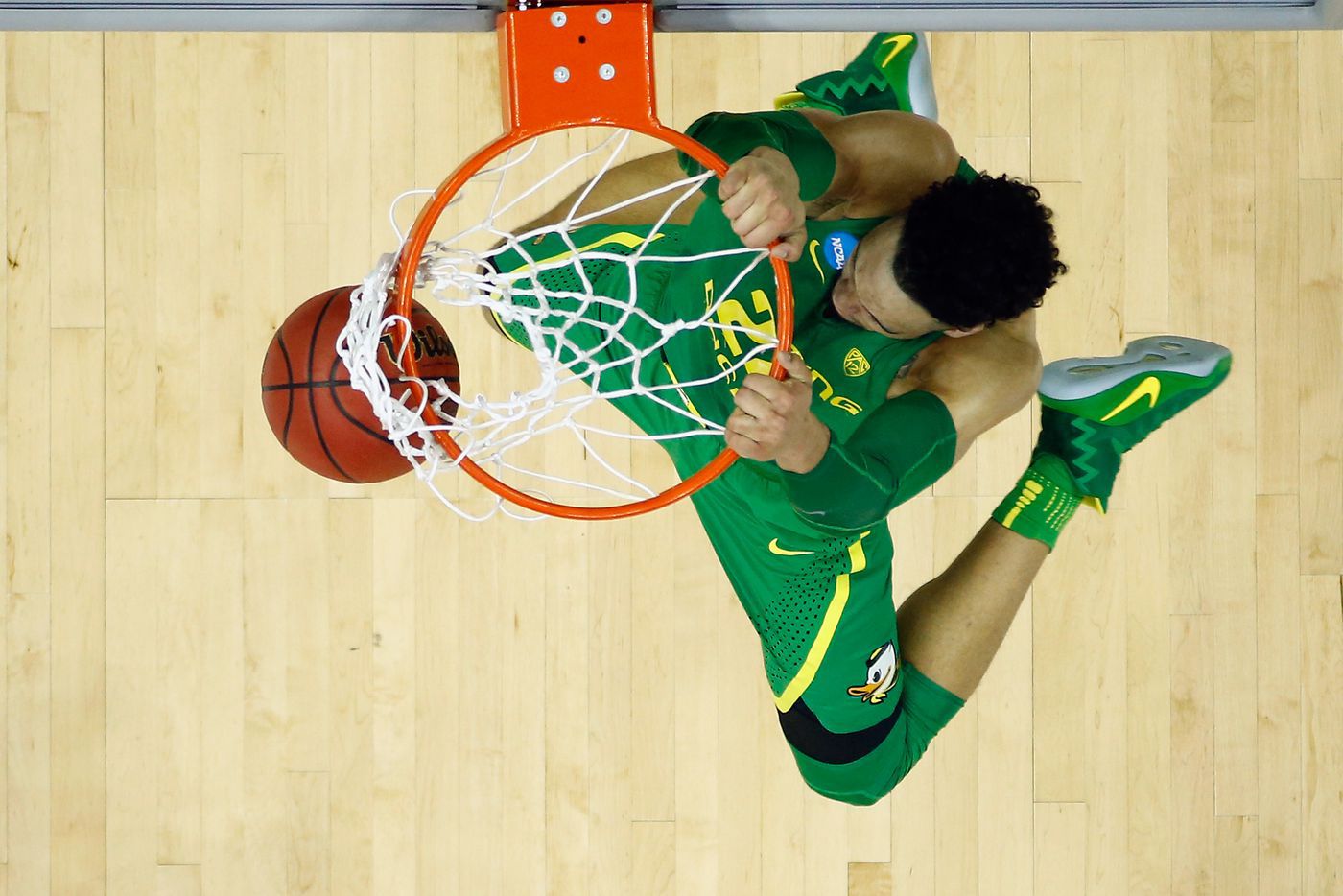 It's easy to forget that Oregon actually began the 2016-17 ranked ahead of North Carolina. The Ducks were No. 5 in the preseason polls from both the Associated Press and USA Today, one spot ahead of the Tar Heels.

The preseason hype for Dana Altman's team simmered a bit when Oregon lost two of its first four games of the season. Never mind that star guard Dillon Brooks missed the loss to Baylor because of a foot injury and that he was limited in the loss to Georgetown for the same reason, the shine was taken away off the Ducks before the rest of the country even had a chance to start paying attention to them.

Eventually, Brooks got back to full strength and so did his team. Oregon reeled off 17 consecutive victories and finished tied with Arizona atop the Pac-12 standings at 16-2. Then, with the Ducks fighting for both a No. 1 seed in the Big Dance and a Pac-12 tournament title, the injury bug reared its head again. Hours before the Pac-12 title game, it was announced that senior big man Chris Boucher was done for the season because of an ACL tear suffered in the semifinals the night before. Boucher had been averaging 11.1 points, 6.1 rebounds and 2.6 blocks per game in a senior season where he had established himself as Oregon's best defensive player.

With Boucher out, it was on others to step up and shoulder a higher amount of the team's production load. No one has done that more than sophomore guard Tyler Dorsey, who has scored 20 points or more in seven consecutive games. Midwest Regional MVP Jordan Bell has also become a March monster. He's notched a double-double in four of Oregon's last five games, and was two blocked shots away from posting a triple-double in his team's regional final upset of top-seeded Kansas.

Oregon has been to a Final Four before, but that doesn't mean they won't be a stranger in Phoenix. The Ducks won the first NCAA tournament ever all the way back in 1939, and this will be their first trip to the national semifinals since. 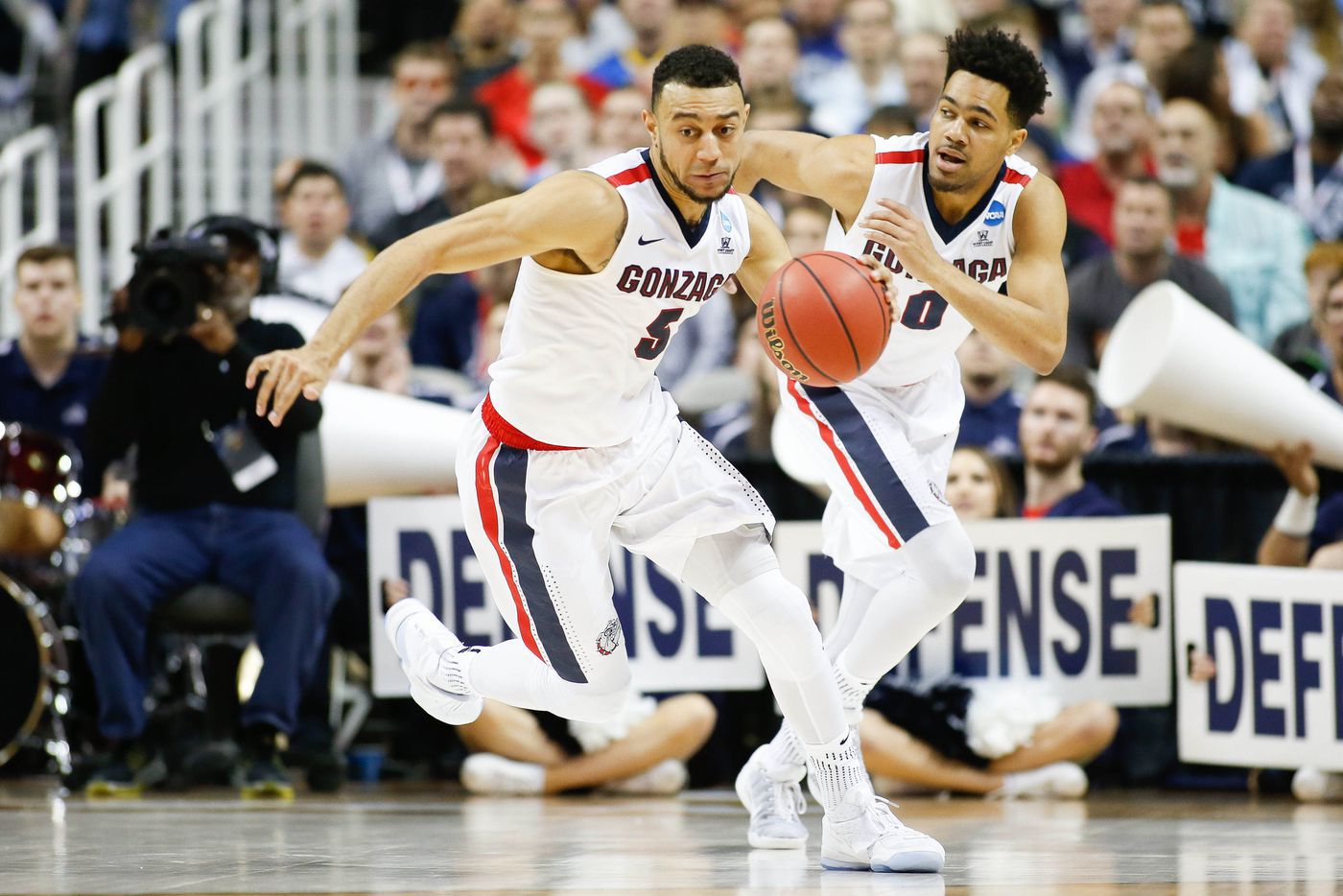 Despite making 19 consecutive NCAA tournament appearances and winning at least one game in the last nine Big Dances, there were still those who wanted to see more from Gonzaga. They got their wish in 2017, as the Zags can never again be referred to as "the winningest college basketball program never to make a Final Four."

Gonzaga didn't taste defeat in 2016-17 until its very last game of the regular season, a stunning 79-71 home loss at the hands of BYU. That loss stripped the Bulldogs from having any shot at being the NCAA tournament's No. 1 overall seed, but a 32-1 mark that included wins over eventual tournament victors like Arizona, Michigan, Iowa State and Saint Mary's (three times) was still enough in the Committee's eyes to make Mark Few's team that headliner in the West Region.

After receiving tough tests from eighth-seeded Northwestern in the second round fourth-seeded West Virginia in the third, everything clicked for Gonzaga in the Elite Eight. The third time in a regional final proved to be the charm, as the Bulldogs dropped the hammer on 11th-seeded Xavier, punching their ticket to the Final Four with an 83-59 rout.

For this Gonzaga team to have a different level of success in the NCAA tournament, it had to first gain a different level of athleticism on its roster. Few accomplished that by landing high-profile transfer in WCC Player of the Year and All-American candidate Nigel Williams-Goss (Washington), backcourt mate Jordan Matthews (Cal) and junior swingman Johnathan Williams (Missouri). That trio combined with veteran big man Przemek Karnowski and super-talented freshman big man Zach Collins have formed the biggest, most complete and overall best stable of talent in Gonzaga's two decade run as a player on the national scene.

Now we get to find out if it also forms the best team in college basketball this season. 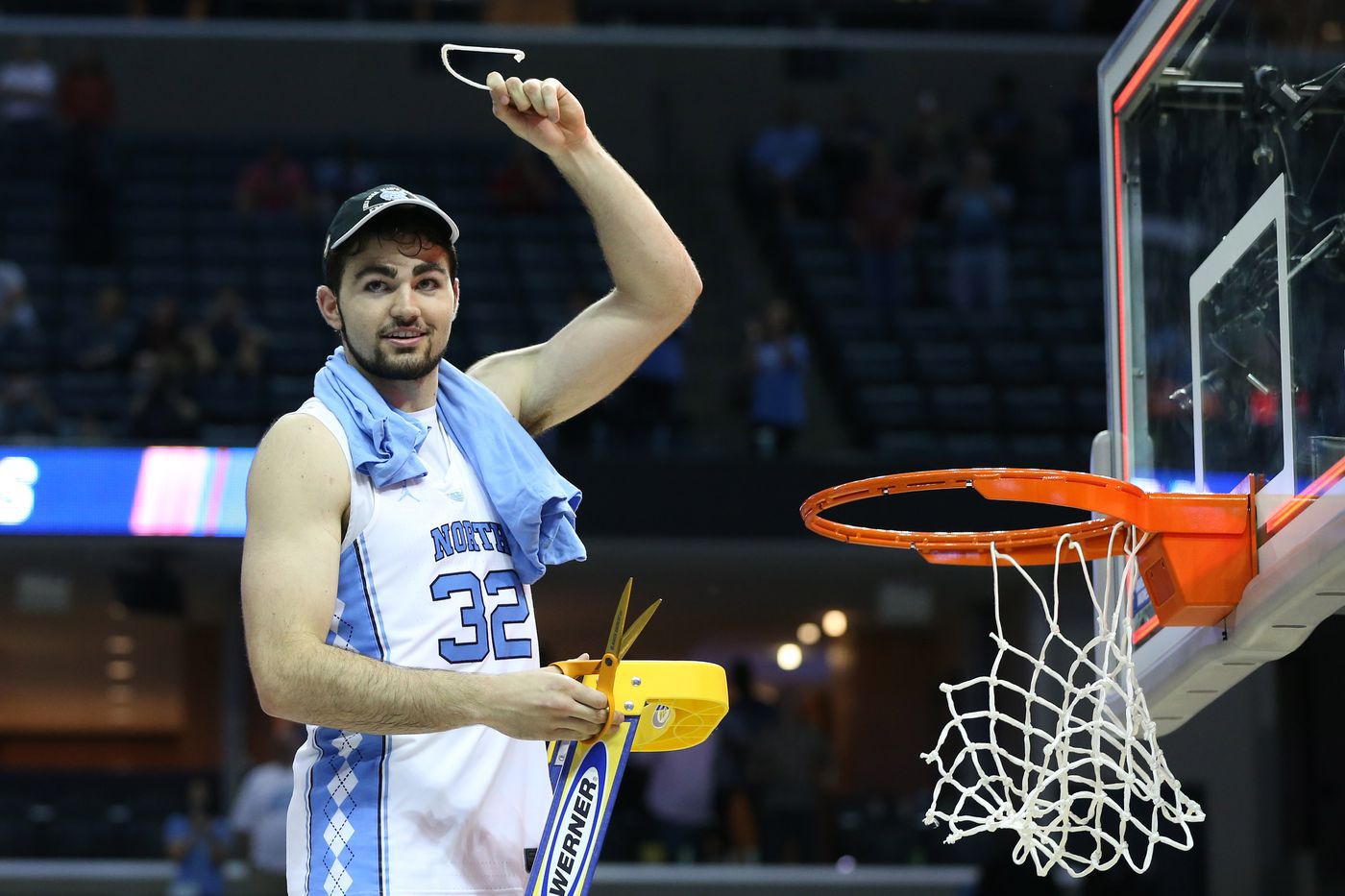 North Carolina may not be the only No. 1 seed still standing, but there's little doubt that the Tar Heels are now the overwhelming favorite to cut down the nets inside University of Phoenix Stadium. After winning the ACC's regular season championship by a full two games, the Tar Heels were rewarded by the NCAA Tournament Selection Committee with the top seed in the South Region.

UNC claimed the South Regional title by knocking off Texas Southern, Arkansas, Butler and Kentucky in consecutive games. The final win of that quartet was a 75-73 thriller over the second-seeded Wildcats in which North Carolina's Luke Maye hit a dramatic game winner with just 0.3 seconds to play. The shot was sweet redemption for a Tar Heel team that was beaten at the buzzer by Kris Jenkins and Villanova in 2016 national championship game.

Always known for their ability to put points on the board, North Carolina enters the Final Four ranking third in the nation in assists per game (18.2) and ninth in points per game (85.0). They are especially potent on the glass, where they lead the country in both rebounds per game (43.7) and offensive rebound percentage (40.9 percent).

ACC Player of the Year Justin Jackson leads the team in scoring at 18.2 points per game, but there are three other Tar Heels who average better than 12.0 ppg. Junior point guard Joel Berry (14.6 ppg/3.6 apg) makes the UNC offense go, while big man Kennedy Meeks (12.3 ppg/9.3 rpg) has finally become a complete player in his senior season.

This will be the ninth Final Four appearance for head coach Roy Williams, who now ranks behind only only John Wooden (12), Mike Krzyzewski (12), and Dean Smith (11) in that category. Under Williams, the Tar Heels have won both their national championships in years where the team has both won the Maui Invitational and not won the ACC tournament, a pair of attributes the 2016-17 team owns. The Heels are making their 20th all-time appearance at the Final Four, the most of any program in history. 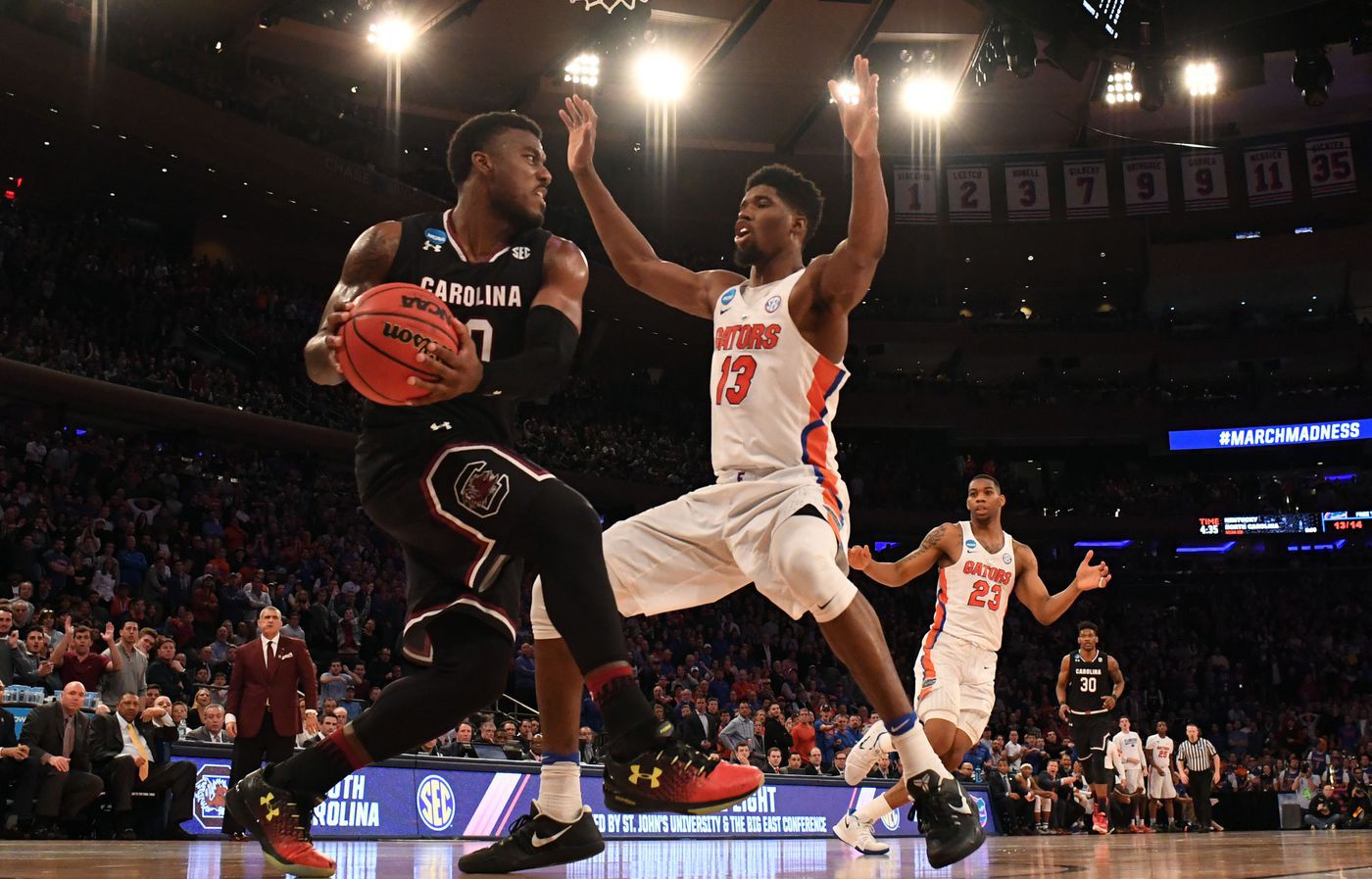 South Carolina might not be a March Madness Cinderella in the most traditional sense. That role is typically reserved for the little guy, the small conference champion who makes the most of their rare moment in the spotlight by stunning a national powerhouse or two. It's a mold that a state school with a big-time coach from a power conference doesn't seem to fit.

There was nothing in the weeks leading up to the NCAA tournament that indicated South Carolina could be capable of winning more than one game in the Big Dance, let alone four. The team had dropped five of its last seven games, with four of those defeats coming by seven points or more. If there was a reason to talk about the Gamecocks on Selection Sunday, it was to label them as arguably the most over-seeded team in the field of 68.

Two weeks later, Frank Martin's seventh-seeded South Carolina squad is somehow one of the final four teams still dancing. The team has thrived on its defense all season, but the biggest way to explain its recent run of success is to point to star guard Sindarius Thornwell. The SEC Player of the Year is the leading scorer in the tournament, scoring somewhere between 24 and 29 points in each of USC's four wins. If that continues, and a supporting cast that features super-talented backcourt mate PJ Dozier continued to pull its weight, then the Gamecocks might not be done shocking the college basketball world.