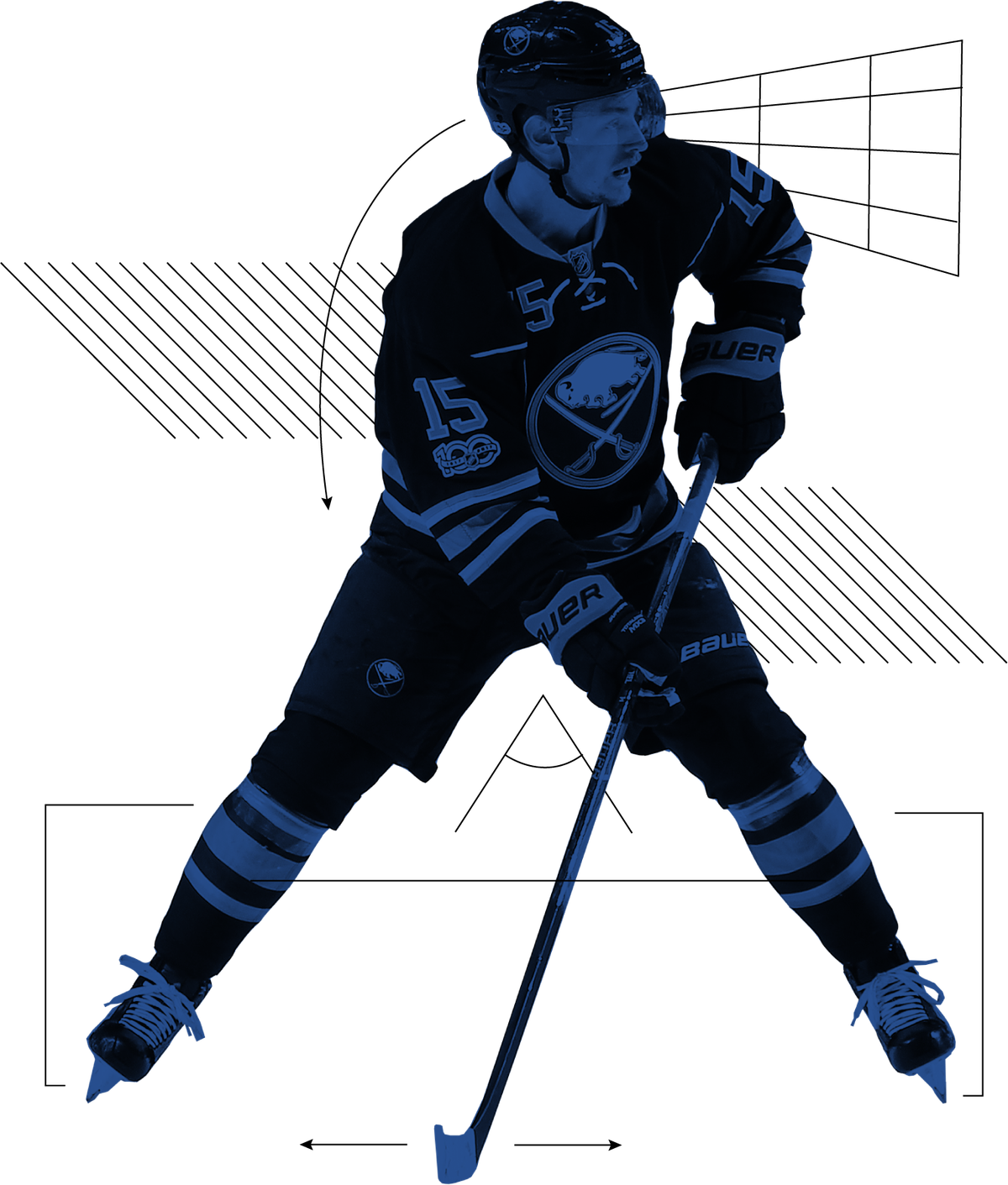 You can’t talk about the Buffalo Sabres without focusing on Jack Eichel. The No. 2 pick in the 2015 NHL Draft has been overshadowed by Connor McDavid during his first two seasons, yet he’s on the cusp of becoming the franchise cornerstone many expected when he joined the NHL.

Eichel’s development will likely determine just how good the Sabres can be going forward. As we’ve seen with McDavid in Edmonton, one player can really make a difference if they’re good enough. Eichel may not quite be on the same level as the reigning Hart Trophy winner, but he’s not that far off, either.

Last season as a 20-year-old, he played at a 76-point pace per 82 games while posting one of the highest shot rates in the league. There’s a very good chance he’s a point-per-game player this season.

And Eichel isn’t the only reason to be optimistic about where the Sabres are going. They brought in a new coach, Phil Housley, who spent the past four seasons helping turn the Predators into a defensive juggernaut. Rasmus Ristolainen, one of the league’s most divisive players, will get new opportunities working in a new system.

Buffalo may only go as far as the young core of Eichel, Ristolainen, and Sam Reinhart can take them, but they’re a year older and surrounded by more talent than ever. The Sabres are still a work-in-progress, but if Housley can get his young stars in the right places to succeed, it could be a fun year.

Questions&AnswersWith Ryan Wolfe from Die by the Blade

Can Phil Housley be the key to the defense?

It is no secret throughout the hockey world that Dan Bylsma did not work out for the Buffalo Sabres. How do they reverse that? By grabbing Hall of Fame defenseman Phil Housley from the Nashville Predators.

Housley’s ability to mold and coach an effective defense is well-noted, especially with Nashville’s run to the Stanley Cup Final last season.

There are young pieces (McCabe and Ristolainen), veteran pieces (Bogosian and Gorges) and new pieces (Antipin, Beaulieu and Scandella) — all have to be figured out by the defensive guru but all bets are on Housley figuring it out sooner than later.

What more can Jack Eichel do?

Jack Eichel very good at the hockey, if you haven’t seen lately. Coming off a very impressive sophomore season, which started late due to a high-ankle sprain, Eichel was on pace for at least a 30-goal season for the first time in his young NHL career.

His most recent campaign of 57 points (24 goals, 33 assists) in 61 games has fans clamoring for more. Don’t worry though, Eichel himself knows he can be better while awaiting a much-talked about contract extension.

Do not be surprised if Eichel rockets himself into the next hockey stratosphere, as he takes another step toward becoming one of the NHL’s next young superstars.

Will consistency continue to dog this young team?

The offseason goal of new general manager Jason Botterill was to become a much deeper team. Coming off of an impressive run being one of the building minds behind the back-to-back Stanley Cup Champion Pittsburgh Penguins, Botterill knows a thing or two about winning hockey teams.

Buffalo made sure to improve their biggest inconsistency — defense. Botterill acquired Victor Antipin in free agency, while trading for Nathan Beaulieu and Marco Scandella.

Offensively, one big consistency question mark will be forward Evander Kane. In the final year of his contract, will Kane be again able to put it together offensively and score 25+ goals or was last season an offensive aberration? If Buffalo wants to make noise in the Eastern Conference, they better hope it ends up being the former.