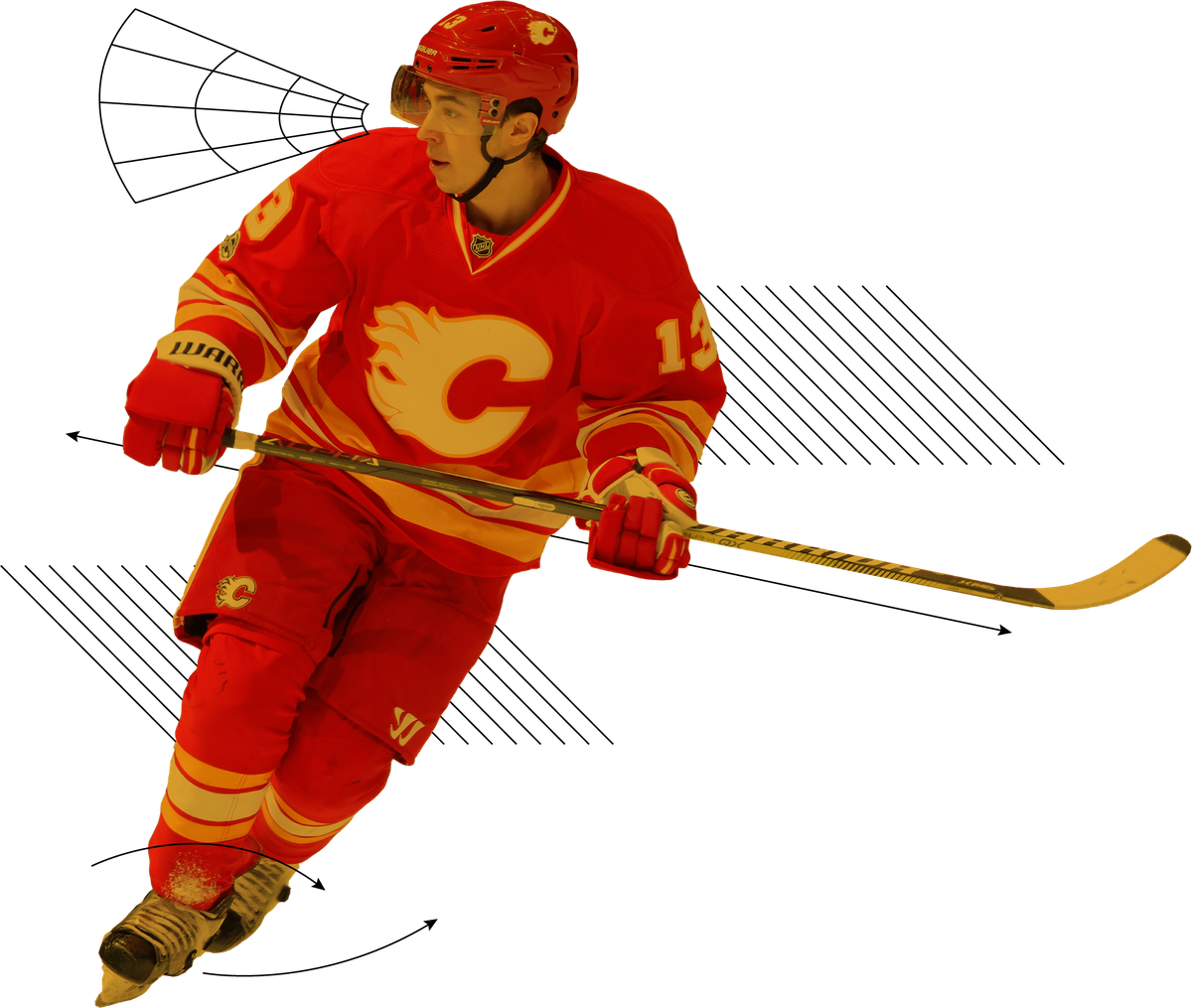 There’s a lot to be excited about for fans of the Calgary Flames. Johnny Gaudreau has blossomed into one of the league’s best wingers. Sean Monahan and Matthew Tkachuk are leading the offensive charge behind their star forward. Mikael Backlund has blossomed as a two-way center.

Oh, and Jaromir Jagr has joined the team on a one-year deal.

Calgary even added to its already solid defensive core, as Mark Giordano, Dougie Hamilton, and T.J. Brodie will have Travis Hamonic to play with after an offseason trade with the Islanders. The Flames will have to do better than their four-game exit from the playoffs last season, but the kids are making their marks already in Calgary.

Goaltending will be the big question mark for the team. The Flames got underwhelming performance from Brian Elliott and Chad Johnson last season, so they went out and acquired ... Mike Smith? The longtime Coyotes netminder has a .912 save percentage over the past five seasons, which is almost identical to what Elliott and Johnson did last season.

Smith probably won’t be a major upgrade for the Flames, so it’ll be up to the players in front of him to push this team forward. Luckily they’ve done a great job of assembling a strong core over the past few years.

How will the newest goaltending duo fare in Calgary?

When the Calgary Flames went out and acquired Mike Smith from Arizona and Eddie Lack from Carolina, reactions were mixed to say the least. With many more tantalizing names on the market such as Marc-Andre Fleury or Ben Bishop, the fact that the Flames came home with this tandem was somewhat disappointing.

Taking a shot with Mike Smith shows that the Flames are banking on Smith having a renaissance in his mid-30s albeit with a significantly better team than the Coyotes. He’s had his good and bad moments so far in the preseason and I’m already certain that I’ll have a few heart attacks watching him play the puck this year. For the backup position I don’t really understand why the Flames brought in Eddie Lack, he had a disastrous year with Carolina, and hasn’t looked good in the preseason. I wouldn’t be shocked if David Rittich or Jon Gillies get an extended look in Calgary if they come up to the NHL roster this year.

All in all, the Flames will need adequate goaltending this season but more importantly they’ll need consistency. The Flames have the talent in front of their goaltenders, now they just need somebody behind them who will make all of the easy saves, and a good chunk of the difficult ones. Mike Smith SHOULD be able to do that, but there’s still more than enough unease to go around in Calgary.

Can Calgary hang with Anaheim and Edmonton?

The Flames went a combined 1-10-2 last season against the Anaheim Ducks and Edmonton Oilers including the playoffs. Once again both those teams will be the big dogs in the Pacific Division, and for the Flames to go anywhere, they have to get through both of them. The Flames were solid against the rest of the division going 12-6-2 in the regular season, so it’s these two teams that are the big problem.

The key to the Flames making a push for the division this season is that they must start strong. Last year they started 5-10-1 and were playing catch-up for most of the season. With the Ducks missing some key players to injuries, the Flames must take advantage and gain some ground on Anaheim early in the year. The Oilers will be another big challenge and while it’s not likely that they’ll sweep Calgary again, every Battle of Alberta will be a true battle.

For the Flames to hang with these two teams, they have to play a game that mixes speed and grit. Calgary can’t afford to get behind the eight ball this season with a slow start, or with dropping head-to-head matchups like they did last year. They also need to win in Anaheim!

Can Sam Bennett shake off his sophomore slump?

Sam Bennett had a tough 2016-17 season, dropping from 36 to 26 points while finishing with a -16 rating which tied for worst on the team. It was a disappointing year for Bennett, and it had many people raising questions about the future of the highest draft pick in Flames history.

The biggest limitation to Bennett having a good season is that the Flames once again seem steadfast in their belief that he must be on a line with Troy Brouwer. Brouwer dragged down every linemate he had last season, none more so than Bennett. In the few games away from him, Bennett looked like a completely different player. Even during this preseason, Bennett was looking like a top level playmaker (had three assists vs Arizona while with Micheal Ferland and Johnny Gaudreau) but was very unnoticeable when Brouwer was put on his line last Thursday against Vancouver.

The most frustrating thing about Bennett is that he’s shown many flashes of brilliance over the last two seasons, but consistency has really plagued his game. While Bennett wasn’t lighting the lamp much last season, he did add a distinctive physical edge to his game that still made him a valuable player. The Flames have been spoiled by youth making a big impact at a young age, so patience with Bennett is needed. If he can have a strong season with 45-50 points while making a physical impact, his $1.95 million contract will look like a steal.