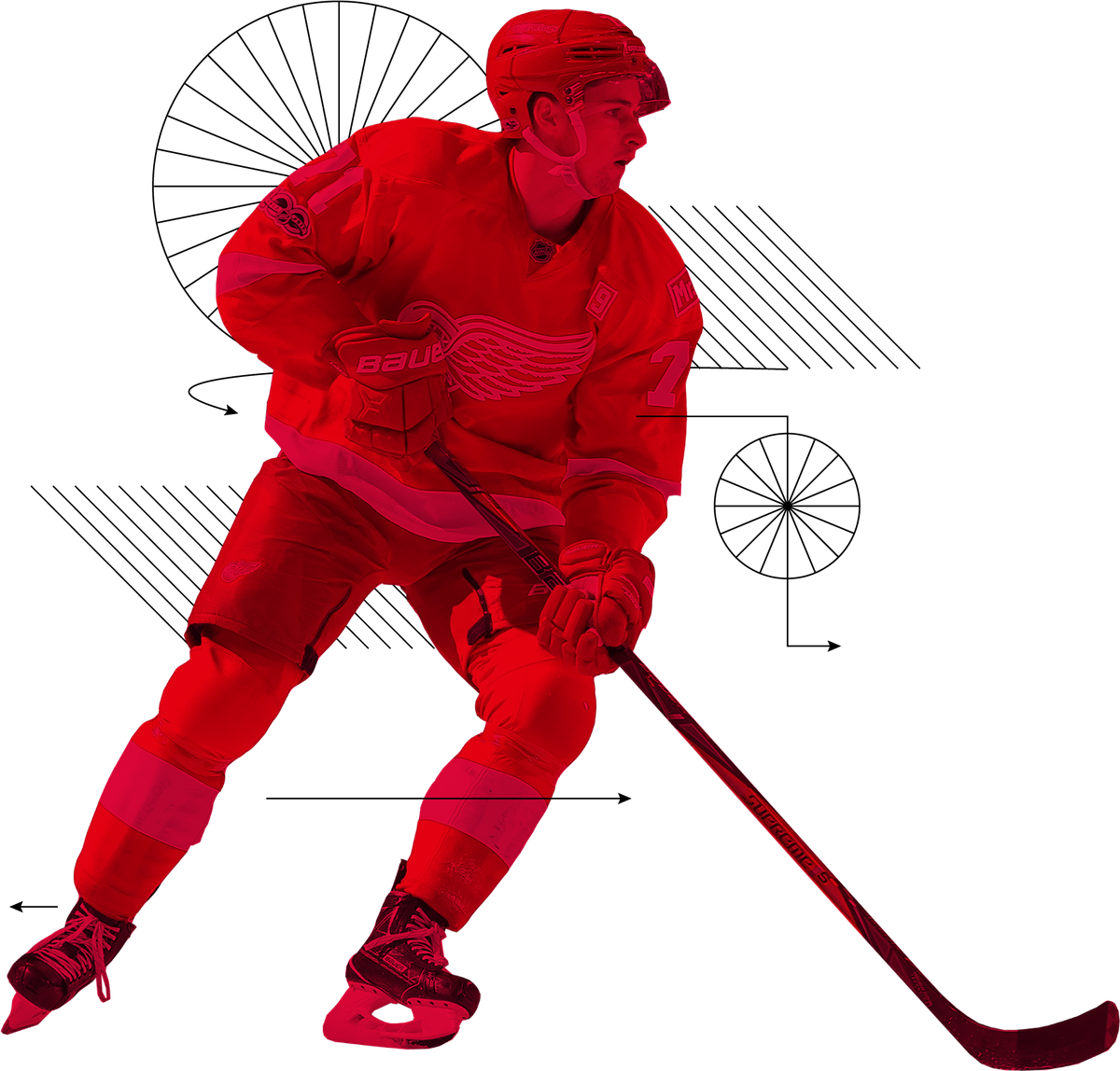 The Detroit Red Wings missed the playoffs for the first time since 1990 last season. Now in need of a rebuild and saddled with several ugly contracts, the odds of starting a new postseason streak anytime soon don’t look great.

Coming off the glory years of the 2000s, the Red Wings have struggled to replenish their roster with high-end talent. The team didn’t have a top-10 draft pick from 1990 through 2016, so there weren’t many opportunities to acquire the elite prospects who most often go on to become stars.

That’s not an uncommon issue for an NHL team, but the Red Wings find themselves in a bit of no man’s land given their contract situation. The team would ideally blow it all up and try to begin building around Dylan Larkin, Anthony Mantha, and Andreas Athanasiou. However, hefty contracts for the likes of Frans Nielsen, Justin Abdelkader, Johan Franzen, Darren Helm, Danny DeKeyser, Jonathan Ericsson, Jimmy Howard, and Trevor Daley don’t exactly give the team a lot of appealing assets.

So the Red Wings will be competing to win in 2017-18 with all those veterans, even though the ideal scenario would likely be winning the lottery and a chance to draft a franchise cornerstone. In this parity-filled NHL, anything can happen, but few teams have more question marks than Detroit right now.

Questions&AnswersWith Lauren Bedard from Winging it in Motown

What does the end of The Streak mean for the philosophy of the team?

The pressure of continuing the playoff streak with the “just get in and see what happens” philosophy has led to the over-reliance on veterans, especially in the last few seasons. The management’s track record in bubble situations has trended toward stand-pat trade deadlines or marginal improvements at the cost of picks and prospects, neither of which benefit a club in need of restocking the prospect cupboard. The bar of success for the club seemingly shifted to the short-term goal of simply making the post-season instead of the long-game path to a Stanley Cup.

Bringing up the rear of the Eastern Conference as the 2017 trade deadline drew near finally saw the Red Wings sell off a few assets. They ended in a dreary seventh place in the Atlantic Division and 25th overall in the league, a hard drop from the bubble team they were expected to be once again. To some who watched the Wings last season, they presented as an underachieving club rather than playing to the best of a poor potential. Perhaps this was also the interpretation by management, leading to a hesitancy to kick the rebuild into high gear.

But the final year of what’s assumed to be Ken Holland’s last contract as general manager comes in his first without a coveted playoff appearance, and a new season offers the clean slate Detroit desperately needs to shake off past disappointments. Depending on how much of a transition period the front office is already in, we may see more influence on decisions from his assistants, including presumed successor Ryan Martin. If Holland still holds the final decisions and Detroit finds themselves in another bubble situation, however, they very well could go back to the old plan of action, one that might end in a post-season appearance but most likely gets them far from a lottery pick and false hope for “reloading on the fly.”

Will the youth up front finally be given full reign?

The longstanding pattern of player development in Detroit has been to keep young players from being rushed, often seemingly keeping them as far away from the pressures of the NHL for as long as possible while putting stock in a string of veterans that represent the “safe choice.” Combine that with a few epitomic sunk-cost fallacies and what’s resulted is a seasons-long logjam of players with no end in sight, especially on the back end. The door was opened for what many fans assumed would be a youth-oriented bench boss in Jeff Blashill, but two years later the cast is nearly identical.

Looking through the preseason roster doesn’t immediately inspire much hope for something new. But as an organization that’s just seen the end of a historic playoff streak and ready to christen a long-awaited, brand-new arena, it’s easy to see the Red Wings as a team in search of a new identity.

Gustav Nyquist and Tomas Tatar have moved from being Fresh New Faces to Reliable Veterans, known entities that have established themselves as the team’s top scorers. Henrik Zetterberg returns this fall as the team’s uncontested leader, after a surprising 82-game campaign and a team-leading points-per-game statistic. With the biggest splashes coming from Dylan Larkin, Anthony Mantha, and the still-unsigned Andreas Athanasiou, the team is in prime position to groom them into the next faces of the organization. It is key for the coaches to allow these young men to try and fail, to pair them with stable, experienced linemates like Nyquist, Tatar, and Zetterberg and allow them the chance to pull this team as far as they can take it. Let them learn, experience, and take responsibility no matter who wears the letters in the room, and start making this team their own.

The lengthy, expensive contracts of Justin Abdelkader, Frans Nielsen, and Darren Helm make it difficult to actually put plans like that in motion. They occupy the middle-six center and wing positions that Larkin, Mantha, and Athanasiou should be penned in for, and the lingering concept of kids taking spots from veterans rather than being handed better opportunities led to some absurdly low ice times for the brightest spots on the roster last season.

What on earth will happen with the defense?

On the blue line, the logjam is even more complicated. Mike Green may be the Wings’ best defenseman, but as a pending UFA at the end of this season, he’s likely to be a ripe trade piece come the deadline. Even so, too much money is still tied up in the contracts of Niklas Kronwall and Jonathan Ericsson, who at this point have fallen off so unpredictably hard that even in lower-pairing roles last season, they were more of a benefit to their team when they weren’t on the ice. Danny DeKeyser has already struggled to live up to his new long-term deal.

Xavier Ouellet finally earned a regular spot on the roster last year, but Ryan Sproul still found himself a healthy scratch more often than not until a knee injury ended his season in early March. Nick Jensen has long lost waiver exemption, but hasn’t yet cracked 50 NHL games.

Already the seven slots for defensemen were filled without new signing Trevor Daley in the mix. This addition leaves less room for those players searching for consistency, and even if the older guys see more rest this season, Sproul and Jensen as the least-experienced will likely be the ones that rotate in and out of the press box.

Blue-line prospects Joe Hicketts, Vili Saarijarvi, and Filip Hronek could all use at least a cup of coffee in the big leagues but are likely to stay in the AHL this season, because even if injuries do crop up, the already-experienced Robbie Russo and Brian Lashoff are probably getting those first call-ups to fill in.