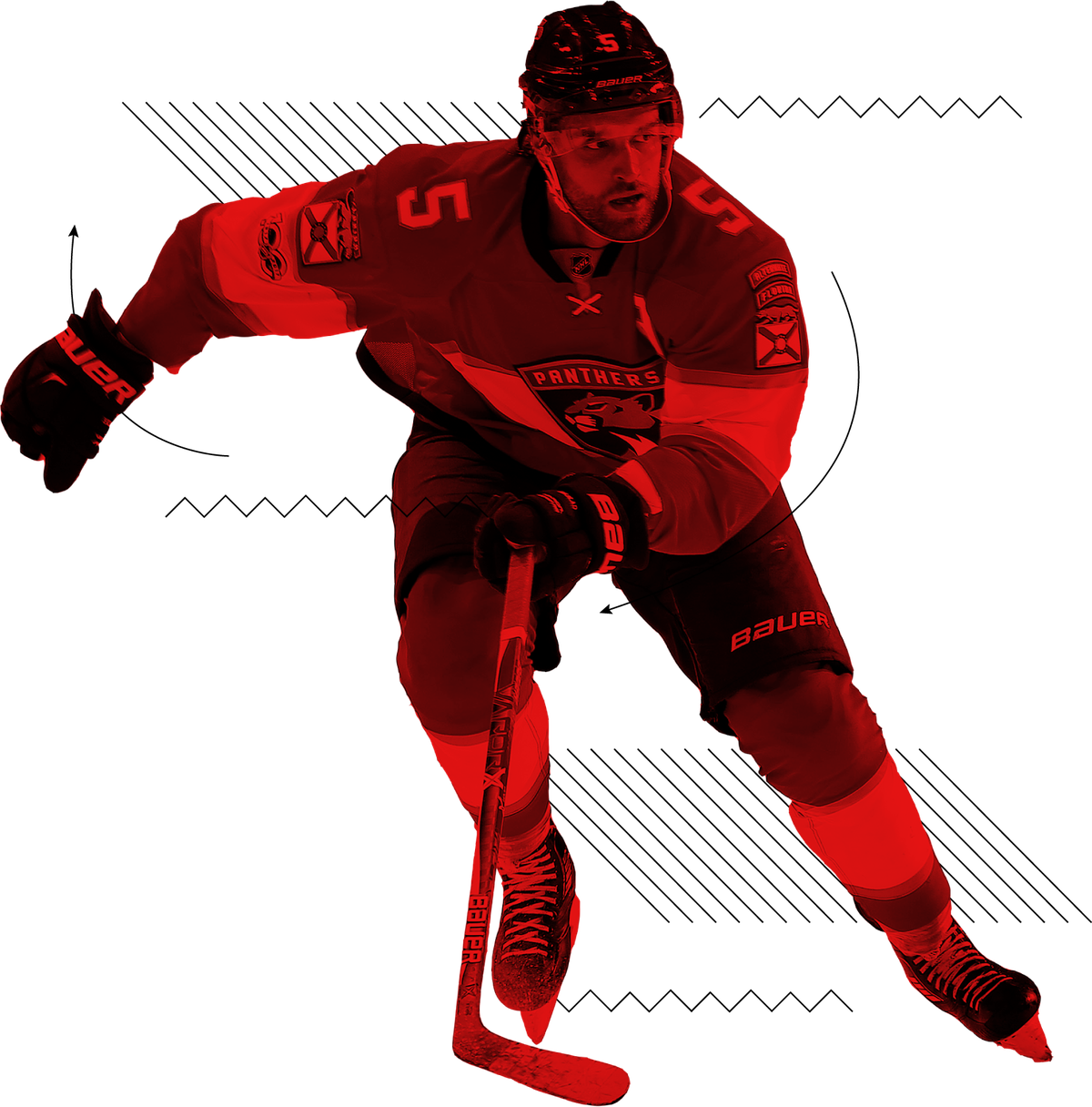 The Florida Panthers had one of the most interesting offseasons of any team in the NHL. Dale Tallon took back over hockey operations after a brief foray as team president and immediately started undoing much of the work done while he was gone.

Only three of the Panthers’ top eight scorers from last season remain on the roster. Jaromir Jagr, Jonathan Marchessault, Reilly Smith, Jussi Jokinen, and Jason Demers are all out, even though they combined for 81 goals and 190 points last season.

Clearly Tallon did not see eye to eye with the previous front office, which embraced the use of advanced analytics, and decided the Panthers would need to take on a different identity. He wasted no time making that happen, even if it meant buying out Jokinen and retaining money on Demers, which puts over $1.8 million in dead cap space on the team’s books each of the next two seasons.

What the Panthers still have that makes them so intriguing is talented youth. Aleksander Barkov is already one of the game’s best two-way centers, and Vincent Trocheck isn’t far off from joining him. Jonathan Huberdeau wasn’t healthy most of last season, and that’s a big part of why the team struggled. Aaron Ekblad also had a down year, but remains on the cusp of stardom.

That’s a strong core to build around, and they’ll be joined by ex-KHL star Evgeny Dadonov, who signed a three-year deal with the Panthers this summer. It’s enough talent to make the team dangerous, even if the jury is still out on Tallon’s makeover.

Will Aleksander Barkov and Jonathan Huberdeau continue to thrive without Jaromir Jagr?

Many expected the legendary mullet man to return for at least one more year in Sunrise, but it wasn’t to be. With Jagr out of the picture, former draft pick Evgenii Dadonov has returned from the KHL, where he potted 30 goals in 2016-17, to man the starboard side of Florida’s number one unit. The new trio has already found chemistry in the preseason and appears to be a formidable one. Dadonov won’t be the possession monster Jagr was, but he is faster and more prone to shoot. If healthy, look for this line to be one of the league’s best, and for Barkov and Huberdeau to reach the ceiling of their vast potential.

Can the duo of Roberto Luongo and James Reimer backstop the Panthers to the playoffs?

Roberto Luongo is a Hall-of-Famer in waiting, but come April, the NHL’s active leader in wins and shutouts will be 39-years-old. After posting back-to-back seasons with a 2.35 GAA and over 60-plus appearances, Luongo played in just 40 games last year and saw his GAA rise to 2.68 and his save percentage dip just below his career average as he dealt with a lingering hip issue that brought his season to an early end.

James Reimer is a talented and experienced backup or 1B option for Florida, depending on Luongo's health, and went 18-16-5 in his first season with club after signing a five-year deal. The 29-year-old has a reputation for being inconsistent, especially when the heat’s turned up. Reimer finished strong with three shutouts in his final six starts, a notable feat considering the Panthers in front of him were prepping for the golf course instead of the playoffs.

Old and inconsistent aren’t two adjectives you want associated with your goaltending tandem. That said, after an offseason of healing, Luongo has looked sharp in his two preseason appearances, surrendering just two goals on 48 shots. Reimer has been equally impressive, stopping 76 of the 80 exhibition shots he has faced. Both keepers look primed for good or better seasons, and as long as Luongo’s hip holds up, there is no reason the duo can’t provide high-quality goaltending over the course of 82 games.

Is this year’s offseason makeover going to work out better than last year’s?

After capturing the Atlantic Division crown and making a rare playoff appearance in 2015-16, fans and pundits alike thought the Panthers were a tweak or two (or three) away from perhaps becoming a perennial postseason participant. Instead of the expected minor shuffle, Florida changed its philosophy, “promoted” Dale Tallon, and handed the general manager reins to Tom Rowe, who drastically overhauled the roster.

I wouldn’t go as far as to call the results disastrous, but if the shoe kind of fits... Florida got off to a slow start, and in what many felt was a panic move, fired well-liked head coach Gerard Gallant, who was also replaced by Rowe, in November. The seemingly rudderless, injury-riddled club got it together for a hot minute before collapsing down the stretch to finish with a mere 81 points, 22 less than the year prior.

In addition to Jagr, key contributors Reilly Smith, leading-goal scorer Jonathan Marchessault, Jason Demers and Jussi Jokinen are out, with the four departed forwards taking 72 goals with them. Tallon, back to calling the all shots, and new head coach Bob Boughner are counting on more games, and goals, from core members Barkov, Huberdeau and Nick Bjugstad, who all missed considerable time last season with injuries, and new additions Dadonov, Radim Vrbata and Jamie McGinn to make up the difference. That must happen or the Panthers’ penchant for sputtering on the power play, losing close games and collecting too many Bettman points will keep them out of the playoffs.