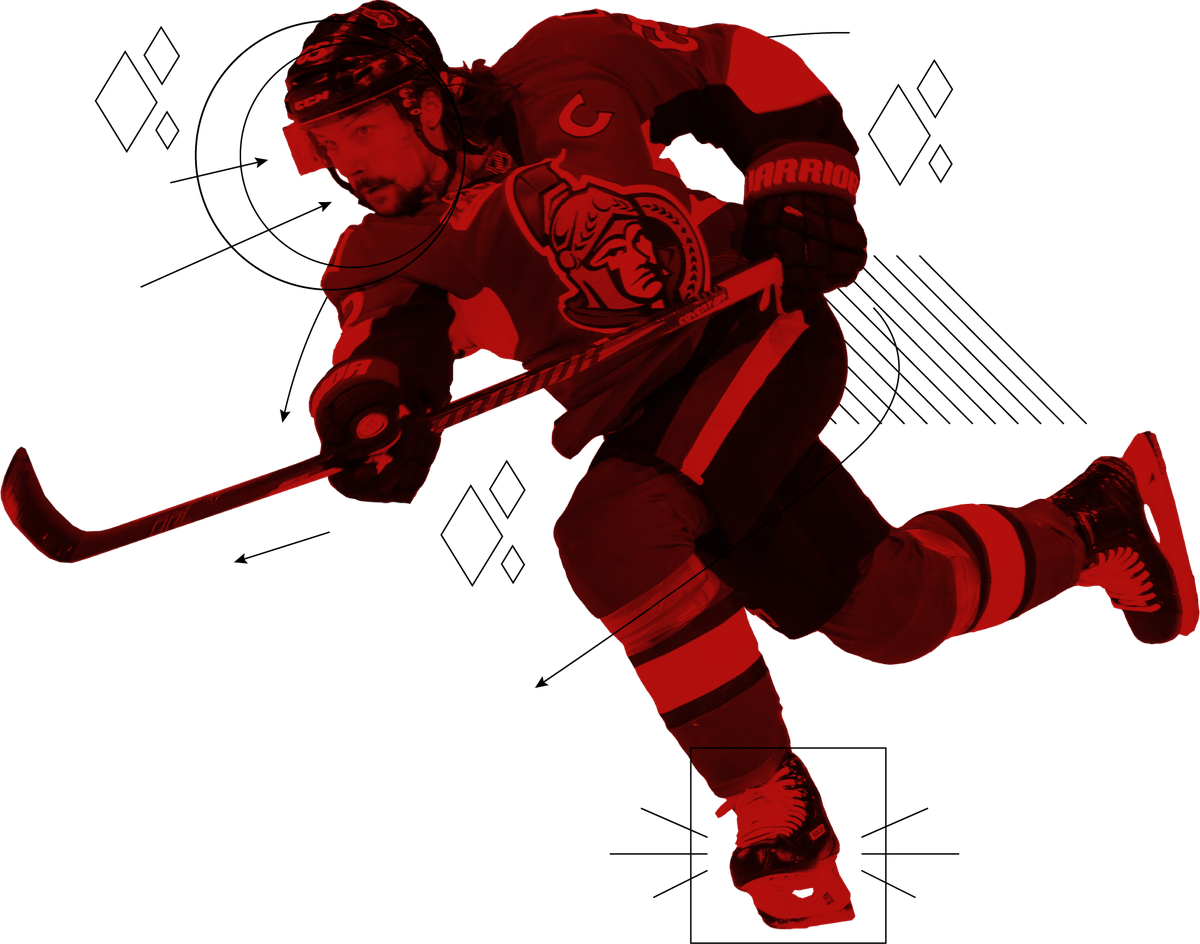 The Ottawa Senators surpassed a lot of expectations with last season’s run to the Eastern Conference Finals. Losing to the Pittsburgh Penguins was no shame after impressively eliminating the Boston Bruins and New York Rangers in the first two rounds.

It’ll be difficult for the franchise to be able to repeat that kind of run. The Senators still have star defenseman Erik Karlsson, but he’s expected to miss the beginning of the season due to injury. While it’s not expected to sideline him all year, that’ll put the team in a hole in an increasingly challenging Eastern Conference.

The health of Karlsson will likely be the biggest factor in how this season goes for Ottawa, as not a whole lot else changed. The team made some minor moves, like trading Marc Methot and signing Johnny Oduya, but this is largely the same group that overcame its flaws to win a bunch of playoff games last spring. Young players like Thomas Chabot and Colin White will likely be the biggest hope for improvement.

That puts the Senators in a difficult position just an offseason after their longest playoff run since 2007. If everyone gets healthy by April, maybe they can recapture the magic, but there’s a good chance this team takes a big step backwards.

Can Erik Karlsson still be superhuman?

The Ottawa Senators live and die with Erik Karlsson, relying more heavily on their best player than maybe any other team outside of the Edmonton Oilers. It's not fun to ponder a world where he isn't at the peak of his powers, but the cold, hard reality is that the injuries he suffered last season might be more damaging in the long term than we'd initially believed. When Karlsson is quoted as saying that they "Took half my ankle bone out", there's cause to worry.

The Sens so badly need Karlsson to be exceptional because their defense group is frankly very thin after their megastar. Dion Phaneuf's downfall has been exaggerated by some, but he's no longer equipped to play heavy minutes against the other team's top players. Thomas Chabot and Fredrik Claesson have the potential to be impact players but both are young and relatively untested, particularly Chabot. Cody Ceci and Johnny Oduya are no one's idea of a shutdown pairing.

But then again, maybe all this hand wringing will be for nothing because no one really knows with Karlsson. When he suffered his Achilles injury in 2013, the prognosis was for a 4-6 month recovery. He was back playing NHL hockey after 10 weeks. All of this to say: I still wouldn't discount the possibility of him having his best season yet.

Where are the goals going to come from?

Last season's edition of the Ottawa Senators were perhaps best known for their strict adherence to coach Guy Boucher's "System", the main feature of which is a suffocating neutral zone trap. While there's some question as to how effective the team really was at limiting opposition offensive chances, most advanced metrics ranked the Sens as a middling defensive team at best, they did finish 10th overall in goals against and improved markedly on past seasons in that regard.

The flip-side of dedicating so much time and effort to a rigid defensive system is that Ottawa at times struggled to generate offensive chances of their own. Add in that Karlsson may be missing some time to start the season, and the you being to wonder: who's going to do all the scoring?

Mark Stone and Mike Hoffman are very credible top line threats, and Kyle Turris is probably good for at least 50 points, but things get a bit precarious after that. Bobby Ryan managed a measly 25 points last year, and Zack Smith came back down to earth from his 25 goal campaign two season ago. Ryan Dzingel and Jean-Gabriel Pageau are useful depth players but they're not who you want to count on for a lot of offense. There's a reason the Sens have consistently been rumored to be in pursuit of Matt Duchene, but barring such an upgrade the goal-scoring will have to be done by committee. I count eight Sens players who have the potential to hit 20 goals this season, they'll need most of them to get there or to get close if a repeat of last year is in the cards.

Will the kids make an impact?

It used to be that the Ottawa Senators were a model of draft day competence and efficiency. The late 90's and early 2000's teams relied almost exclusively on homegrown talent to become one of the best teams in the NHL for close to a decade. But since the team's Cup Finals appearance in 2007, there hadn't been quite that same shine to the organization's farm system and prospects. There was of course the occasional hit, Karlsson, Stone and Hoffman come to mind here, but only now are the cupboards starting to look less bare.

The prospect pool couldn't have been rejuvenated at a better time, because a budget conscious team like the Sens could desperately use cheap, quality depth. Thomas Chabot is one of the best prospects in the entire league, but Colin White, Logan Brown and the surprising Alex Formenton have forced their way into the conversation for playing time with the big club. White will miss the first part of the season with a broken wrist he sustained in the first pre-season game, but it's looking increasingly likely that the other three will play some sort of role at ;east in the early part of the year.

Realistically, though, the one with the best chance to help this year is Chabot. The Sens badly need a boost on the blueline, and Chabot has puck moving skills the other non-Karlsson defensemen lack. Sens fans have been burned by highly touted young defensemen before, but I'd wager Chabot is the real deal. If he is, the Sens will be a much bigger threat to make some real noise in the Eastern Conference.