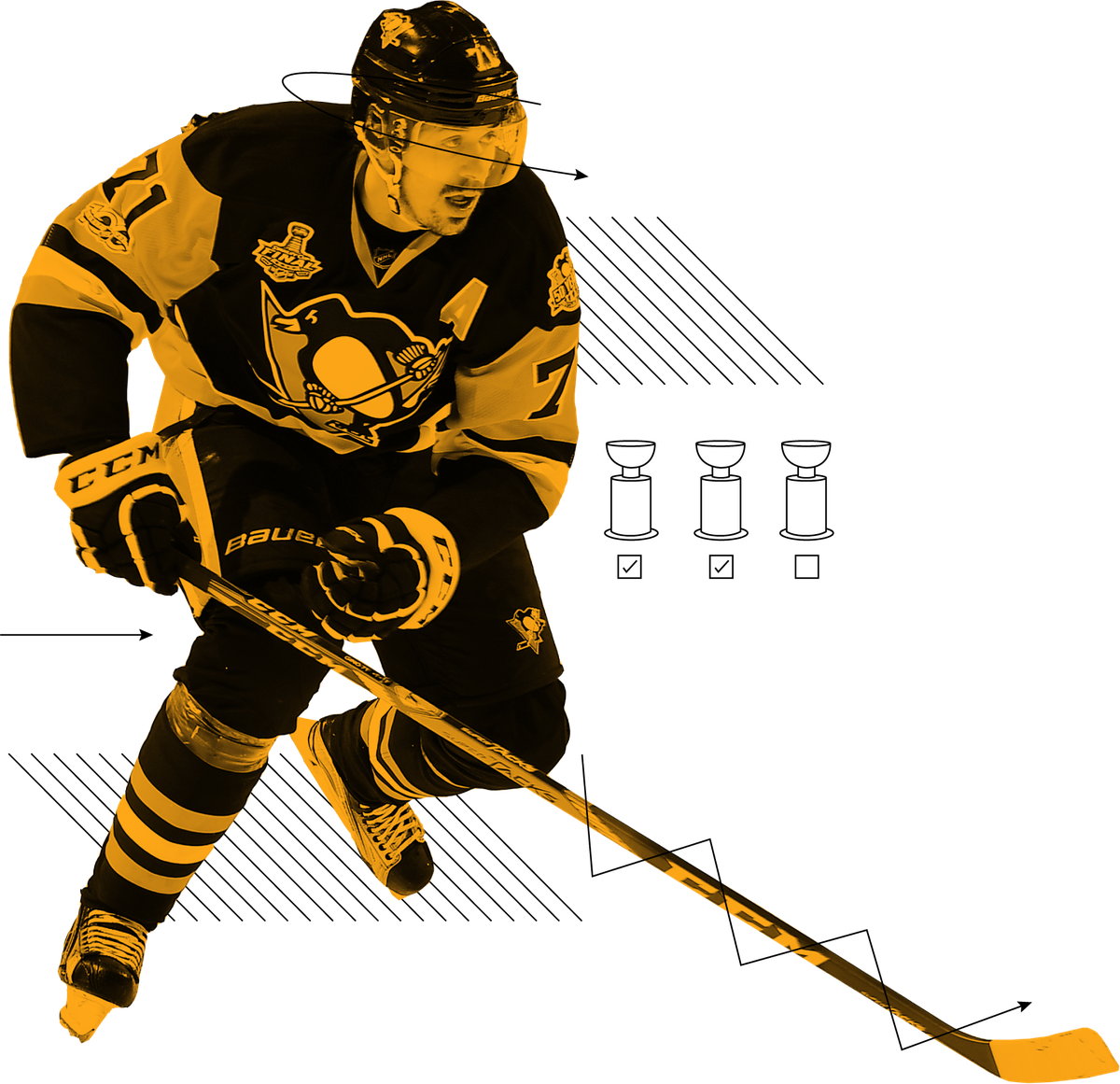 The Pittsburgh Penguins are on the verge of NHL history should they repeat once again as Stanley Cup champions. Pittsburgh would be the fourth team in history to do so, but there’s still work ahead of them after an offseason filled with a handful of changes.

Sidney Crosby, Evgeni Malkin, and Kris Letang all are returning, but veteran netminder Marc-Andre Fleury was taken by Vegas. Now, Matt Murray will lead the Penguins in net as the team’s starter. The 23-year-old has already led the team to two consecutive Stanley Cups, but he’s been injured a couple of times in his short NHL career.

All the while, the Penguins will attempt to fill the voids left by Nick Bonino and Matt Cullen this offseason. It’s a good thing the Penguins have young talents like Jake Guentzel and Conor Sheary to help lighten the load, but there’s no doubt this is the weakest their offense has been in years.

Letang’s return to the defense will strengthen the Penguins’ back end. While the talent level drops after Letang, their defense of Olli Maatta, Chad Ruhwedel, Brian Dumoulin, and Justin Schultz will have to bend, not break, like they did last year.

Can the Penguins three-peat and win another Stanley Cup this year?

There reasons to think that the Penguins can and there are reasons to think that they can't. As long as Sidney Crosby and Evgeni Malkin are healthy, the Penguins are going to be a favorite around the league to win a championship. Kris Letang will be back in the mix for Pittsburgh, who managed to defy the odds and win it all last year without him down the stretch and in the playoffs.

The biggest question and potential reason why they cannot is pending the decision Jim Rutherford makes on how to handle his third-line center situation following the departure of Nick Bonino via free agency. Making a splash trade like one for Matt Duchene, or any kind of trade for that matter, like one for Riley Sheahan, will increase the chances of success for the team. Standing pat with current third-line center options such as Greg McKegg or Carter Rowney certainly hurt the prospects of being the first team to three-peat since the New York Islanders of the 1980s.

Can Jake Guentzel continue his streak of outstanding play that he showed in the 2017 Playoffs and become a league star?

I don't think there are any reasons yet to think he will slow down. Early in this preseason, he showed off some incredible playmaking skills, setting up other young players with assists and helping create offense when other big-name players like Crosby, Malkin, and Kessel weren't in the lineup. He is speaking like a veteran leader going into the season, talking about how he needs to show that he can produce at the level we saw for 82 games in the regular season, being that he got his call-up around Thanksgiving last year.

I for one am extremely excited to see what he can do and how the Penguins will decide to use him in this coming campaign. If I had to pick yes or no right now, I think I would lean more towards yes that Guentzel can put it together for a full season and show his value around the league more than he did last spring.

What has made the Penguins so successful in recent years that kept them from winning in past years?

Seeing players like Jake Guentzel and Conor Sheary becoming key cogs in the Penguins wheel thriving after spending time in the NCAA, it makes you wonder who the next diamonds in the rough could be for Pittsburgh? Could it be Zach Aston-Reese? Could it be Adam Johnson? Time will tell, but I wouldn't bet against the Penguins management and their recent run of doing well with signing college hockey players.