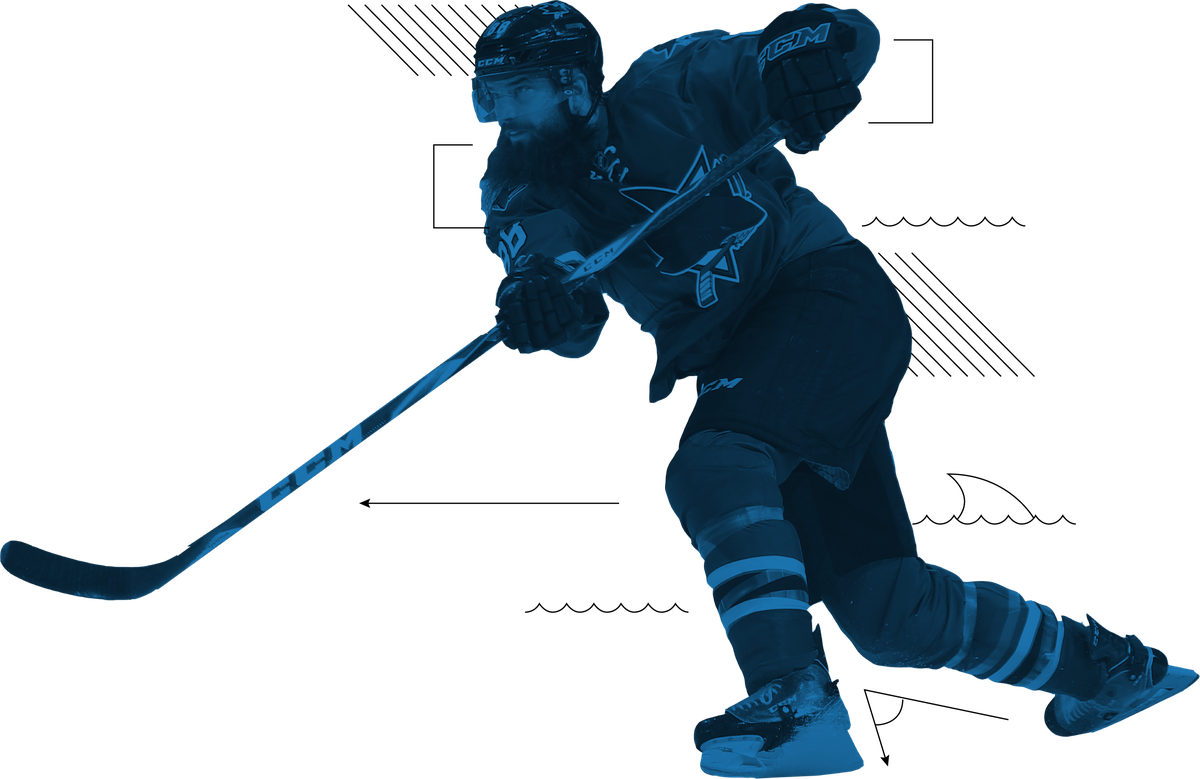 The loss of Patrick Marleau to Toronto will be an adjustment for the San Jose Sharks entering the 2017-18 season. He was the face of the franchise since being drafted in 1997, and now he’s moved on to pursue a Stanley Cup in Canada.

Marleau no longer rocking the teal will be a transition for everyone, but the Sharks still bring back most of their core. Joe Thornton was re-signed for another year, and he’ll join Brent Burns, Joe Pavelski, and Logan Couture in providing much of the team’s offensive spark.

On defense, San Jose still boasts an impressive one-two punch in Burns and Marc-Edouard Vlasic, who play on different pairings that give coach Peter DeBoer multiple strong options. And while Martin Jones’ .912 save percentage last season doesn’t stand out, his ability to handle a huge workload is crucial.

The Pacific Division has grown a lot stronger with Edmonton now in the mix, so the Sharks will have to work extra hard this year to not be bounced in the first round of the playoffs for a second straight year. They still boast much of the same group that made a run to the 2016 Stanley Cup Final, but everyone is getting older and the competition is tougher.

Can Joe Thornton bounce back?

The Sharks haven't rushed in bringing Joe Thornton into the preseason. With a major surgery to repair his torn MCL and ACL in the offseason, it's understandable, but it makes it difficult to really assess where he's at, in terms of coming back.

Videos that have emerged from practice see him skating well. While players aren't always the most reliable source, Jumbo has said he feels good and ready to go.

Realistically, at his age, he won't bounce back to the extent we'd hope. He'll still be able to drive play at 5-on-5, but it's going to be important to get him off that top powerplay unit.

How do the Sharks replace Marleau?

Replacing Marleau from within has been the motivation to Doug Wilson's offseason. The roster spot is open for a number of players who made it to the Calder Cup Western Conference Final with the San Jose Barracuda.

Are any of them able to slot in as a 30 goal scorer? Maybe not on their own, but Kevin Labanc, Timo Meier, and Ryan Carpenter all spent time with the Sharks last year and will be looking to increase their production. Another sentiment we've heard through training camp is that everyone needs to step up and contribute, so those 30 goals may not need to come from one single player.

The young guns won't be the only ones looking to step up. Mikkel Boedker, Joonas Donskoi, Joel Ward, and Tomas Hertl all have something to prove after the 2016-17 season. Even Brent Burns hit a wall during last season's slump — at one point he was on pace to win the Art Ross, the Hart, and the Norris. An early playoff exit and no World Cup of Hockey this year should see him well-rested and hopefully ready to sustain that offensive push all season.

Is the window for being a contender closing?

I think the first two questions facing the Sharks will determined the last. If the Sharks stay healthy and if they can replace Marleau's production, this is still a group that is ready to compete and will be able to for at least a few more years. But they've got a lot to prove in both of those aspects. Age is working against this team. Doug Wilson isn't afraid of trades and with Joe Thornton on a one-year deal, if the Sharks' window is closing, we're going to see this Sharks team change drastically over the season.