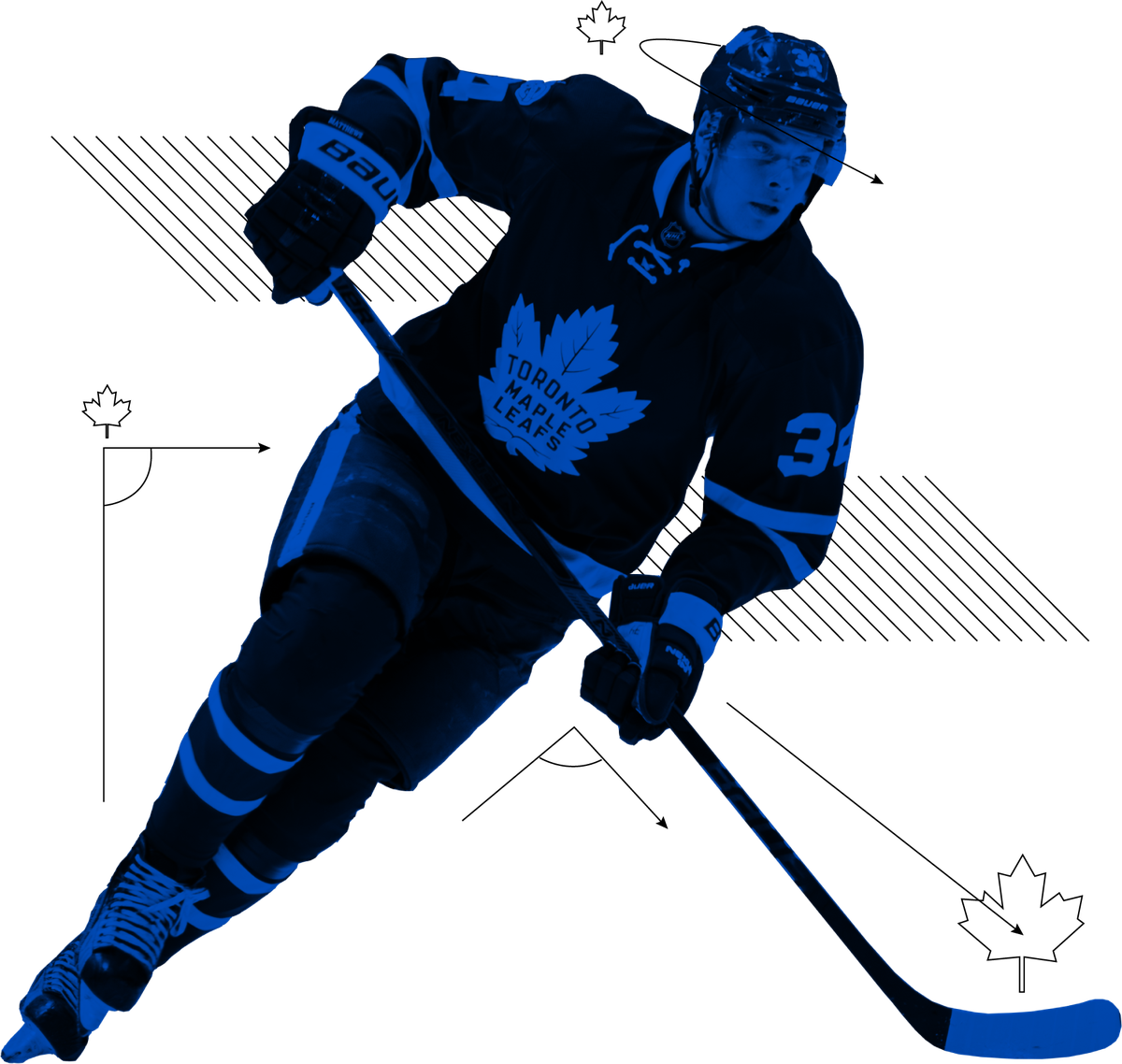 Lots of NHL teams spend years trying to assemble a great core of players who reach their potential at the same time. The Maple Leafs appear to have executed that plan to perfection with a team that’s on the brink of taking the league by storm.

Auston Matthews is the cornerstone superstar who gets most of the attention, and for good reason. His ability with the puck is otherworldly. Most players dream of pulling off the creative plays that are a standard part of his arsenal.

There’s so much more to the Leafs, though. Mitch Marner and William Nylander would be the best young players on a lot of teams around the league. James van Riemsdyk and Nazem Kadri emerged from the previous Leafs teams ready to be leaders in a young locker room. Their forward depth is equally as impressive as their sheer star power.

And what better coach to mold all that talent into a winner than Mike Babcock, a Stanley Cup winner who has taken teams to the Final three times. We already saw glimpses of that last season as the Leafs pushed the top-seeded Capitals in the first round of the playoffs despite their lack of experience.

Toronto added veterans Patrick Marleau, Ron Hainsey, and Dominic Moore this summer to help address that part. Those three have over 300 games of playoff experienced combined.

The Leafs becoming contenders seems like a matter of when, not if, at this point. The core they’ve put together is too good.

Will the defense hold up?

It's no secret that the Leafs are better offensively than they are defensively. So when they headed into the offseason after an encouraging (and disappointing, given the closeness of the series) 6-game loss to Washington in the playoffs, many thought they would go to great lengths to improve that flaw.

That didn't really happen. They (reportedly) tried. The Leafs were apparently one of the last teams in the Travis Hamonic sweepstakes, before bowing out because the price was too high, in their view. In any case, their major defensive acquisition this offseason was signing Ron Hainsey, most recently seen on the decaying remains of the Penguins defense that was dragged to a Cup.

Hainsey is old, and not particularly great, but will be counted on to partner with Morgan Rielly and form an effective second pair. The first pair is led by Jake Gardiner and Nikita Zaitsev. The former is an excellent player who is not out of place on a top pair, but probably shouldn't be your best defenseman. The latter is the recipient of a 7-year contract, and it's still uncertain whether he's anything more than a mediocre second pairing guy.

All of this is to say, the defence corps still looks to be a weak point of the team. Gardiner and Rielly are very good, but not elite. Zaitsev is a tier below. Hainsey is known to be mediocre. Connor Carrick has a tantalizing skillset, but hasn't put together a consistently productive year in the NHL. Toronto has a plethora of potential third pairing defencemen, behind them, but no one with the potential to elevate the group as a whole.

If Gardiner maintains his brilliance, Rielly and Zaitsev take steps forward, and Hainsey is playable in his top 4 role, then the Leafs are in good shape. They're never going to be a defensive powerhouse as currently constituted. But even getting to an average level of shot and goal suppression would be an improvement. If they want to seriously contend this year, it's a necessity. If they take a step back, they might be the 2017 version of last year's Dallas Stars.

What does Marleau have left in the tank?

The Leafs major acquisition this offseason was the signing of longtime Shark, Patrick Marleau, to a 3-year, $6.25M AAV deal. Marleau is well past his prime, but still has a goalscorer's touch. However, much of rest of his offensive output has faded dramatically. He doesn't set his teammates up as much as he used to, and he's not been a real driver of shot attempts in the last few years.

That's not to say he's a bad player - but his outstanding skills have been limited to a few areas. As mentioned, he can score. And perhaps just as importantly, he can skate. He might be one of the few age 35+ players who can keep up with the Leafs high-flying offensive attack. He'll be asked to provide secondary scoring and a defensively responsible game, on a line with Nazem Kadri and Leo Komarov. In theory, he provides more of a scoring threat than Connor Brown, who he is effectively replacing on that line.

But we have to remember, he's 38. Realistically, he's more likely to be worse this year than he was last, and worse next year than he is now. He's descending from a very high peak though, and if he can stave off Father Time for a couple more years, the Leafs might just have the most dangerous forward group in the league.

How do the Leafs deal with their key free agents?

Tyler Bozak, James van Riemsdyk, and Leo Komarov are all free agents at the end of this season. All play very important roles on the Leafs. Bozak and van Riemsdyk are 2/3 of arguably the Leafs most dynamic line offensively, and 2/5 of their best power play unit. Komarov is the one of the few Leafs top-9 forwards with legitimate defensive chops.

All three will be in or near their 30s as their contracts expire. The question becomes, how do the Leafs deal with them? If the team is unexpectedly bad, perhaps they sell and try and recoup some assets. More likely though, is that the Leafs are in the thick of a playoff race, and wouldn't want to weaken their team for the rest of the season.

If they decide to keep them, what do they do with them next offseason? JvR will surely get many lucrative offers as a UFA - he could easily command what Milan Lucic or Kyle Okposo did. The Leafs, who have to pay Nylander after this season, and Marner and Matthews after next may not want to make that commitment. Given how underpaid van Riemsdyk has been in his career, it seems unlikely he'll take a discount (nor should he be expected to).

So what gives? Bozak is more replaceable in theory, but could also see his price shoot up with another strong offensive season. Komarov is likely the most replaceable of the three - but do the Leafs value his defensive play and leadership enough that they'd be willing to pay over the odds to keep him? A lot is still uncertain. But how the Leafs handle these three key free agents will go a long way to determining their ability to contend not only this year, but for the years beyond.