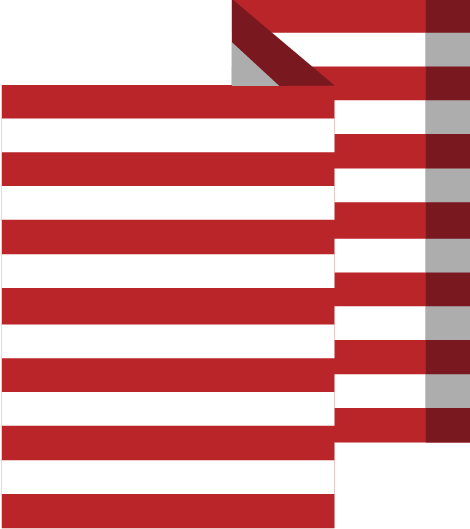 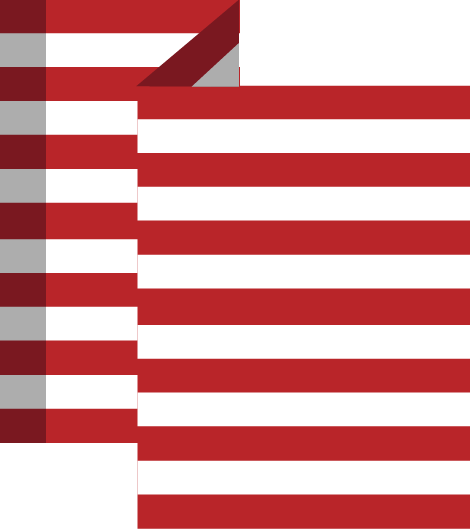 Lamar Jackson was at least as good as ever, and plenty of other QBs stepped up throughout the year (if not the ones the NFL Draft folks were anticipating), but the year belonged to Baker Mayfield. He’s almost certain to break his own record for the most efficient passing season ever.

Saquon Barkley was your September Heisman winner and might end as the nation’s leader in jaw-dropping highlights, while Bryce Love just broke off 50-yard runs all year long under cover of #Pac12AfterDark.

Bryce Love
Has 126 more rushing yards than any other Power 5 player.

The No. 1 choices at WR and TE were really easy this time around, and they happened to put up 230 yards against each other in a 114-point Bedlam shootout. After that: lots of good players to choose from!

The whole left side of Notre Dame’s offensive line is as good as it gets, while Orlando Brown might be the best lineman in the country. Honorable mention Brian O’Neill happens to be the reigning Piesman Trophy winner. For the second year in a row, a Buckeye is our starting center (Pat Elflein), boosted in part by Ohio State fans dominating the ballot we opened to the general public.

Fun fact: NC State’s Bradley Chubb got more No. 1 votes than anybody else on here, besides Baker Mayfield. Ed Oliver is one of only two repeat First-Team All-Americans this year, and he’ll be favored to make it three in a row in his extremely likely final year. And if you want to know why Clemson’s still so good: its entire starting defensive line is represented here.

Bradley Chubb
Second among Power 5 players in sacks (10) and second nationally (first in the P5) in tackles for loss (25).

Roquan Smith is one of two or three players with a claim to be the country’s best defender, but don’t overlook two of his fellow UGA LBs joining him on here. This is the heart of a Playoff defense.

Josey Jewell
The Big Ten's top tackler and the leader of a sneaky top-20 Iowa defense, plus two picks.

Minkah Fitzpatrick (our other repeat First-Teamer) and Josh Jackson towered above all DBs in total votes, for good reason. This was a really deep year for elite safeties (though plenty of these players move all over throughout the secondary), while cornerback was more wide-open.

Josh Jackson
Just one example: in the Wisconsin game, he scored all his team's points and outgained his offense, via INT returns.

Minkah Fitzpatrick
The best player on what might still be the best defense in America, with 52 tackles from the secondary.

Dante Pettis, the new all-time record-holder with nine career punt return TDs, was probably the most obvious choice on the entire team. Punter, however, was one of the closest races, with a couple honorable mentions who would’ve made perfectly worthy winners. 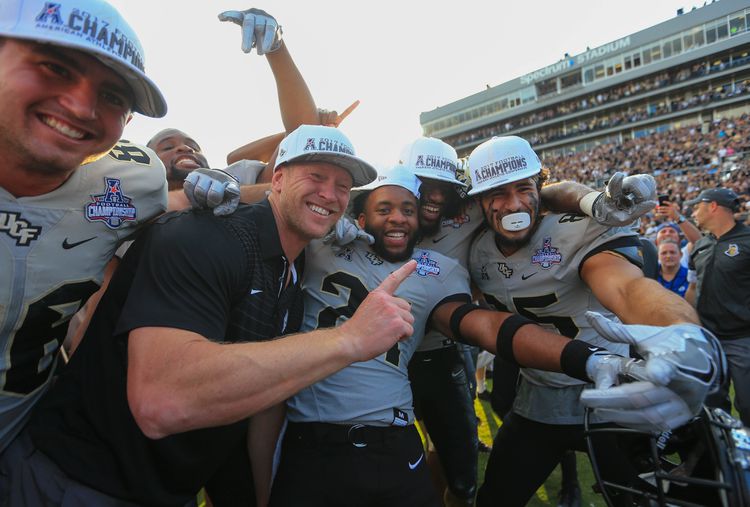 Frost completed a two-year turnaround that brought the Knights from 0-12 to 12-0 and the AAC title. He did that while lifting their offense from 126th the year before his arrival to No. 1 this year, at 49.4 points. He's leaving to take the job at his alma mater, Nebraska, after a job well done. Your Coach of the Year runner-up: UAB's Bill Clark, who stuck around during his program's termination and now has a chance at a 9-4 season. 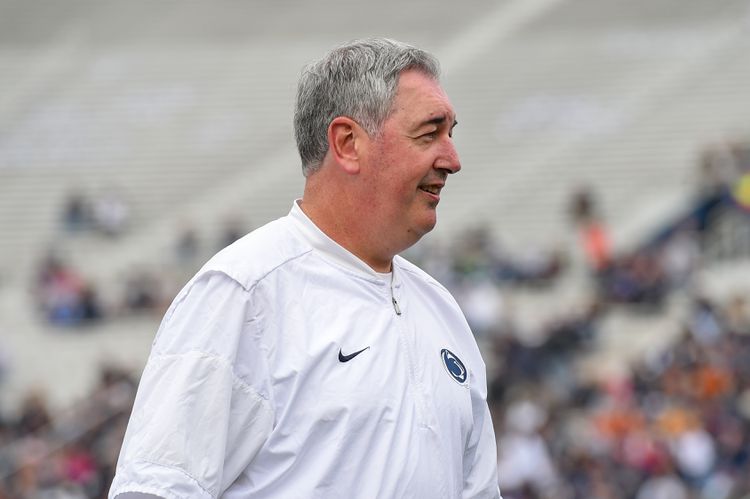 Offensive Coordinator of the Year

Moorhead overhauled Penn State's offense over two years and got the Nittany Lions to No. 7 in scoring this year, at 41.6 points per game. He earned a reputation for adapting his scheme to his players, which should serve him well in his new job as Mississippi State's head coach. 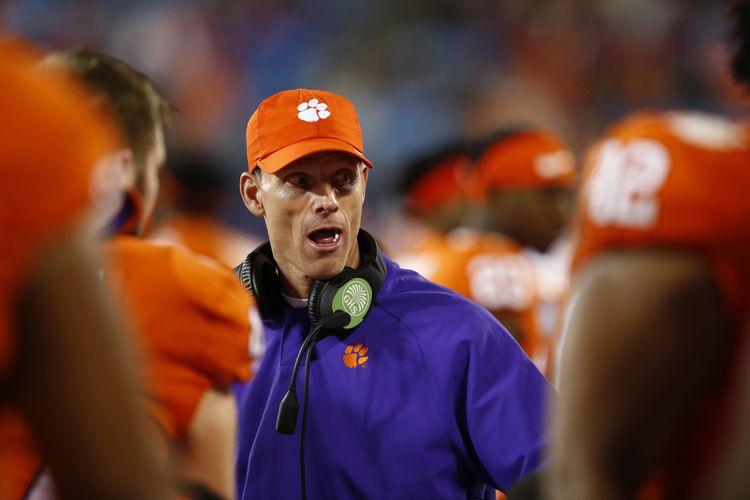 Defensive Coordinator of the Year

The architect of the country's No. 2 scoring D, at 12.8 points per game. Clemson gave up 18 per game during 2016's national title season, then lost four of its top eight tacklers and got miles better in 2017 anyway. That's a credit to Venables, as well as Clemson somehow always having a young and talented roster. 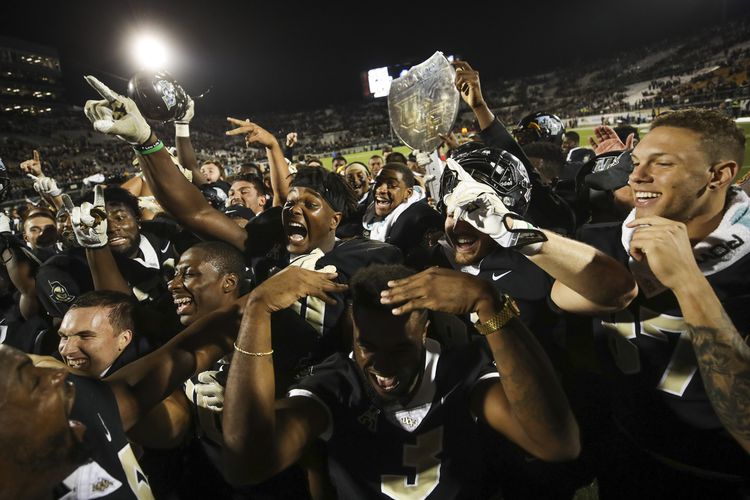 Game of the Year

UCF beat archrival USF, 49-42, to win the AAC East en route to an unbeaten season. The game had five lead changes and three touchdowns in the final three minutes, and the teams combined for 1,186 yards of offense on 84 plays each. UCF went ahead for good on a 95-yard Mike Hughes kickoff return with 1:28 to play. The Knights would then beat Memphis in a double-OT shootout to win the conference, albeit without RIVALRY BRAGGIN' RIGHTS at stake.

Play of the Year

Louisiana Tech had a second-and-goal from Mississippi State's 6. Then Tech botched a snap, and neither team cleanly picked up the ball. After 87 yards of chasing, Tech faced a 3rd-and-freaking 93. The best part about this play: there were three top-10 games on at the same time, and fans across the country stopped watching all of them just to marvel at this beauty.

GIF of the Year

From start to finish, this is Tennessee's 2017 (including most of its coaching search) summed up to perfection.