2017 ACC football power rankings: Will we finally get our FSU-Miami title game? 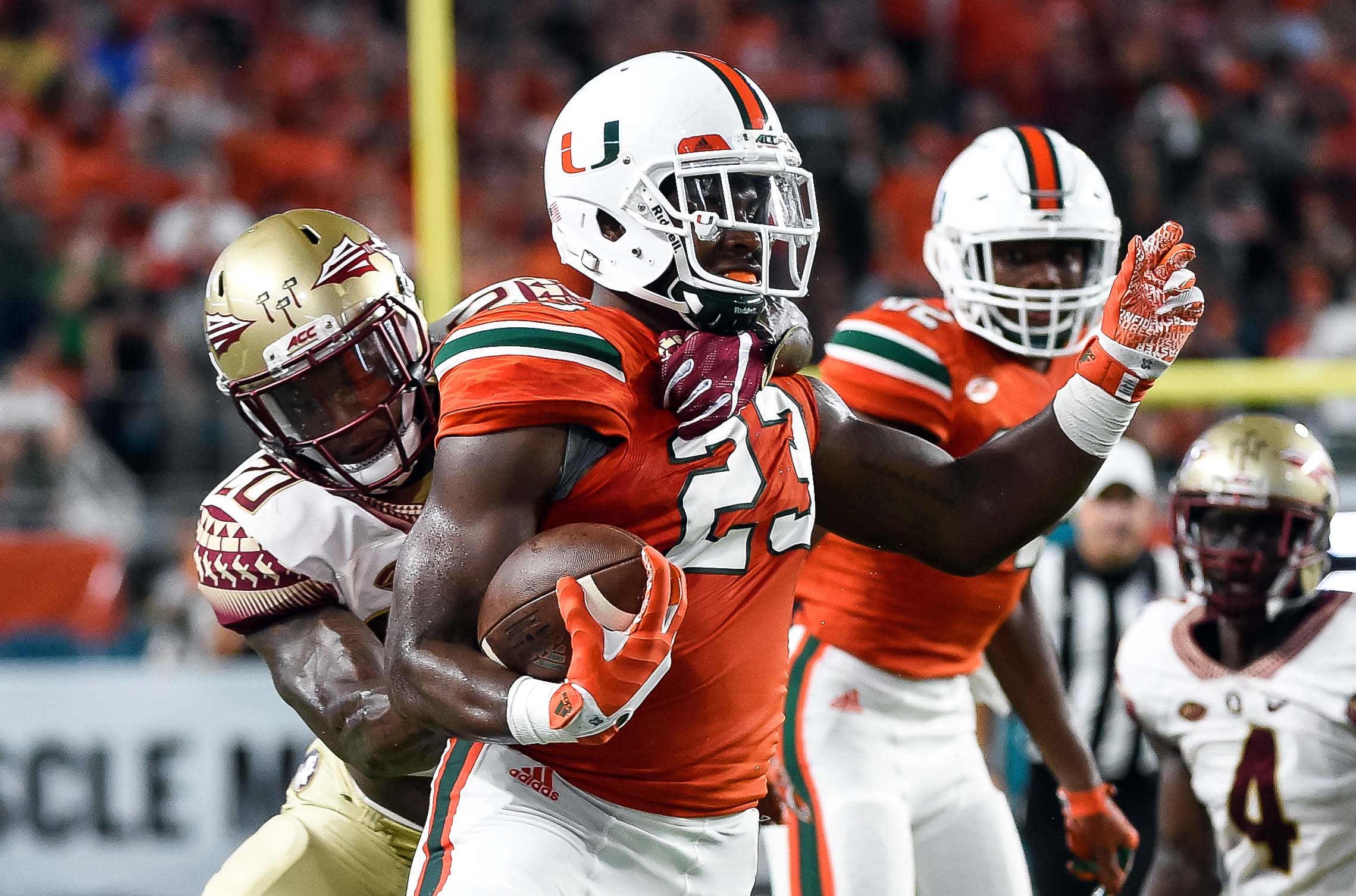 FSU might be one of the three best teams in college football. Will their final record convey that?

The defending champs could be anywhere from top-20 to top-four, depending on the new QB.

This part was pretty easy to anticipate, I’m guessing. The two teams that have combined for 138 wins and six conference titles over the past six seasons are going to start out ahead of the pack. And I think it’s pretty safe to say that, because of the quarterback position, the Noles are the more trustworthy team out of the gates.

Clemson’s not only having to replace its best quarterback ever; the Tigers start the year with games against Auburn, Louisville, and Virginia Tech in September. That will either kickstart a surprising repeat run or position them into Rebuild Season mode. They still host FSU, though, so that could make the division race fun.

The Cards have Lamar Jackson, but all of 2016’s weaknesses might return.

The new defensive coordinator hire makes me nervous, but Louisville will basically start 2017 with all the same strengths and weaknesses as last year. Fourth-year Petrino teams tend to undergo massive breakthroughs; it would be a surprise if the Cardinals were too much better than last year, but they’re still going to be very good.

The Wolfpack are improving, yet their coach is on hot-seat lists.

If the Hurricanes have a QB, they'll win their first ACC divisional title.

Justin Fuente set the bar high in his division-winning debut. Can he clear it in 2017?

How will the Panthers follow up on beating Penn State and Clemson?

It’s a reset year for Larry Fedora's Heels. How far will they fall?

Here’s where things get interesting. The ACC rose to (or near) the top of college football last year, in part because the conference’s middle class was awesome. But Miami, Virginia Tech, Pitt, UNC, and Georgia Tech are also replacing their starting quarterbacks. Some of them will end up just fine with their replacements, but it’s hard to know who.

Within this pack, I think Miami starts out ahead. And if the Canes have a QB, they shoot to third in the conference, at least. Quite the if.

So yes, in the 14th year of Miami’s ACC membership, and in the 13th year of the ACC title game, we might finally get the Miami-FSU conference title game the league planned for (by creating awful divisions) long ago.

Meanwhile, I find myself trusting NC State an alarming amount. This will end badly.

The top four teams, all in the ACC Atlantic. Divisions are so, so stupid.

Dino Babers is all about the year 2 leap. Now he's got one of the country’s most experienced teams.

Dave Clawson’s rebuild is already a year ahead of pace, so he’s earned patience.

Becoming good is gonna take a while. Can the Eagles become watchable?

Of the ACC's many excellent coaches, UVA’s is still the one with the toughest task.

Here’s how my statistical system has the ACC laid out for 2017, with zero equating to an average FBS team. (You can find full 2017 S&P+ projections here.) 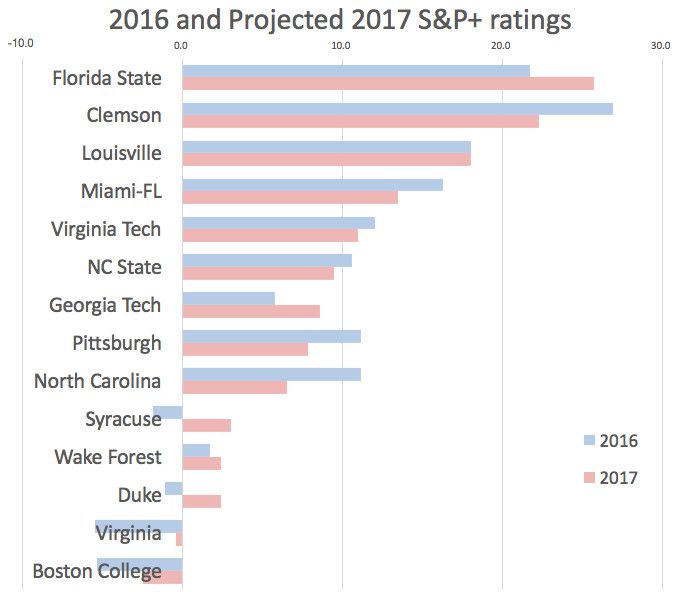 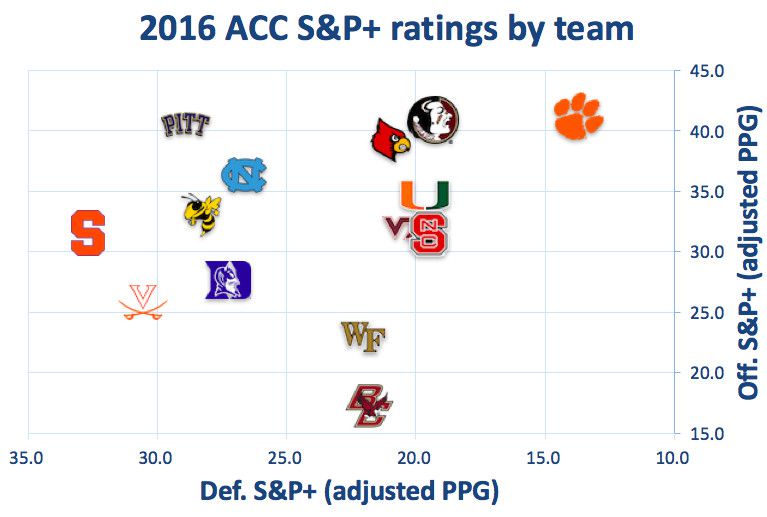 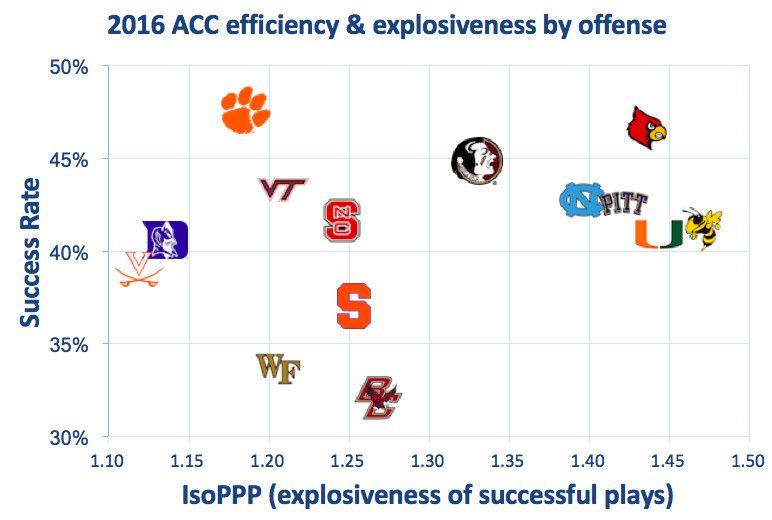 The ACC had a lot of nicely balanced teams last year, plus three or four more that were at least good at either offense or defense. This year’s offenses will regress. 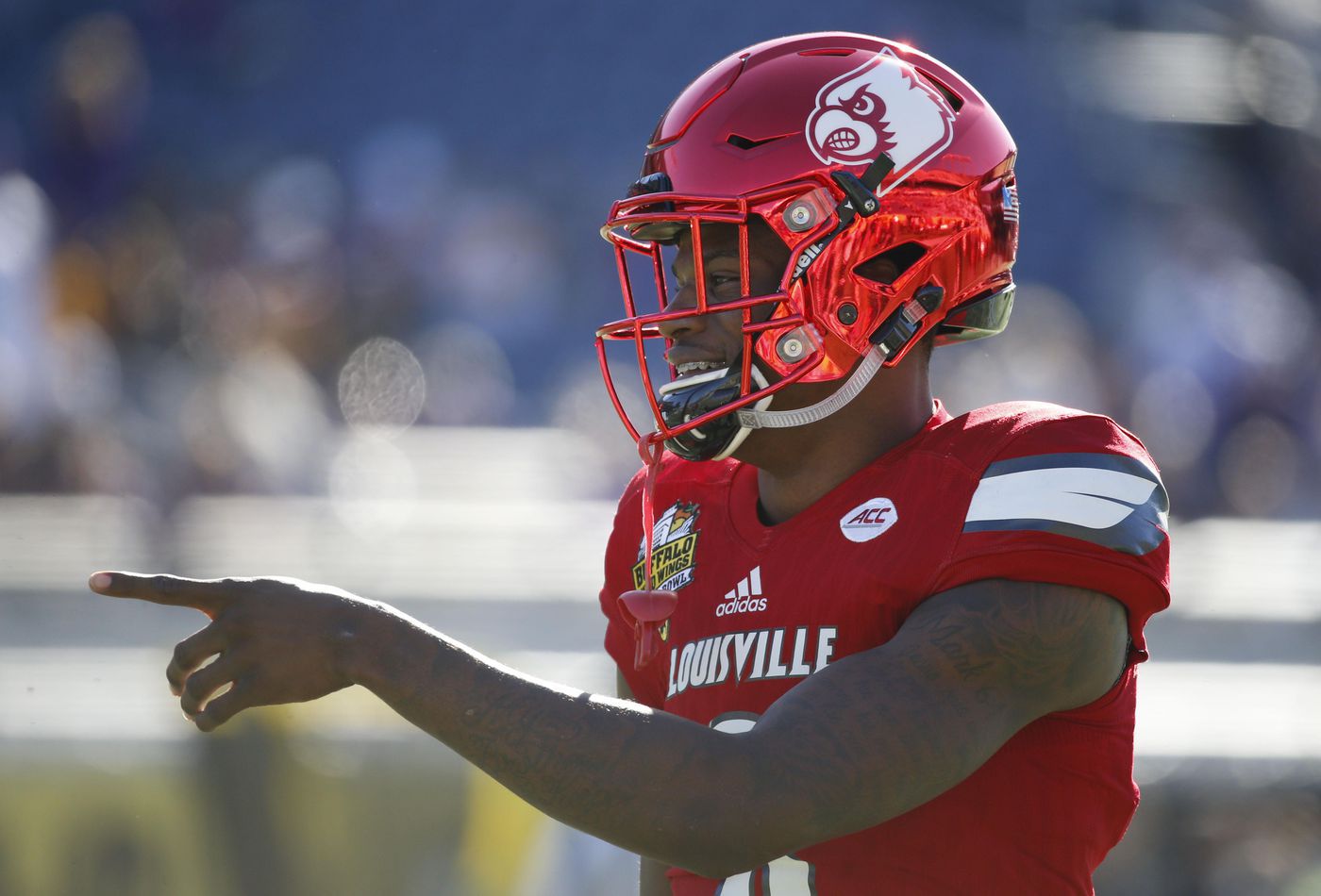 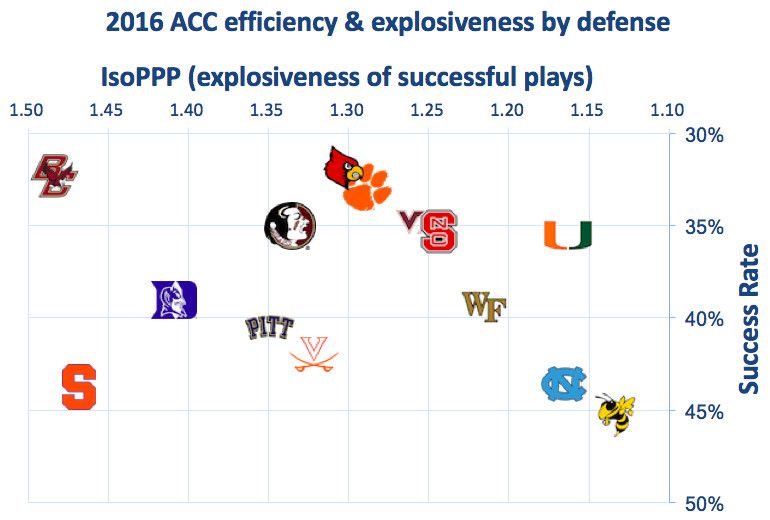 The ACC has more often than not been a defense-friendly conference. Should be the case again.

Really, this is a tie between Landry and all-everything Derwin James. But in this instance, tie goes to the guy who didn’t get hurt last year. 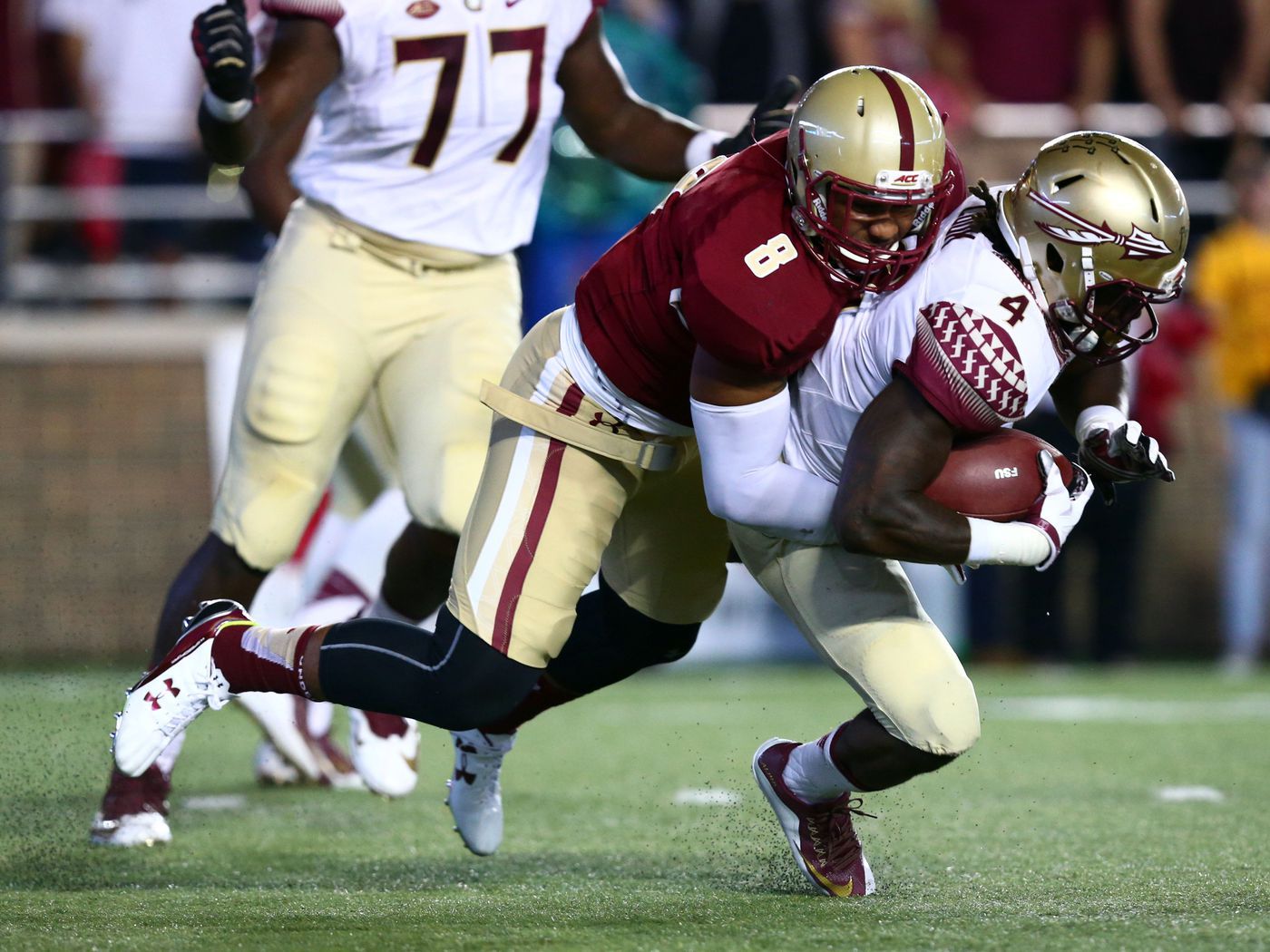