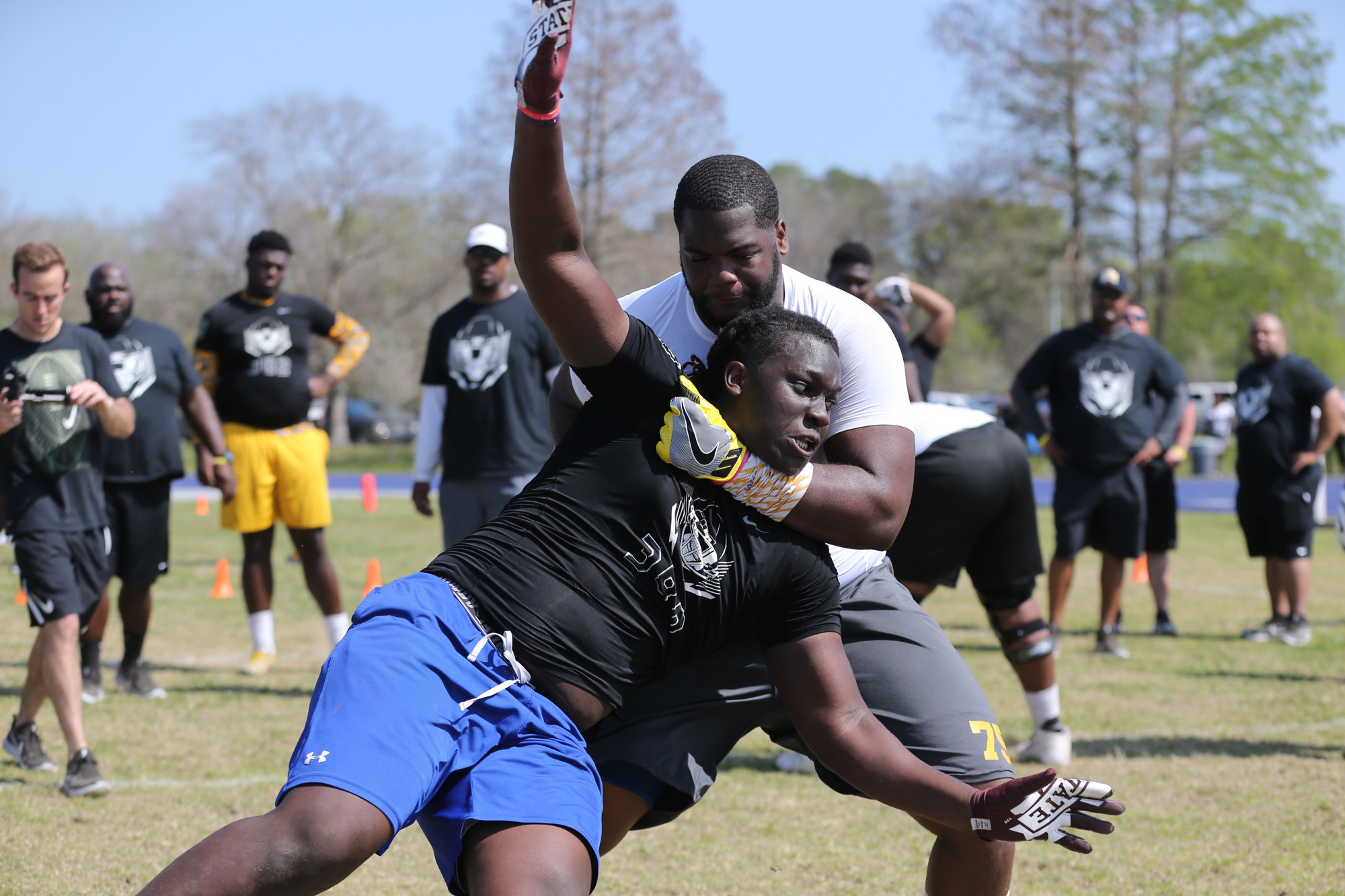 In January, Bo Jackson told USA Todaythat he never would have played football “if I knew back then what I know now” about head injuries. Jackson was a Superman athlete, and he wanted his kids to be athletes in literally any other sport.

“Even though I love the sport, I’d smack them in the mouth if they said they wanted to play football,” Jackson told the newspaper. “I’d tell them, 'Play baseball, basketball, soccer, golf, just anything but football.’”

It’s a familiar refrain among players and ex-players over the last few years. Brett Favre doesn’t have a son but would be “leery” of him playing football if he did. Troy Aikman doesn’t know “that I’d be real inclined” to have a 10-year-old son play. Longtime NFL linebacker Bart Scott was as succinct as anyone when, in 2012, he said he played football so his son wouldn’t have to.

High school football remains a force. There are more than a million high schoolers playing football in the United States in a given year. We can’t know how all of them feel about head injuries, but we can guess that they feel differently from older players who are now leaving the game.

SB Nation interviewed dozens of players who are just embarking on their football careers at camps this spring, in the hope that we could get a sense of the range of opinions among them. Here’s what we learned.

The players seemed, for the most part, not worried 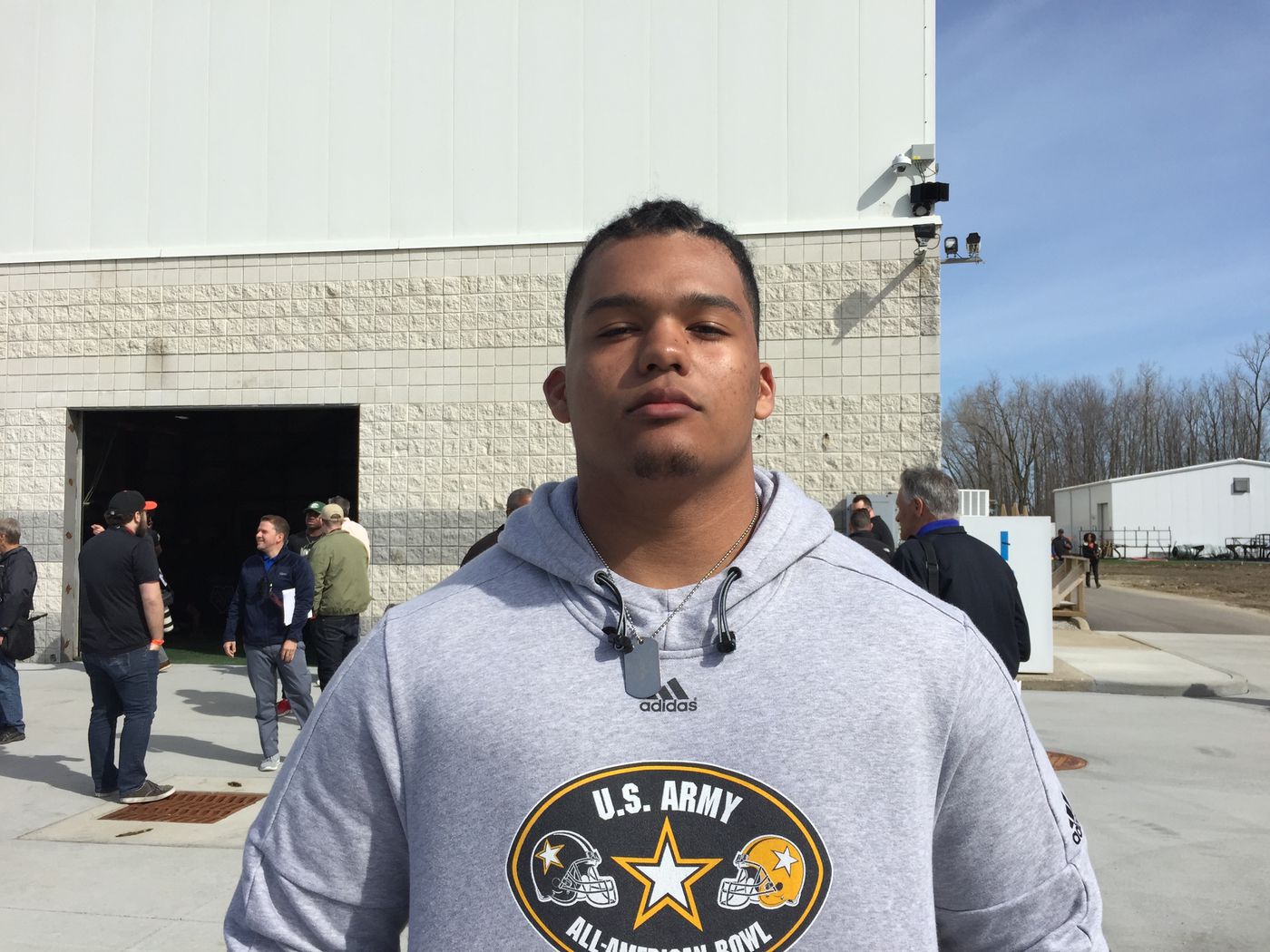 I don’t really keep up with the helmets and the gear and whatnot. But everyone’s like, ‘Ah, you know, we got the [Riddell Revolution Speed helmet], so we’re good.’ But a lot of the guys in our locker room, they’ll just say, ‘Oh, I don’t do the keep-the-head-up thing when I tackle. I wanna put his head in the chest,’ and those are what farm boys from Kentucky do anyway.

I think football's kind of getting soft a little bit, to be honest. Football wouldn't be football without the elements that make it football, which is physicality, hitting, explosiveness, and I think a lot of the new rules take away from that. Of course it's to protect people, but that's the risk you take being out here on the gridiron.

If I’m coming across the middle on a slant or something, if I’m thinking about that, I’m not thinking about catching the ball, you know? It never really crosses my mind before, during, or after a play.

If I have a serious concussion, and I know my team needs me that day, I know I’m going to take limited snaps to the head, but I’m going to play.

Many players think they can do a fine job protecting themselves

How does a player protect himself? The most obvious answer is to wear a mouthpiece and a helmet with appropriate padding on the inside, to keep your head up, only hit what you can see, and don’t lead with your head.

We don’t really talk about it that much, just because you don’t want it to happen, especially. I started football in seventh grade. I started late, just for my head injuries — not that I’ve had any — but just to protect myself from more, because some kids are starting in third grade. It’s never been a huge issue for me because I’ve got myself protected.

Trust in a good helmet is a common thread.

We get our helmets redone every two years. It’s still a big problem, but it happens to everybody. If it happens, it just happens.

I take pride in training on my neck, because the neck is most important. The stronger your neck is, the bigger it is — it doesn’t prevent it — but the least likely it is to have a concussion. So when I go in for a tackle, I really don’t worry about it.

In the weight room, we try to build up our necks, because that reduces the impact and it can prevent concussions.

Elijah Collins, a three-star running back, said he thinks about concussions regularly, and he and his coaches talk about head injuries often.

If a DB almost did hit me like that, I could tell him, ‘Watch out.’

Some players are worried, while some would rather not think about concussions at all 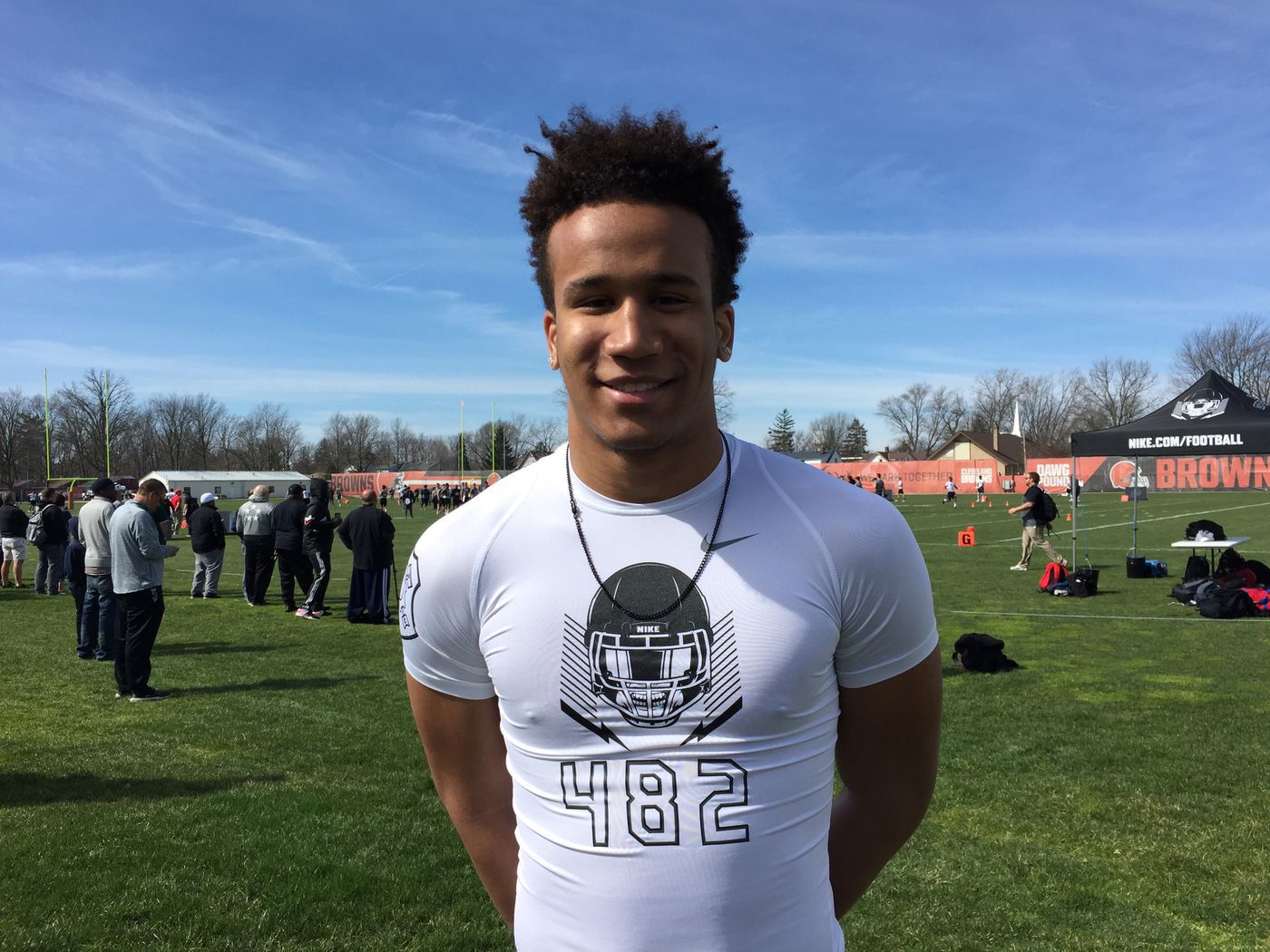 I try not to talk about it. I don’t wanna think about it, because it’s gruesome; it’s bad. It happens to everybody. It happens all the time, but you just have to be safe.

I kind of worry about it. I kind of didn’t worry about it last year, my sophomore year, because I thought, like, ‘I can’t be tackled.’ But now that I sit down and think about it and see the injuries that happened on my team, I kind of gave it a second thought.

L’Christian Smith, a four-star Ohio receiver, says the topic “comes up all the time.” He takes part in a two-day session on hitting and player safety at the start of each season.

As a wide receiver, we really don’t get hit that much. I mean, we get hit, but not like the running backs or the guys in the trenches. But that one time, that’s all it takes, so it’s just all about playing safe and not doing extra. If you got the yards, man, step out of bounds. Fight to live another day.

To whatever extent head injuries change football, this generation of players will live through it

It’s not clear how much change will come, or when, however. The NFL has adopted a concussion protocol that is susceptible to fake-outs by players who don’t want to sit. College conferences have their own protocols — there’s no NCAA-wide rule about handling concussions, but the organization has a “best practices” guide. The National Federation of State High School Associations has “suggested guidelines,” but it doesn’t make policy. Different teams may have different rules at any level of the game.

That’s the state of play: NFL teams working within a flawed system, college teams under a patchwork of rules sort of overseen by conferences, and high school teams going off suggestions from local sports governing bodies and their own intuitions. That’s a lot of real estate for any reform to cover.

Maybe there will be fewer players one day if parents like Bo Jackson pull their kids away from the sport. Enrollment in the high school game has fallen in this decade — 27.7 percent among players aged 6-14 — though it rebounded somewhat in 2015.

I don’t ever have that creep into my mind, because I don’t wanna play scared or be worried about getting injured. I’ve never had a concussion, so I guess if I had one, that might change my thought about it.

... making blocks, running routes, or throwing tight spirals will always be foremost on their minds.