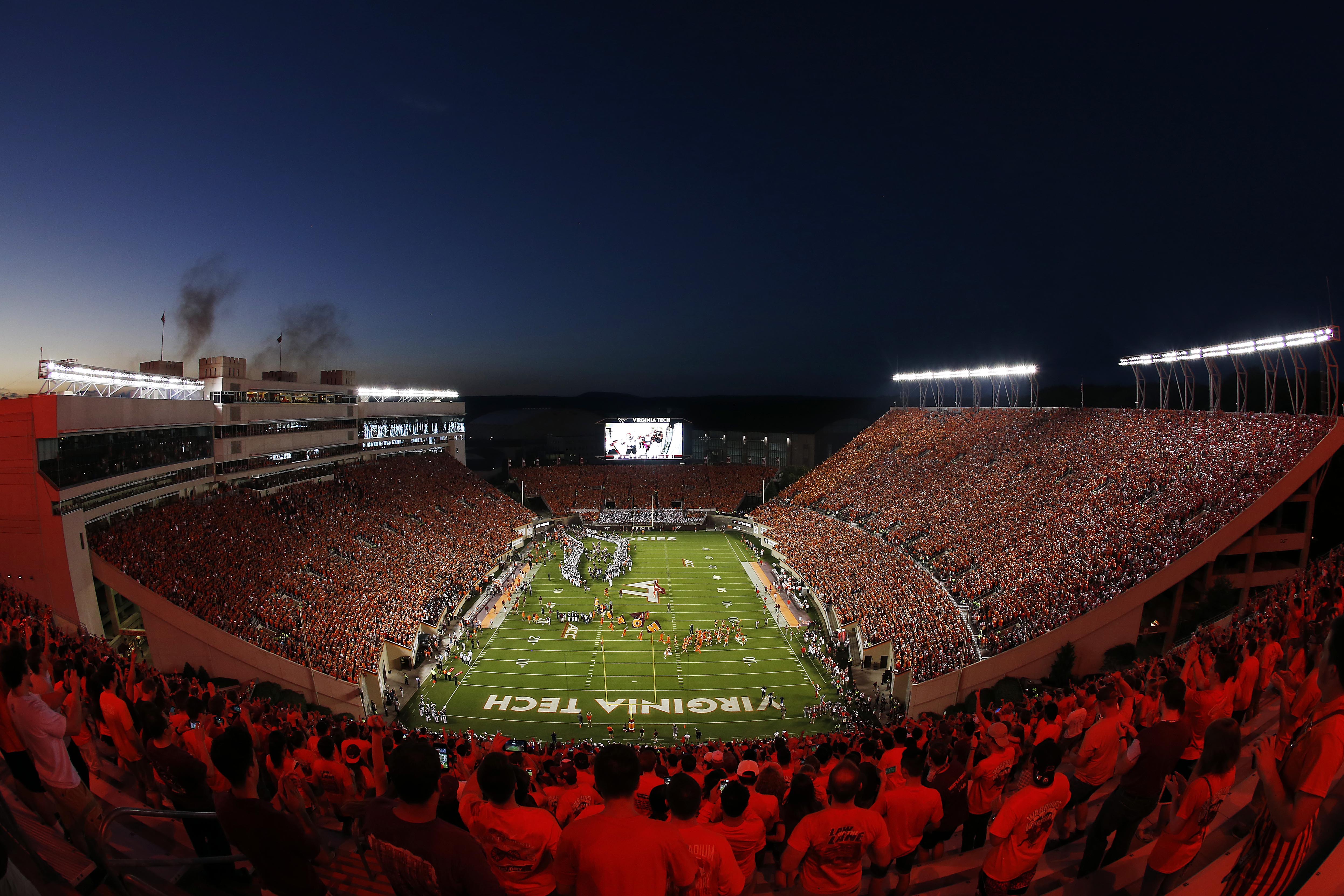 I’m qualified to give life advice on maybe like 2.5 things, tops. One of them is how to enjoy college football more.

The first part is to make whatever kind of peace you can with the sport’s endless list of problems. I can’t really judge anyone who lands anywhere on the spectrum between thinking everything’s great and trying to get the whole deal banned.

The other part of leveling up is the fun part: care about teams besides just your own.

That sounds simplistic. It might sound heretical. A lot of fans never seem to realize it’s even an option, though.

I didn’t, until somewhere around a decade ago. I’d liked Miami and Florida teams as a kid and some Virginia Tech and Oregon teams later on, but mostly focused on the team I’d been raised to care about: Georgia Tech. The only reason to care about anything in the Big 12 or SEC was because of some roundabout implication for the Jackets.

Georgia Tech managing to lose five games a year despite having Calvin Johnson helped widen my focus. Why watch that, when I could watch USC and Texas demolish the rest of the world and stalk each other into Pasadena? 2006’s Michigan-Ohio State was a Game of the Century and the first time I remember having strong rankings opinions that didn’t involve my team. And then the 2007 calendar year happened.

By that point, rooting for my team became just part of my Saturday. A combination of my alma mater starting a team and me starting a career in college football media finished off my Georgia Tech fandom, but I’m not trying to get you to quit on your school. Not at all. It’s possible to love one team above all and to love almost every other team, except Rival State. Most of my co-workers do it, after all.

One cool part of our jobs covering this sport: getting to know fans of literally every team.

Talking to college football fans from around the country, we notice the happiest ones are the ones who appreciate things about teams from various regions, can laugh at the jokes made by both sides of a rivalry, gear up for the full tailgates-until-Hawaii Saturday grind, and have opinions about the mascots only televised on weeknights ... all while remaining committed fans of lifelong favorites.

The fans who seem to be having the least fun: those who treat every interaction like a recruiting battle, as if the only way for your school to land a five-star is for you to remind a stranger that your team beat Ohio State that one time. "Why are you talking about Ohio State? My team beat Ohio State in a game that has little to do with this subject. Please talk about my team instead."

Maybe the difference lies in one group having an escape hatch if things go all 4-8. If your team disappoints in 2017, you can start grumbling about firing coaches while also adopting NC State or LSU or Syracuse or Purdue or Boise State or Minnesota as your side team. If your team breaks out a dream season, you can still ride it to the end all the same.

There are 130 teams in FBS, with another 647 college football programs in the United States alone. All 777 have their own traditions, rivalries, histories, and bizarre quirks. Did you know EKU and Morehead State play for a 1700s rifle that no longer actually changes hands, Oregon State Heisman-winner Terry Baker played in the Final Four months later, and Bill Snyder’s on the verge of having 40 percent of Kansas State’s all-time wins? I just learned these three facts today, despite loving this sport for decades and covering it professionally since 2010.

You can seek all that weird stuff out, you can sit back and let it come to you, or you can steer every conversation back toward one team. I know which option seems to deliver the least joy, based on observing thousands of fans per year.

This sport is s p r a w l i n g, and I feel it takes at least two or three years of post-What About My Team fandom to become comfortable with the breadth of tropes, let alone all the specifics about each team, which would take lifetimes to memorize.

So how do you keep expanding your horizon? It’s really never been easier.

I can’t even remember what college football fandom was like before the internet’s most recent couple waves. Social media and blogs like EDSBS were the biggest developments toward coast-to-coast fandom since TV coverage de-regionalized in the ‘80s.

This sport was never quite like the NFL or NBA. Ain’t hard to keep track of 30 teams that all play each other every 60 games or so. Meanwhile, college football will probably turn 150 years old before any team from the state of Georgia ever plays the Sooners. It’s always been easy to get locked into only caring about one little bubble.

Now, Twitter (or a team site, Reddit, Facebook, or whatever other similar platform you prefer) functions as a chat room, score ticker, highlight parade, and red alert for an Arkansas game going quadruple-overtime ham, as long as you make sure you’re listening to some voices from outside your own fan base.

Over time, it’s also a way to pick up a broader language. You can learn the jokes and references that matter most for every team, even if you’ll never spend thousands of dollars to visit all their stadiums.

I know a few people who buy a local college shirt whenever they visit a new town, even though a fifth of their wardrobes will always rep Alma Mater U. Read a few college football books that have nothing to do with your team. I always recommend It Never Rains in Tiger Stadium first. (Speaking of LSU, I’ve noticed a lot of Tiger fans who root for almost the entire state, except for ancient rival Tulane. That’s really cool). Go to some Friday night game and pick one team to try to cheer for. By the fourth quarter, you won’t have to try any more.

Try it for a season. Obsess over your team’s opponent basically like normal, but redistribute 10 percent of that mental energy around the country. If this ends up being your first season on this plane, you’ll not only find so many more players and moments to treasure, you’ll also have a deeper perspective on your own team.

Besides, there’s no better way to prove you really hate Rival State than to find something to love about every single team that isn’t Rival State.

Basically, what I’m saying is: