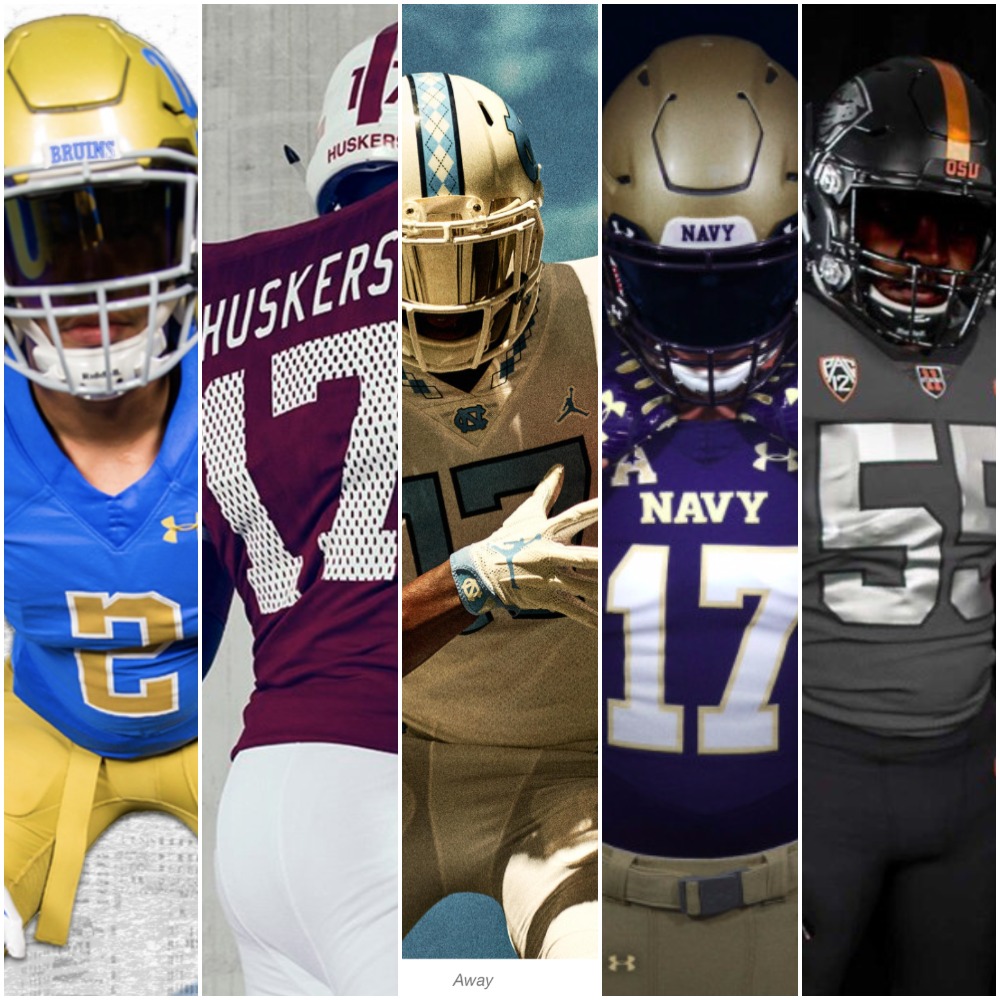 College football uniforms have gotten wilder and wilder for years. Back in 2010, Nike’s Pro Combat uniforms became a popular trend, and teams like Oregon became known for wearing different unis every week.

Oregon’s had a billion color combos, ones that sometimes drastically strayed away from traditional school colors. There were some that were mostly gray with hints of black and neon yellow, and some mostly yellow with black helmets. There was a blue-and-gold combo that read "Webfoots" on the chest, and ones that resembled actual ducks. They wore Lewis and Clark-themed jerseys in 2015.

Even Oregon fans started to agree it was all a bit much. And it wasn’t just Oregon.

But as we enter 2017, teams are dialing back on the experimentation.

Even the Ducks have said they’re sticking with a more traditional look.

"We're going to try to stick to more traditional colors this year," Kenny Farr, UO's football equipment administrator, said, though Oregon’s new uniforms aren’t out yet. "Trying to kind of simplify a few things but still keep it modern and keep it looking really good."

Want a bunch of examples?

Here’s UCLA’s beautiful new look, ending years of one of college sports’ most iconic color schemes being tampered with:

UNC’s new uniforms switch from Nike to Nike’s Jordan Brand, reminding everyone where Michael Jordan went to school. That means putting a basketball logo on a football uni, but these are still clean. 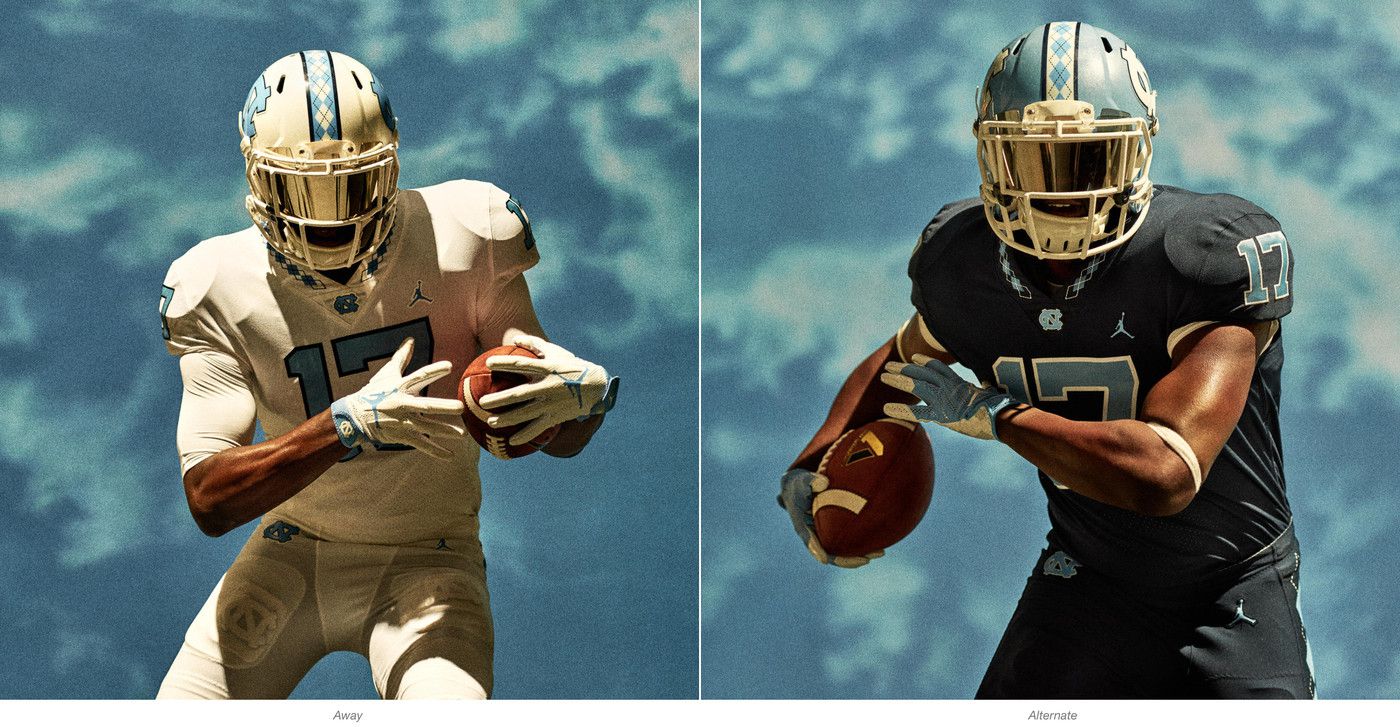 Nebraska’s got some new alternates for its game against Wisconsin, with almost no striping and only one unusual element: 1997-style faux-mesh numbers. Nothing is more old-school than mesh jerseys.

Michigan State's new white helmets for the WMU game are as crisp as can be: 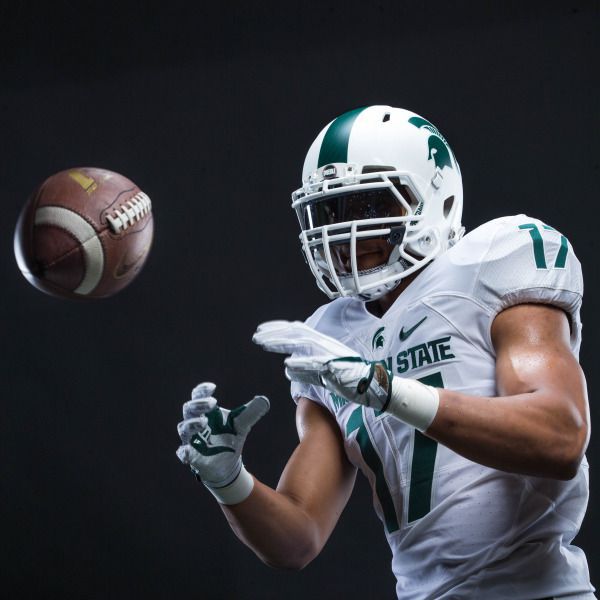 Washington State revealed these bad boys, and the combinations look clean, thanks to a lack of striping and other complicated elements. 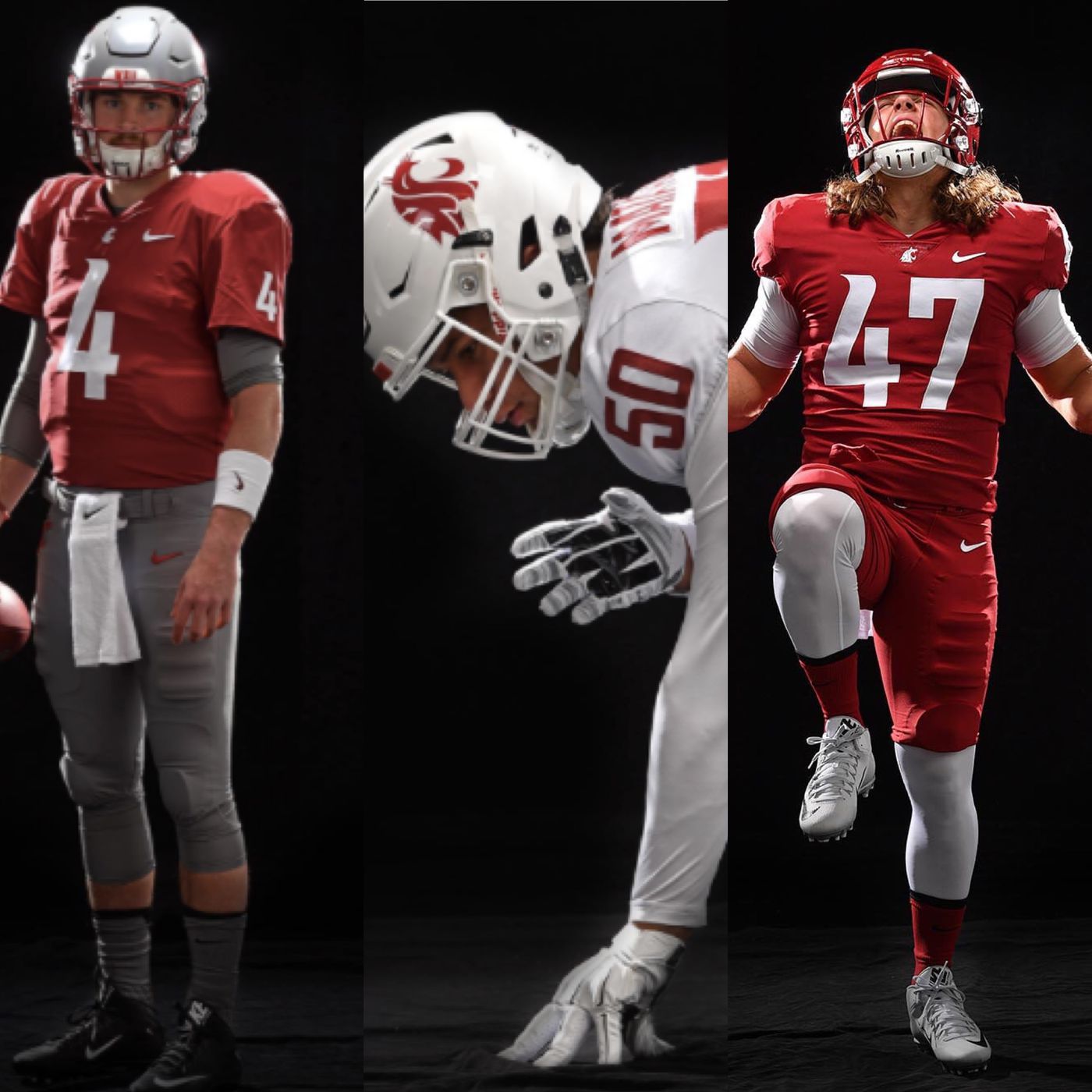 Utah's new uniforms really have a streamlined feel. Gone are the images of mountains from the jersey sleeves.

Navy always looks nice and unveiled these new Under Armour uniforms. These will probably deviate come time for the Army game, as both teams typically wear gorgeous alternates then. 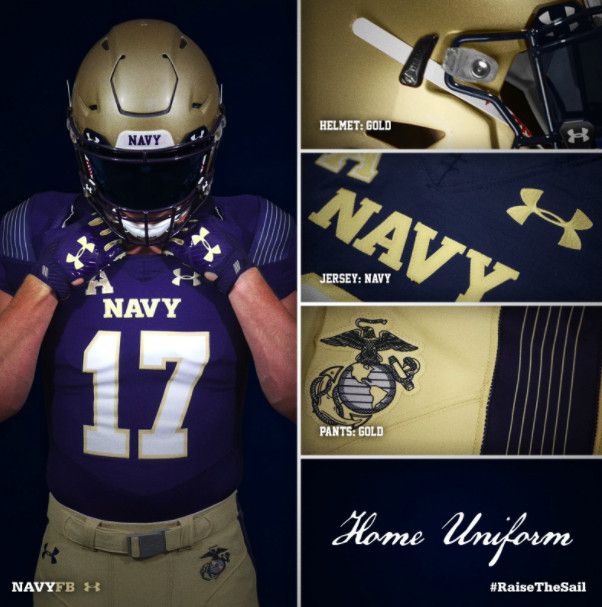 Miami has new alternates for its game against Georgia Tech. The all-black look has been botched plenty of times before, but these are nice. 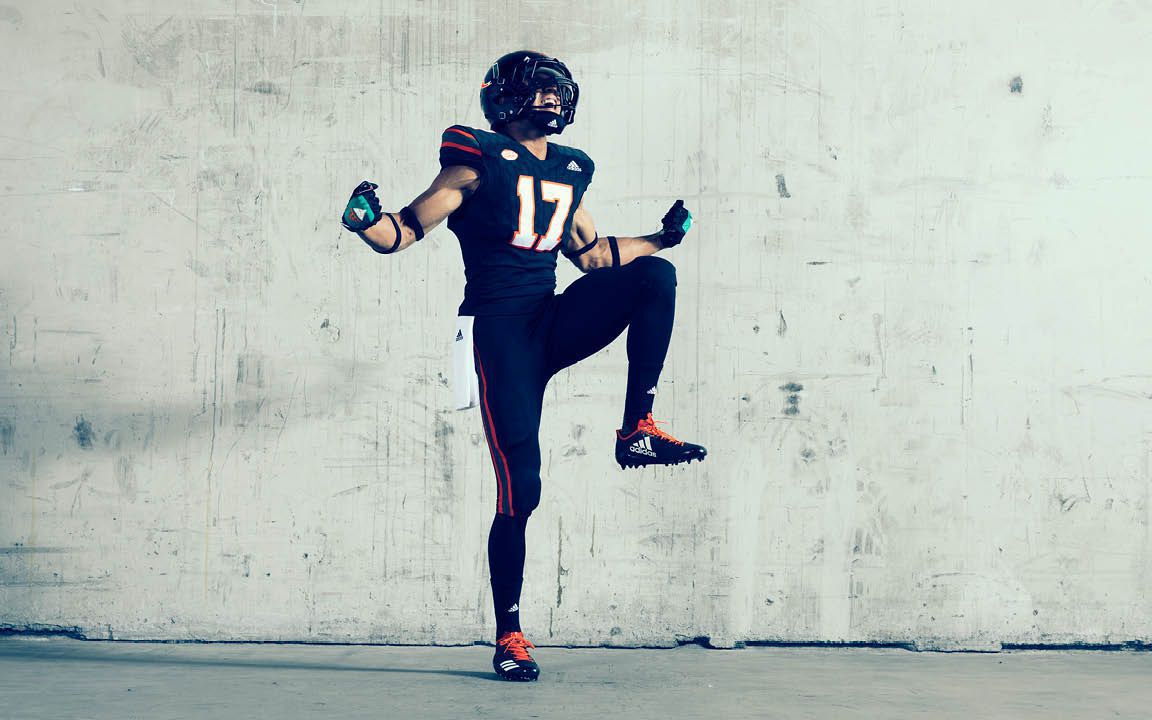 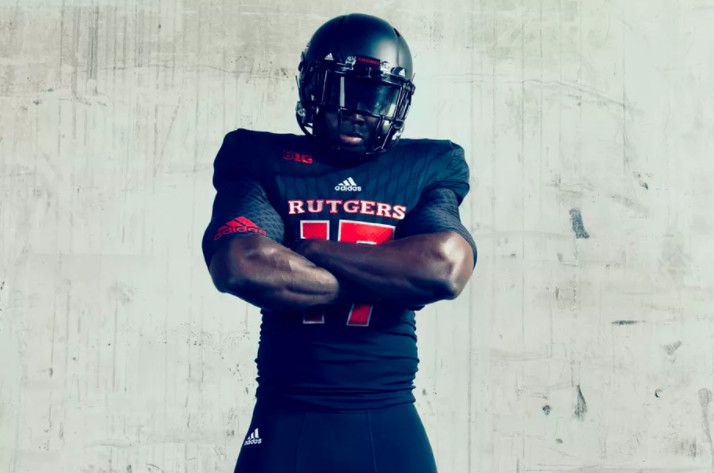 Oregon State’s got a mostly monochrome new look. When just about the wildest detail on this entire list is an orange eye on a silver animal, you know things have changed.

Boise State’s standard uniforms have been pretty straightforward, albeit with bright colors and a huge helmet logo, and their new gear evolves that look. 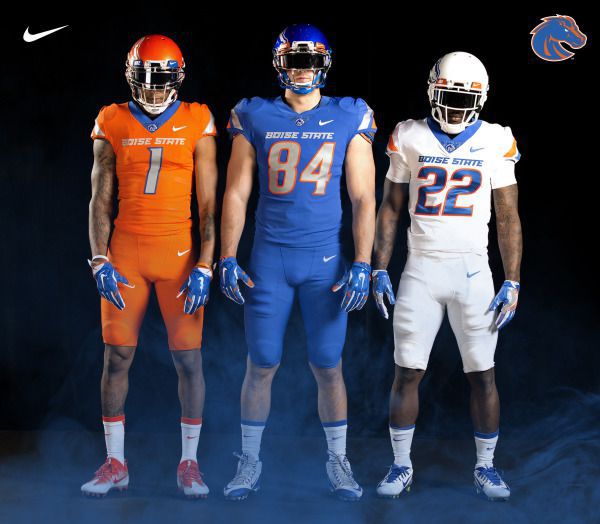 North Texas' only unusual detail is a subtle feather pattern on the sides:

Cal's feature less yellow on the jersey, and a blue stripe down the side of the pants.

Even the oddest unis revealed so far aren't all that odd, by the sport's recent standards.

These Texas A&M alternates for the Mississippi State game feature a maroon-to-black fade, but the colors are both so dark, it's not all that jarring. 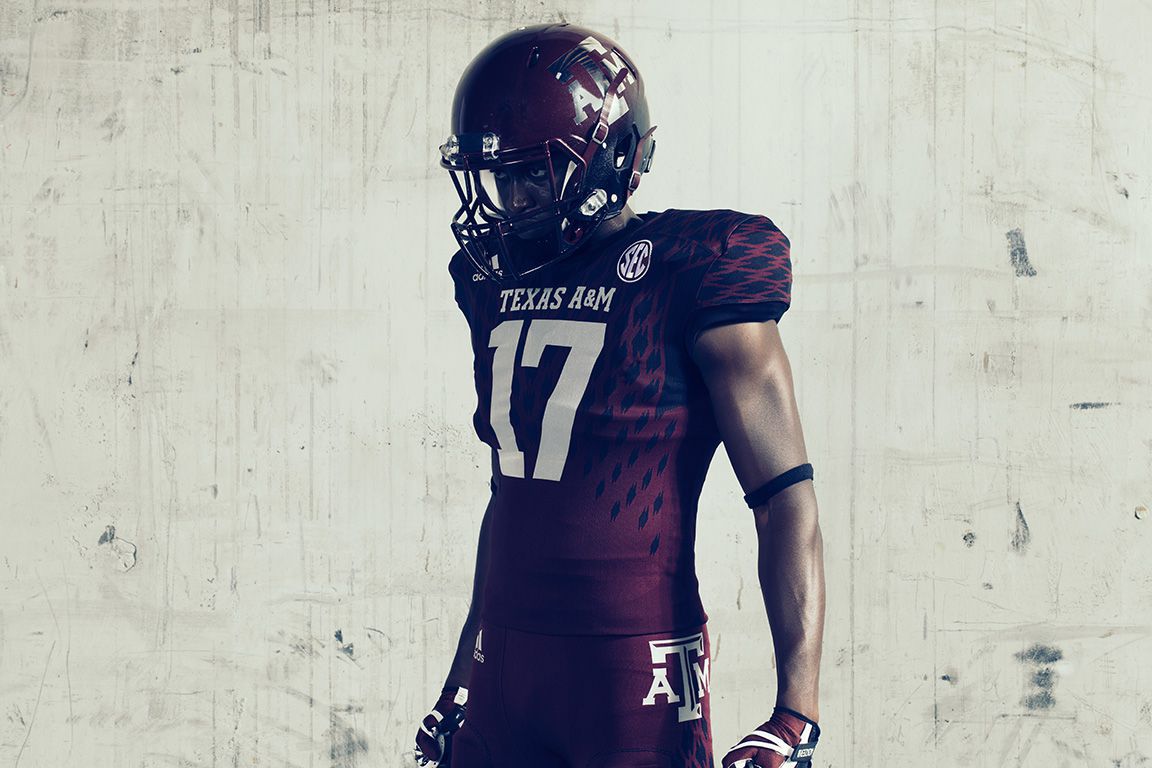 Notre Dame will rock a Knute Rockne-inspired throwback, which is very throwback-ish but pretty simplistic overall.

ULM has two new alternates. One has the university logo, not the team logo. And one has a combo red-white-and-blue Warhawk plus P-40 Warhawk fighter plane styling, which is kind of a lot to have going on all at once, but it still looks fine.

Sometimes, brighter and flashier isn’t better, and it seems some schools are coming to the same conclusion.

We’ll keep this updated, especially if the trend continues with other programs as more uniforms get released this offseason.