How music works in college football locker rooms, and what players are listening to 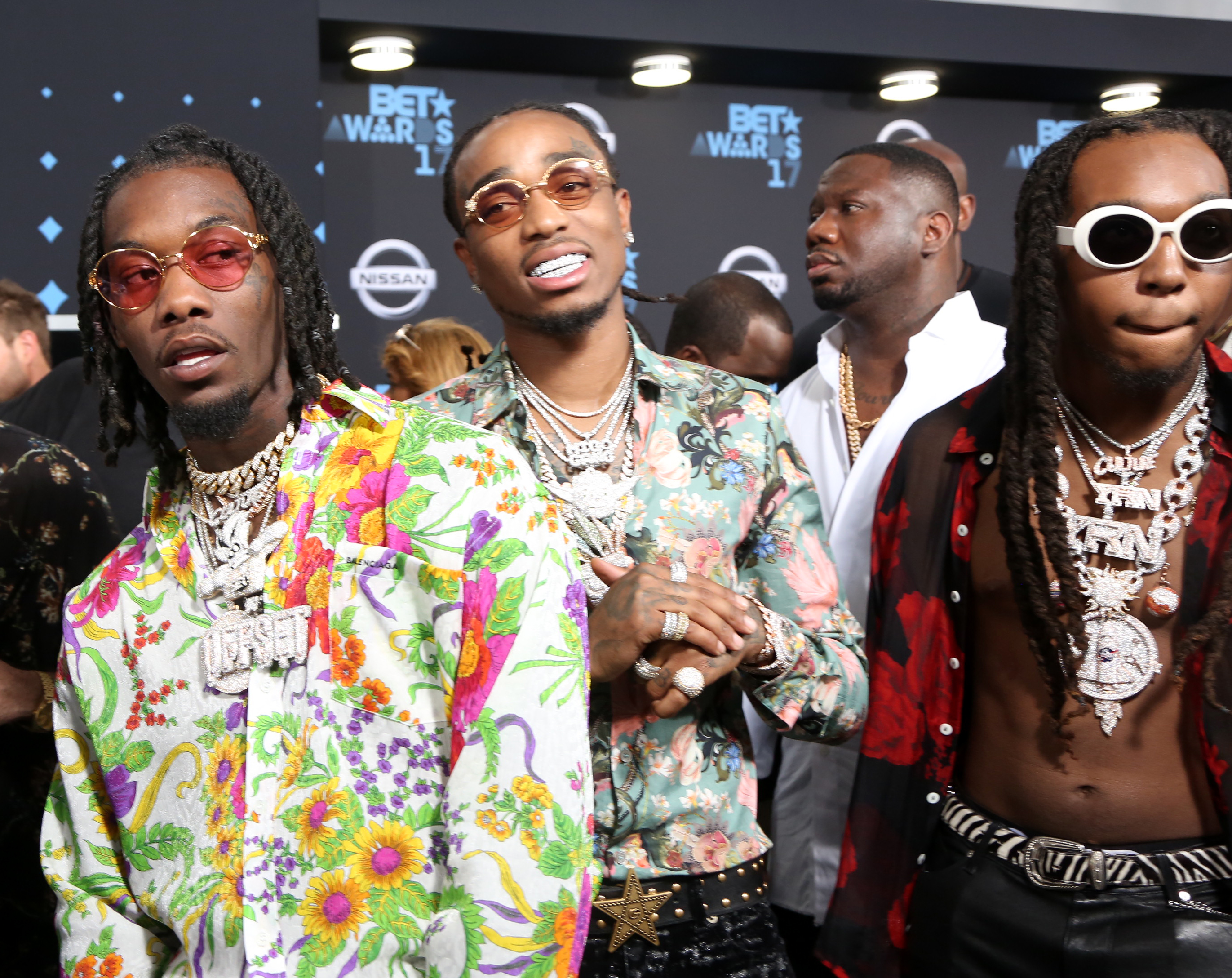 College football teams are collections of more than 100 young people from all over the country, with different backgrounds and music tastes. Sometimes, the players blast music over a stereo that fills an entire weight room or practice field. Others put on headphones and listen to the one song that gets them right before a game.

SB Nation talked with dozens of players and asked a bunch for their favorites — the songs that are always bumping in their teams’ shared spaces, the ones they need to hear for themselves, and their songs of the summer.

The short version: Locker rooms love Migos and Future, but playing Drake or country might be a risky move.

Favorite: "I might play some Future radio. Migos. Some of the o-linemen like to listen to the country music, so I can roll."

Webb says he "adjusts" to country.

Worst: "Sometimes somebody will put on real slow Drake songs, like from the Take Care album, and it’ll get everybody down, and we’ll have to change that immediately."

Least favorite: "I cannot listen to country music at all." According to Dawson, strength coach Mike Kent puts country on to mess with the players.

Last year, the rift between Drake and Future threatened to tear the program apart.

"As an entire team, we’re pretty diverse in our music choices. There’s some guys that like country. Some guys are like, ‘Oh, country’s on.’ They don’t all like that."

Least favorite: N/A. "They’ve got me on country music now too, so I’ll listen to almost anything."

Favorite and not-so-favorite: "I like Young Thug, the artist. And me, I’m not really an old school kind of guy, so like if Ice Cube comes on — and I respect Ice Cube and what he does, the music he puts on — but I’m just a part of this generation."

Favorite: "Probably rap. I just know every lyric to it. When I’m grinding, like say when I’m doing abs, I hear a song come on, I could just sing along to it. And when I’m in pain, my stomach is cramping, I’m just like, ‘All right I’m OK, I’m gonna just rap along to this song, and it’ll make it go by faster.’"

Least favorite, but also favorite, kind of: "I’m weird. I kind of listen to a lot of music. Some music that I hear I might not know the name of it, it kind of gets me going. It may strike a nerve, and I might just go even harder, so I can’t even say, ‘It’s bad music to hear in the weight room,’ you know? It can be something slow, it can be something fast, it could be funeral music — I’ll find a way to get going to it."

Favorite: "We played ‘Throw It Up’ by Lil’ Jon. That’s one of our greats in the weight room. It gets everyone going."

Least favorite: "Bad songs? They play some old techno sometimes on Tuesdays, Techno Tuesdays, and it gets very repetitive."

Least favorite: The same song over and over.

Least favorite: "We got a kid named [OL] Kyle Trout, and he plays a lot of cartoon songs and stuff like that ... like Dragon Tales. It gets him going, because we work out at 6 in the morning, we’re done like 7:45 to 8, and that’s like the last thing you want to hear in the mornings after a workout. It’s probably the worst part about it."

Favorite: "I like listening to Future. Future is awesome."

Least favorite: "Sometimes somebody will put on like some BPM or something, and like, I like it, but not to work out to. We have some interns that put that on."

"Future, Migos, we got Drake going sometimes," Williams says. "One day we walked in there and had Bryson Tiller on. We in there singing, but we lifting weights. Everybody just vibing out to it. It’s just a switch up, change of mood. It put everybody in a good mood, you know? We walk in there some days, and it’s old school rock ’n’ roll; it ain’t usually country. Regardless of race, when you hear somebody playing music, it’s usually hip-hop music."

At most programs, the power of the stereo is first-come, first-served.

Indiana’s one of the teams that lets the first man to the cord decide.

"It’s whoever grabs the phone," Arkansas’ Ragnow says. "[Strength coach] Herb’s got the overall say — no one’s going to argue with that — but anyone can go put on a song."

Ragnow added that Coach Herb being a fan of Johnny Cash means "Ring of Fire" has been heard in the weight room before. The strength staff often controls the auxiliary cord.

"It’s controlled by one guy mainly, and you can make requests," Georgia linebacker Smith says.

What's the football player's workout song of the summer?

"O Let's Do It" by Waka Flocka Flame

"He's from the same county as me, Clayton County," Minnesota running back Rodney Smith says. "It hypes the Georgia boys up."

"It's a very popular song," Indiana QB Richard Lagow says. "And then also, you can get the instrumental beat to it, take the words out, let the guys freestyle to it. If you're coming to the stadium, you're gonna hear ‘Tunnel Vision.'"

Pretty much anything by Migos

"We've been bumping that album [Culture] hard this summer," Illini receiver Malik Turner says. "I feel like years from now, my senior year I'm gonna be thinking about, ‘What were we bumping in the weight room?'"

"I'm not really a big fan of rock ‘n roll, but I love Migos whenever I'm working out," Tennessee DB Emmanuel Moseley says when asked for one thing he doesn't want to hear and one thing he does.

"Anything with Migos or 21 Savage," Maryland linebacker Jermaine Carter adds. "Anything that they put out, everyone in the locker room is playing it."

For some geographic diversity (since we talked with most of these players at AAC, Big Ten, and SEC media days) ...

... we also asked a few Texas and California recruits.

"Can You Be My Friend" by Chief Keef

"Hell and Back" by NBA YoungBoy

"From the D to the A," by Tee Grizzley feat. Lil Yachty

Another way of deciding on music: "White Boy Wednesday."

In a bunch of locker rooms, including Cincinnati’s, country songs are OK, but only on a specific day.

"For the most part, somebody from Florida" controls the Bearcats’ aux, Alabama native Cunningham says, "until it’s White Boy Wednesday. That’s always the best day. You get a lot of country music."

"The first song [at practice] is 'Smooth,' Santana," Syracuse coach Dino Babers says. "The last song: 'I Feel Good,' James Brown. Every black guy, white guy, pink guy, green guy will learn the words of those songs. Now, in between those two songs, they get to play whatever they want, as long as there's not cuss words or N-bombs."