Only a few teams can win the national title, but college football’s about so much more 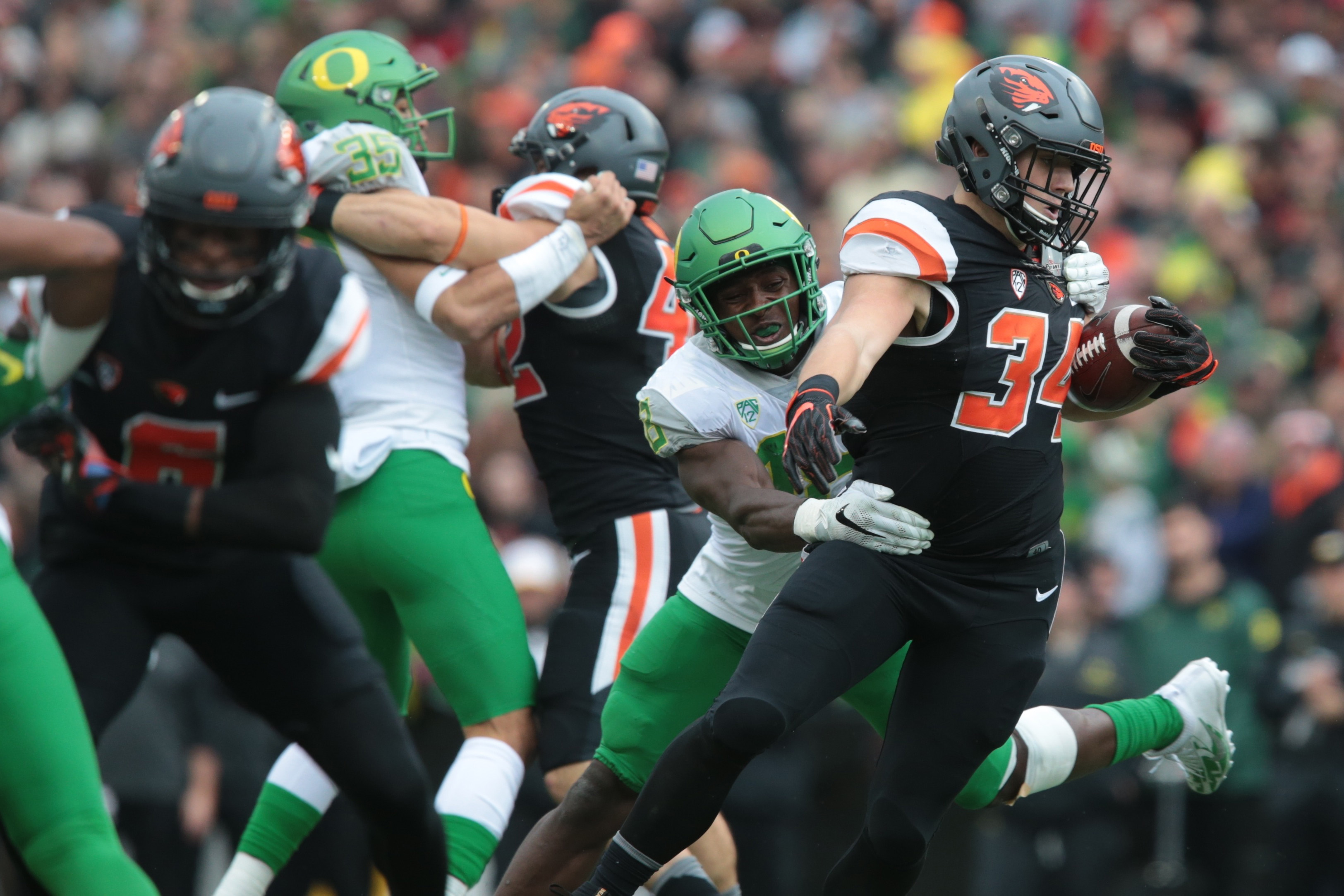 The certainty at the top can seem pretty boring. The same teams win the title all the time. Imagine if the same 10 percent of NFL, MLB, or NBA teams kept winning over a 30-year period.

It’s been 22 seasons since Florida became the last team to win its first national title. There are no realistic candidates to do it this year. In fact, only 10 teams meet the recruiting threshold that recent history says is necessary to win a title.

And yet college football remains one of the country’s most popular sports.

Of course, these powers can still be fun. 2014 Ohio State was fun, winning a title with a third-string QB. 2012 Alabama became fun, dispatching an Irish team that much of the country was sick of.

There’s also a challenge in it, even for the elite teams. Unlike pro sports teams, there are no long-term contracts. Teams must cycle through their roster every few years as yesterday’s freshman walk across the stage, be it at graduation or the NFL draft.

As a Netflix society, we binge for 14 hours each Saturday. Despite the spoiler that the champ will be one of a small handful of teams, there are no week-to-week spoilers, which makes the game so unpredictable and addictive.

Fans of the 120 FBS teams with little or no shot still show up.

In Lincoln, Nebraska, 85,000 people make an incomprehensible amount of noise watching on an enormous jumbotron as 100 young men walk through a hallway.

In Madison, Wisconsin, after 45 minutes of play, the home crowd jumps along in disturbing unison to a decades-old song from faux-Irish rap group House of Pain. It is so fun you can occasionally catch members of the visiting team joining in on the sideline.

In Auburn, Alabama, a town of 53,000, up to 87,000 people show up to watch an eagle fly around a stadium. A retired eagle still hangs out on campus. (The team's nickname is the Tigers, by the way.) In Tallahassee, Florida, a student is given a scholarship to dress up as a Seminole chief, ride into Doak Campbell Stadium on a horse named Renegade, and plant a spear into the ground.

In Starkville, Mississippi, home fans clang cowbells incessantly, and they are the only fans in the country allowed to do so. This is a big deal. In Stillwater, Oklahoma, the Cowboy Marching Band plays "The Waving Song" after the home team scores. The fans don't clap along, of course; they wave.

In Clemson, South Carolina, the home team pats a rock and runs down a hill to thunderous applause. In College Station, Texas, proud Aggies cheer along with male yell leaders dressed like milkmen, repeating chants that you don't understand and nodding quietly to the collie graveyard on the north end of the stadium.2

In Shreveport, Louisiana, local Louisiana State fans show up at the Independence Bowl, a game in which their team isn't playing, just so they can get some tailgating practice. In Boise, Idaho, Utah State beats Toledo in the Famous Idaho Potato Bowl. The trophy they receive is basically a crystal bowl of potatoes. Winning this ridiculous trophy is one of the program's finest moments.

Welcome to college football, where this all makes sense. From the tunnel walk at Nebraska, to "Sandstorm" at South Carolina, to "Enter Sandman" at Virginia Tech, to "Jump Around" at Wisconsin. From War Eagle at Auburn to Chief Osceola at Florida State. From CLANGA CLANGA CLANGA at Mississippi State to silent waving at Oklahoma State. From drunk LSU fans grilling meat for practice to jubilant Utah State fans cheering as their head coach holds a potato bowl over his head.

In the real world, you aren't allowed to dress up like a Native American and throw a spear into the ground. In college football, you can pay for an education doing this.

College football is the world's biggest insiders' club, a sport with too many inane, insanely enjoyable traditions to count. It is off the beaten path. It is messy and absurd. It is nonsensical. It is wonderful. It is always changing, and it never changes.

There are conference titles, division titles — some schools celebrate the heck out of simply making a bowl game. For the best of the best, those things don’t matter, but if they are all a school can aspire to, you better believe those fans are celebrating in the streets.