2. Enable players to use the Olympic model of amateurism.

One item in the 2014 Northwestern players’ list of unionization demands stood out to me:

In other words, they were looking for the Olympic model, an idea that's floated around college athletics for a long time.

The Olympics’ international definition of amateurism permits amateur athletes access to the commercial free market. They are free to secure endorsement deals, get paid for signing autographs (Georgia fans are listening), etc.

NCAA and school administrators aren’t full of it when they talk about the logistical issues with paying athletes. We like to yell, "PAY FOR PLAY," and hope someone figures it out, but the details are messy.

With the Olympic model, we don’t have to worry about paying a third-string defensive tackle or a redshirting tennis player the same as a Heisman candidate, because we aren't the ones paying. We don’t have to involve as many tax forms, and we can lighten the NCAA's workload somewhat. 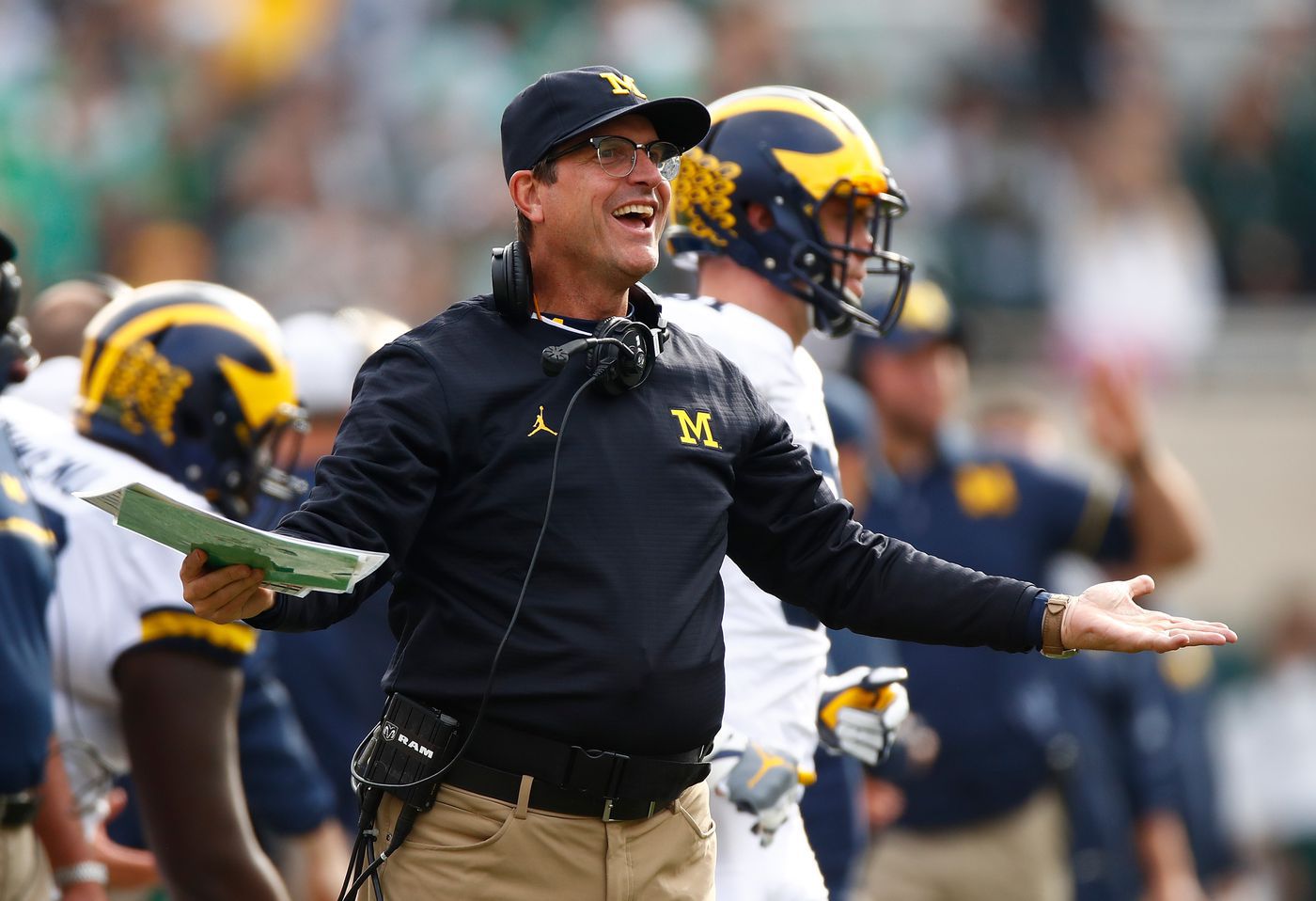 Photo by Gregory Shamus/Getty Images
Jim Harbaugh has company endorsement deals on top of his $7 million Michigan salary. Why couldn’t players have the former?

If we open up opportunities for endorsements and other "commercial opportunities," we might eliminate the need for a salary structure altogether.

I could explain it all from scratch, or I could pass the mic to someone who already has explained it well. Sports Illustrated’s Andy Staples, long a proponent of this concept, explained why it works so well:

Don't allow schools to pay more -- this takes care of the tax and Title IX issues -- but allow anyone else to pay any athlete they choose. ... This would provide a more just system with far fewer headaches, but the public and people who run college athletics have been beaten about the head for so long with the notion that any remuneration beyond a scholarship is immoral that they can't abide common sense.

Every time a major conference signs a new television rights deal, the dollar figures grow, yet the people in charge cling to rules written for a time when revenue was scarce and costs had to be carefully controlled. At some point, probably when members of a younger generation have taken charge, this notion of immorality will disappear. Just as people in the 1800s thought women would never be allowed to vote and people now can't imagine a time when women couldn't vote, opinions will shift.

There are logistical hurdles to consider.

But these are hurdles, not impediments.

The reflexive knock on the Olympic model is that the boosters at the wealthiest programs will pay so much that the top recruits will choose only the top teams; perhaps the defenders of the status quo don't look at Rivals.com very often. The top recruiters will remain the top recruiters, no matter the system. After years of this conversation, we shouldn’t still be leaning on the same arguments.

Hell, we should have learned what not to say years ago, and we’re still saying it.

We’re still pretending this argument comes down to "pay for play" and nothing more.

The pay-for-play concept could be worthwhile, but it isn’t the only way to assure athletes are making money closer to what they deserve. And it’s not the only way we can make the system fairer for athletes.