6. Advocate for expansion of the College Football Playoff to 8 teams ... eventually.

... then an eight-team Playoff is feasible and morally defensible.

Right now, it just isn’t. Sure, it could be done. But the defensive MVP of the 2016 season’s National Championship made a solid, if melodramatic, point about one of the drawbacks to adding one more game:

"If we had to do another game after this? God, no," Clemson linebacker Ben Boulware said last week. "I’d literally die."

We all like to assume bracket creep will take over and the current, four-team Playoff field will expand beyond four teams. It probably will. Admins have been talking about expanding it since it started.

Still, it cannot be responsibly done until we know athletes will benefit from the extra money that Playoff would produce and that there is proper rest for players who’d be asked to play 16 games in a season. Among other things, that likely means a two-week break between each round.

Here’s my vision of how an eight-team FBS Playoff would work.

The field would be the five power conference champions, the best Group of 5 team, and two at-large bids, all ranked by committee. (I will also force-feed the committee quality advanced stats.)

If the promotion-and-relegation structure I am also recommending were to take shape, that would eliminate the need for a mid-major auto-bid; that would mean five champions and three at-large teams.

Regardless, access to a national title should be requisite to FBS membership. (The other levels already have relatively fair tournaments.)

Quarterfinals around December 17, semifinals on New Year’s Eve/Day, and finals around January 15. If you want to get bowls involved, fine, but giving early home-field advantage to the top four seeds would make regular-season games as meaningful as possible.

* When possible, teams would be adjusted by one (and no more than one) seed to avoid regular season rematches. This produces a Michigan-Ohio State rematch, stemming from the fact that Ohio State has also played the No. 5 and 7 teams, but if we simulate two more years, you see that is a rare rematch.

One rematch in three years is an acceptable trade-off for total inclusion. 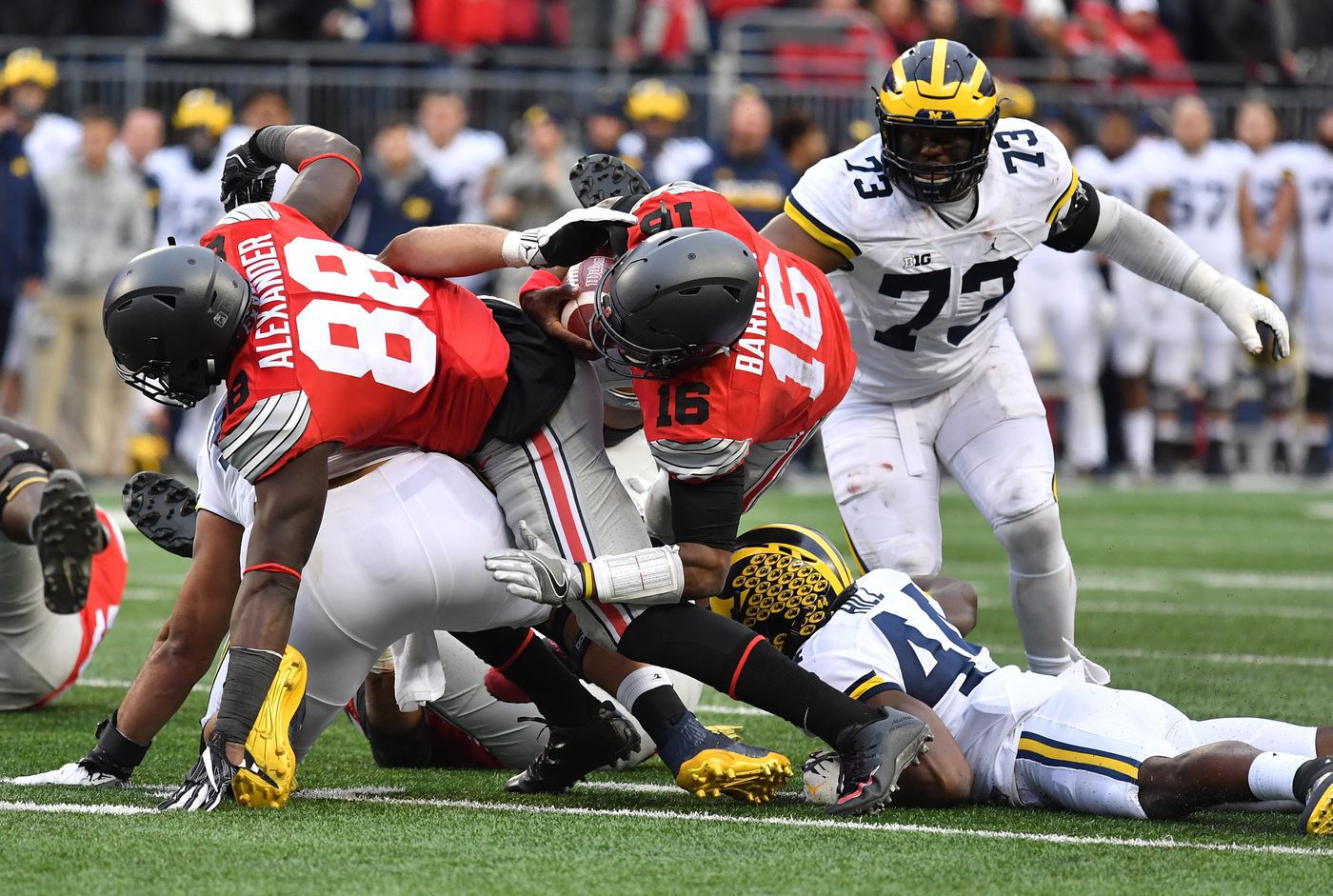 Photo by Jamie Sabau/Getty Images
Oh, like a rematch of this game would be a bad thing?

Have the quarterfinals a week after conference championship games (so around December 8-12), then announce bowl pairings on the following Sunday. Teams that lost in the quarterfinals would have the option of accepting bowl bids, thereby diluting bowl games as little as possible.

That last part is important. Bowls make college football unique and offer one final lap (and a decent locale) for the hundreds of people required to maintain a team. It is pure bonus football, and a seven-game playoff does not eliminate the value of the bowl structure.