As commissioner, I will...

4. Work to bring back the damn video game.

EA Sports’ NCAA Football series is one of the most beloved video games series ever, and in its absence, the love has only grown stronger.

Why isn’t it currently in production? Let’s review.

EA nixed the game after NCAA Football 14’s release in 2013. The franchise was embroiled in a legal controversy over EA and the NCAA’s profits off of amateur likenesses, which appeared in the game even as college sports’ governing body wouldn’t allow the players to be paid.

Both the NCAA and EA have faced legal action stemming from the lack of player compensation, and players began to get settlement checks in the mail.

There’s tons of money to be made on the game’s return, but the powers that be will need to figure out some way to share the wealth with players without the NCAA ruling anybody ineligible.

NCAA Football became the lightning rod for bigger issues regarding college athletes getting paid for their performance, not only in football but all college sports. And their likeness. It was a sad day when we realized, 'We are in the sights of a number of lawsuits. A number of athletes, which were all combined eventually into one singular suit, and said, 'That's me.'

It got to a point, Moore suggested, where EA had to spend more on legal fees from the game than it would've earned in revenue.

So let’s simply remove that problem.

One of my first goals will be for athletes to make money off of their likenesses via the Olympic model, which means schools themselves wouldn't necessarily have to pay them money. We'd just need to make it possible for Electronic Arts to pay them money, and it'd likely only need to be a small fee per player, based on how many of them there are and the size of the payments they received from the previous wave of court battles.

That alone closes some of the legal issues that led to EA Sports deciding it wasn’t worthwhile to produce the series. In other words, it would take us about halfway toward getting NCAA Football back. 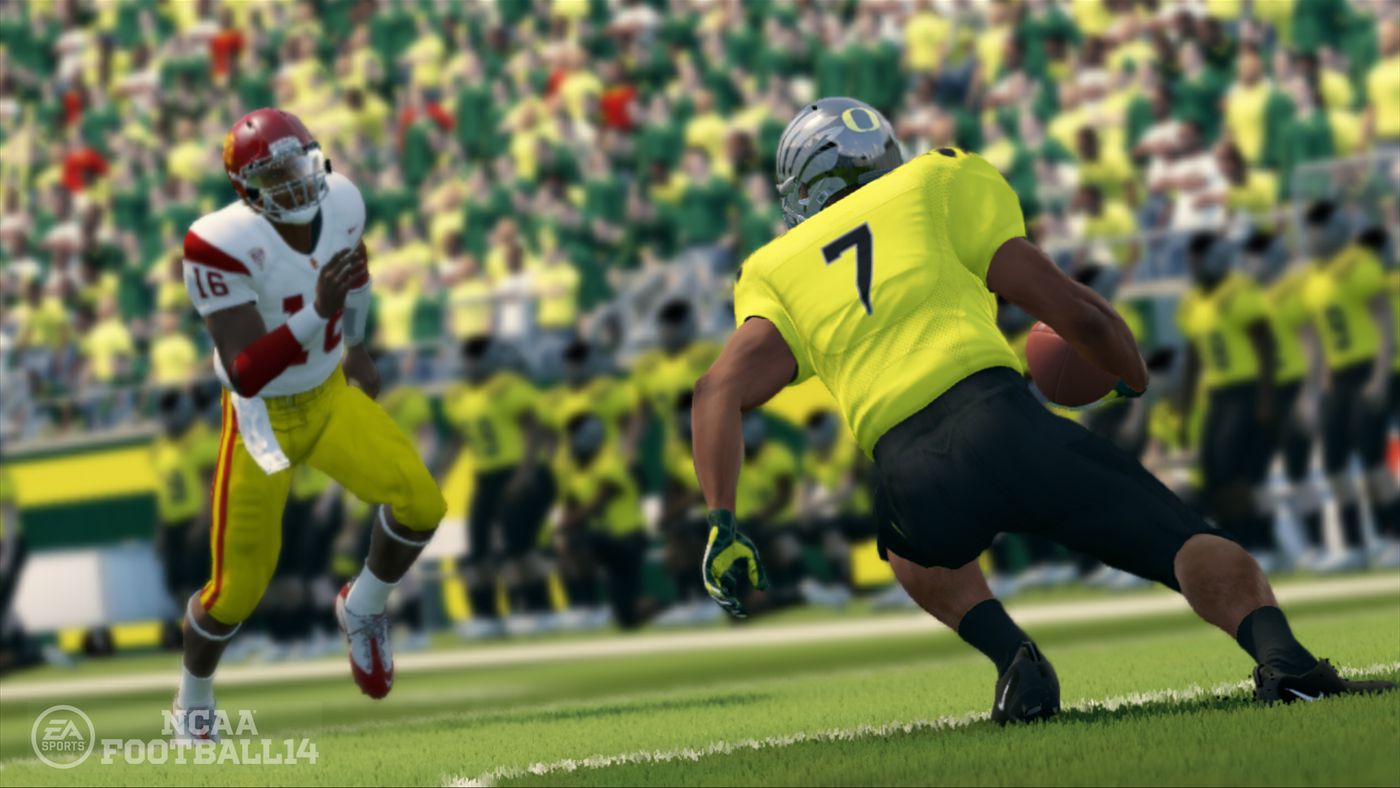 That’s not the only obstacle, of course.

Licensing issues are funky in college football. To some degree, individual schools, conferences, bowls, etc., have to sign on to be included, though there is also a collective licensing body. Some conferences talked about opting out of a revival of the game amid the NCAA’s legal cloud.

They would be allowed to do so under my plan, though it might be a bit of a recruiting disadvantage if players could go to a rival and not only play as themselves in a video game, but make a little money from it.

Licensing aside, there are logistics:

Regardless, know this: when I'm in charge, it’s coming back.

(And it’s going to have a promotion-and-relegation mode, an expanded playoff, better conference scheduling, and more.)