In November 1979, computer alarms indicated the Soviet Union had launched a nuclear attack on the United States. President Jimmy Carter shuttled to his command post. Retaliatory strikes were initialized. NORAD headquarters were in full-scale panic mode.

Someone figured out what was happening just in the nick of time, and the story became an anecdote. That's how it goes with nuclear close calls.

It's the opposite with conference realignment. We find out about the potential nuclear war first, then end up with a far less escalated reality.

June 2010 was escalated. On June 11, Nebraska announced it was joining the Big Ten. Colorado had already announced its departure for the Pac-10. Texas had scheduled a meeting to discuss turning the Pac-11 into the Pac-16. If you believed a prominent rumor-monger, the deal was done.

Texas will announce its plans to join the Pac-10 after its regents meet next Tuesday, source confirm to Orangebloods.com.

Chip Brown went from local Rivals guy to national scoopmaster by reporting the Pac-10's attempt to pull most of the Big 12 South. The conference would soon add Texas, Oklahoma, Oklahoma State, Colorado, Texas Tech, and Texas A&M, leaving the Big 12's others scrambling.

Big 12 commissioner Dan Beebe, who had failed at the impossible task of convincing the dysfunctional conference family to look at each other as equals, was also scrambling. On June 11, he met with conference members and TV executives, attempting to find duct tape.

Despite Brown's proclamations (which continued into the next year, when he announced there was no truth to the rumor that A&M would end up in the SEC), Texas stayed put.

The ripple effect still created one hell of a wave; as noted by Fox Sports' Stewart Mandel, 43 of 128 FBS teams now compete in a different conference than in 2009. Colorado and Utah went west. Nebraska went midwest. Missouri and Texas A&M went southeast. The ACC punked the Big East, which split into two and raided Conference USA. Conference USA raided the Sun Belt. The Mountain West murdered the WAC.

Still, so much more could have happened.

Texas might have been bluffing. Longhorn brass might have been using Larry Scott's Pac-10 as a pawn, attempting to scare the Big 12 into kowtowing (more than normal) and standing clear of what would become the Longhorn Network. We won't ever get a perfectly honest answer about how serious Texas was (or whether Brown was a knowing or unknowing player in the bluff). But in mid-June 2010, it not only felt like it could happen, it felt like it would.

So what if it had?

Since we know the real-life Pac-12 went on to make school-specific channels within its Pac-12 Network umbrella, we'll say the Pac-16 is able to use Texas as leverage for a better TV deal. Texas gets some version of its Longhorn Network, and Larry Scott pulls off the biggest coup in the history of college sports.

Scott's original gambit included Colorado and what were known as the Big 12 South's five primary schools (poor Baylor had only begun to rebound). But when the uncertainty began, the "A&M to SEC?" rumors began to percolate. If Texas takes four of its neighbors west, is A&M one?

I think not. I say the draw of SEC life sends A&M in a different direction, and the Pac-16 snares Utah from the Mountain West instead. SEC commissioner Mike Slive makes sure Texas doesn't get everything it wants, but Scott remains a happy man.

And now it's time to scramble. 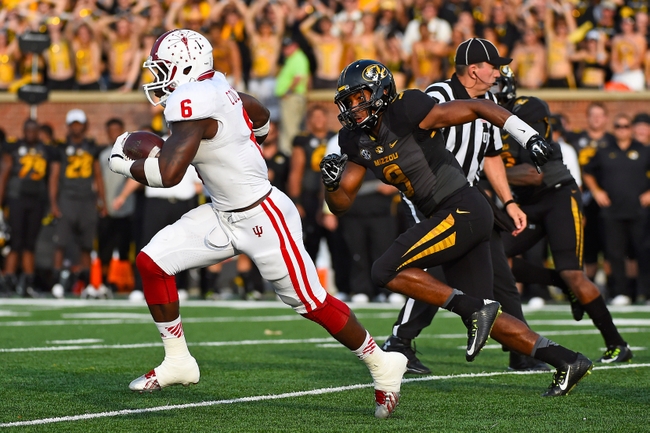 What we know: The courtship that resulted in Missouri joining the SEC in 2011 began with a phone call from Mizzou chancellor Brady Deaton to his friend, Florida president Bernie Machen, to gauge interest.

What we heard in June 2010: A&M officials were advocating that if the Aggies became the SEC's 13th school, Missouri should become the 14th.

If the latter is the case, what does that mean for the next domino? The Big Ten and SEC are both looking to increase membership beyond 12. Which way does Mizzou lean?

Knowing that the prospect of junior membership in the Big Ten made Mizzou hold out SEC hope, I'm betting the university chooses the SEC if the SEC is a choice. But we'll say the Big Ten acts quickly and scoops up what seem to be the next two schools on its list: Mizzou and Rutgers.

It might not have stopped there. Kansas would have been willing to leave, too, and the Big Ten did end up adding Maryland a while later. But because Notre Dame's intentions are not yet known, we'll say the Big Ten stops at 14. 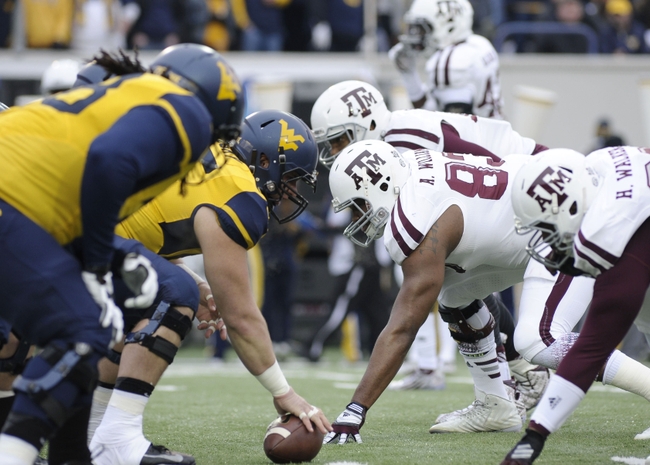 The SEC's options are limited by its presumed preference to expand only to states outside its umbrella, assuming it intends to stick to schools that are at least partially south of the Mason-Dixon.

The SEC could have stopped with A&M, especially if Missouri was off the table. Instead, we'll say it goes with the Chips On Shoulders superfecta. West Virginia comes aboard, as do two of the more underrated angry fanbases: NC State and Maryland.

That batch depends on one question: would Virginia Tech come instead? One would assume that because of the size of the state (i.e., viewer umbrella), the Hokies would get an invitation over Maryland. And they were superior to NC State in football. If the SEC plucks from the ACC, you would assume Tech is the first preference.

But how tied is that school to the more academics-minded ACC and/or its in-state companion in Charlottesville? We'll say Tech passes. This brings the upcoming SEC Network to Washington, DC.

The ACC is now vulnerable, and it's now about to become even more so. 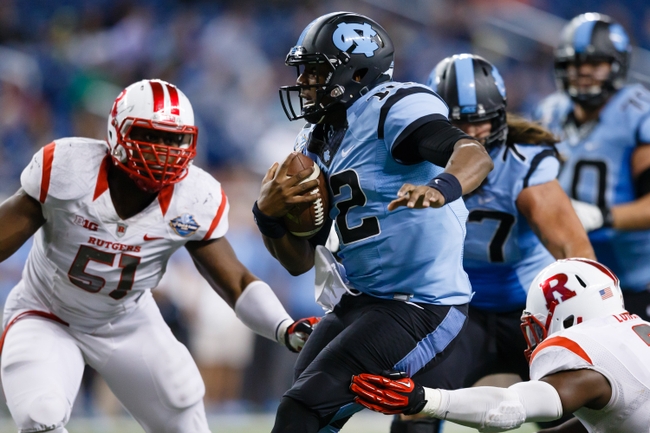 Since the Irish eventually chose the ACC over the Big Ten, we'll assume they'd have done so earlier in this escalated scenario. The primary questions regarding Notre Dame are a) does this hysteria force the university to choose more permanent membership, b) do the Irish choose the partial membership arrangement they currently have with the ACC, c) is the conference's sudden vulnerability a factor, and d) what happens while the Irish are mulling all of this over?

As long as the 14-team Big Ten thinks it has a shot at the Irish, it's not moving to 16. But it could still get aggressive.

When the Big Ten announced its intention to expand in December 2009, heavyweights began to float the idea that the conference wanted to expand to where the population was expanding. In other words, it was curious about moving south. Knowing the conference's proclaimed academic standards, that opened up interesting opportunities. Would Georgia Tech be interested? UNC or Duke?

Timing is everything. The ACC looks vulnerable. The Big Ten swings big. For curiosity's sake, let's say UNC and Tech bite, and the Big Ten Network window stretches into Atlanta.

The ACC is reeling. Luckily, it is still capable of outwitting the Big East. 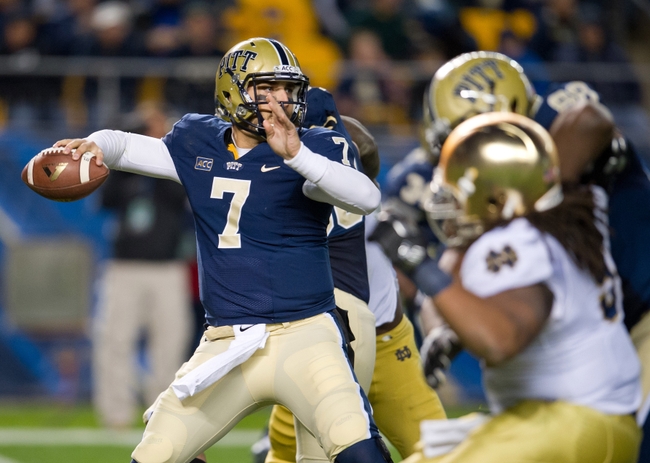 In real life, the Big East had lofty ambitions. It briefly added TCU, Boise State, and San Diego State, and it was one of a few conferences that acknowledged interest in the Big 12's potential leftovers.

Unfortunately, the Big East was a mess, housing football schools and non-football schools. Pitt and Syracuse sneaked out to the ACC, where Notre Dame agreed to a part-time arrangement. The Big East ended up adding half of Conference USA and splitting into two conferences.

We'll say that still happens. The ACC plucks away some key programs (Louisville, Pittsburgh, and Syracuse) and basketball powerhouse Kansas. And to stick a fork in the "four 16-team super-conferences" idea -- since when has college football ever been organized enough to come up with something like a perfect four-conference structure? -- it adds Notre Dame as a partial 15th member.

But who gets slots No. 13 and 14? Does the inclusion of Kansas make fellow Big 12ers Iowa State and Kansas State options? Or does the league go with the less geographically ridiculous Cincinnati and UConn?

The latter, which opens the door for the Big 12. 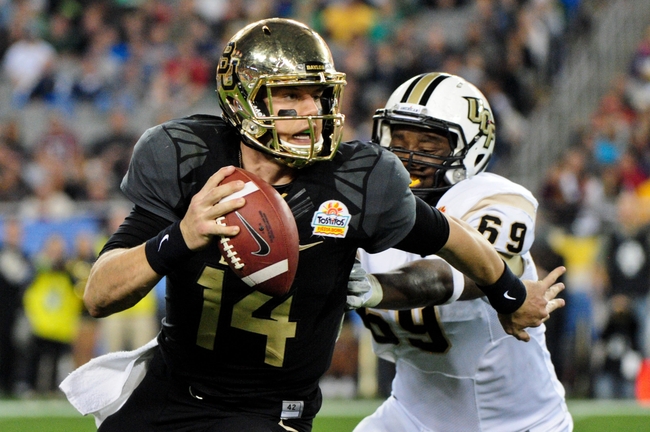 This three-team conference still has BCS status, since that can only be changed after a multiple-season review. And since there are three teams instead of just one, the conference has a chance at life.

The new Big 12: Baylor, Iowa State, and Kansas State plus USF; the Mountain West's BYU (which favors power-conference membership over independence even in our world), Boise State, Air Force, and TCU; and Conference USA's UCF, Houston, Memphis and SMU.

The result is a conference that spans Boise to Orlando and features the metro areas of Tampa/St. Pete, Orlando, Memphis, Dallas/Fort Worth, Houston, Boise, and Salt Lake City.

(Despite having heavyweights like Boise State and TCU and soon-to-be heavyweights like Baylor and UCF, the Big 12 is probably no longer a power conference when the BCS era ends and that status becomes entirely about politics. Does the SEC still partner with this Big 12 for the Sugar Bowl?)

7. The fallout of the fallout. 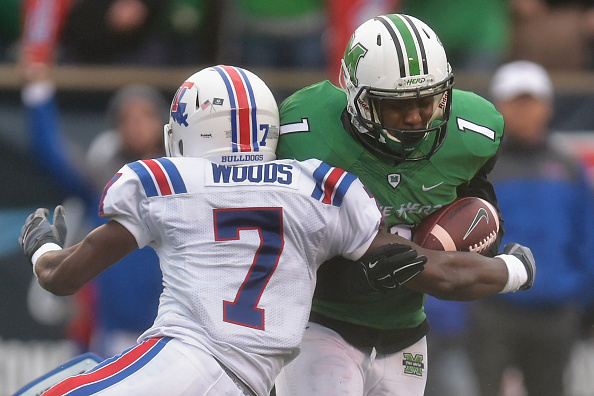 At this point, the biggest change is that the Big East is all the way dead and therefore doesn't raid Conference USA. That makes for a bloated C-USA, meaning it doesn't pursue all of the Sun Belt schools it has ended up with. Charlotte either doesn't make the FBS move or ends up in the SBC.

The five-team MWC and seven-team WAC join forces, spectacular news for Idaho and NMSU, who don't end up with briefly forced independence. New Mexico isn't excited about being a conference mate with the in-state Aggies, but such is life.

Relegation would be so much better and fairer

What if college football teams had to earn the right to play in the best conferences? You know, like soccer. Here's a pair of updates on the concept after the 2014 season.

Here are the resulting conference rosters.

** While all of this shuffling was going on, I inserted legislation mandating geographically sensible divisions.

SB Nation presents: The best of Jim Harbaugh since he took over at Michigan