Ohio State's QB depth chart is super loaded. But is it the best ever? by Matt Brown @MattSBN

In case you hadn't heard, this year's Ohio State team has a unique quarterback situation, with three QBs who each could start at most other schools in the country.

Ohio State isn't the first team to have multiple NFL-caliber options at once, but it is one of few to have three who have all starred under center.

Braxton Miller was a two-time Big Ten Offensive Player of the Year before missing the 2014 season [he's since switched to H-back, which makes the whole offense scarier]. J.T. Barrett filled in, and was so prolific that he finish fifth in the Heisman Trophy voting, even after breaking his ankle. Cardale Jones stepped in and led Ohio State to three postseason wins and a national title.

If either four-star freshman Torrance Gibson or Joey Burrow grows, this could be a totally unreal depth chart.

The Buckeyes aren't the first team to be loaded at quarterback, though. Here's a look at other recent teams that were absolutely stacked, in no particular order. 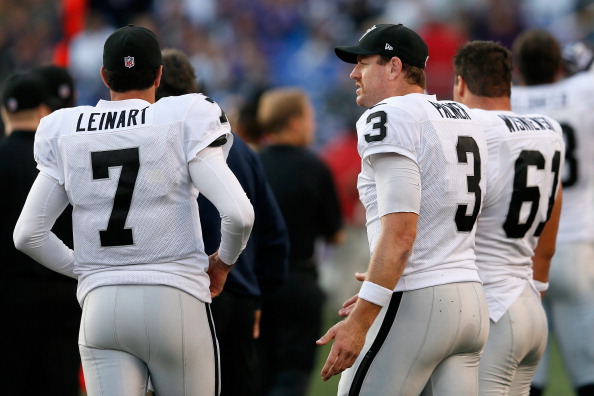 Carson Palmer won the Heisman and piloted the Trojans to a No. 4 final ranking. His two backups, Matt Leinart and Matt Cassel, would also play in the NFL, with Leinart winning the Heisman himself two years later. The Trojans consistently had excellent QB play throughout the 2000s, but this might have been their most loaded group.

It's not often a team can claim two future Super Bowl-winning QBs on the same depth chart, especially a private school in Utah playing in the WAC, but the No. 13 Cougars could. Jim McMahon won the Davey O'Brien quarterback award and finished third in Heisman voting despite missing two games due to injury. Must be nice to have a future Pro Football Hall of Famer in Steve Young to fill in for you. EDIT: This roster also included Robbie Bosco, who would later lead BYU to a national title, and would finish third in Heisman voting.

You know the Tom Brady story already, about how he rose from Michigan backup to Michigan hero to late-round pick to one of the best QBs ever. You probably know about Brian Griese, who piloted Michigan to a national title and had a productive NFL career of his own. But did you know Scott Dreisbach also had a cup of coffee in the NFL?

Repeating is hard. Ohio State has a good chance. OSU QB's did something historically amazing

You could pick almost any Miami team from the 1980s, but 1982 team might be the most interesting. The Hurricanes weren't yet championship-caliber (they finished 7-4), but they had a future Hall of Famer (Jim Kelly), a future Heisman winner (Vinny Testaverde) and redshirted another NFLer (Bernie Kosar).

Despite that, Miami's leading passer for the year? Future Georgia head coach Mark Richt. Counting the position coach, "I was probably the fifth- or sixth-best guy," says Richt. 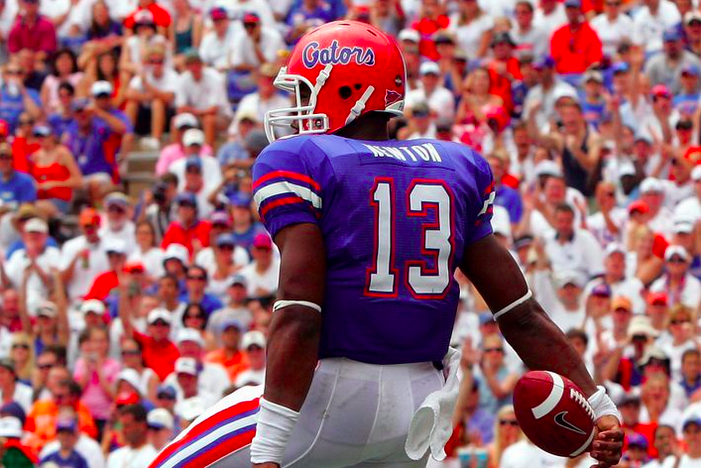 Junior Tim Tebow put up insane numbers, so we didn't have to see too much of his backup, Cam Newton, who would later lead Auburn to a championship of its own. It's pretty crazy that this group combined for two Heismans, three national titles and two first-round draft picks. And hey, John Brantley was on the Ravens for a few weeks!

You can't talk about loaded depth charts without talkin' bout the Noles. Casey Weldon led a No. 4 team and finished second in the Heisman race, behind Desmond Howard. Brad Johnson would go on to a win a Super Bowl and make multiple Pro Bowls, and Charlie Ward, of course, won a Heisman.

In terms of raw statistical firepower, this is hard to beat. Kliff Kingsbury threw for more than 5,000 yards in 2002, only to be passed by B.J Symons tossing 5,833 the next year. Sonny Cumbie and Cody Hodges would also crack 4,000 in a four-year stretch that saw Tech win at least eight games every season and win three bowl games. All four are in the top-10 all-time leaders in Texas Tech passing yardage.

The QB position since Colt McCoy has been a weakness for the Longhorns, but you could do a lot worse than this duo. Vince Young led Texas to an undefeated season and an amazing national championship, and redshirt McCoy would later finish second in Heisman voting and own a slew of Texas passing records. Vince Young's actual backup, Matt Nordgren, would go on to be famous in his own right by dating Lindsay Lohan. 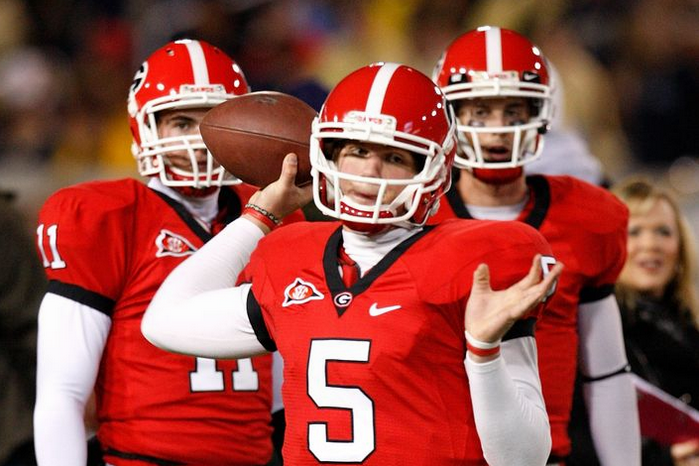 Joe Cox wasn't memorable. His backups, however, were. Aaron Murray would become the all-time leading passer in Georgia history and one of the most prolific SEC QBs ever. Zach Mettenberger could have challenged him for a starting job, but after getting into trouble, he transferred to LSU, where he had a successful career and is now in the NFL.

Andre Ware would win the Heisman the next year and make the College Football Hall of Fame. Third-stringer David Klingler might have been a bust in the NFL, but he did become a first-round pick and light up secondaries. David Dacus was a productive QB, finishing 12th all-time in passing yards for UH.

Future Heisman winner Marcus Mariota redshirted, while Darron Thomas threw 33 touchdowns to lead the Ducks to a Rose Bowl win. Mariota and Thomas are No. 1 and No. 2 all-time for Oregon passing touchdowns, so it's neat they were on the same team for a year. Backup Bryan Bennett would transfer and eventually sign with the Colts.

One of the fun "what ifs?" in football history. Super freshman Troy Aikman led the Sooners to a hot start before a broken ankle in a loss to Miami ended his season. The Sooners switched to a more option-based attack under Jamelle Holieway, who steered a thundering offense to a national title. Aikman then transferred to UCLA. Who knows what the Sooners could have done if they had managed to keep both?