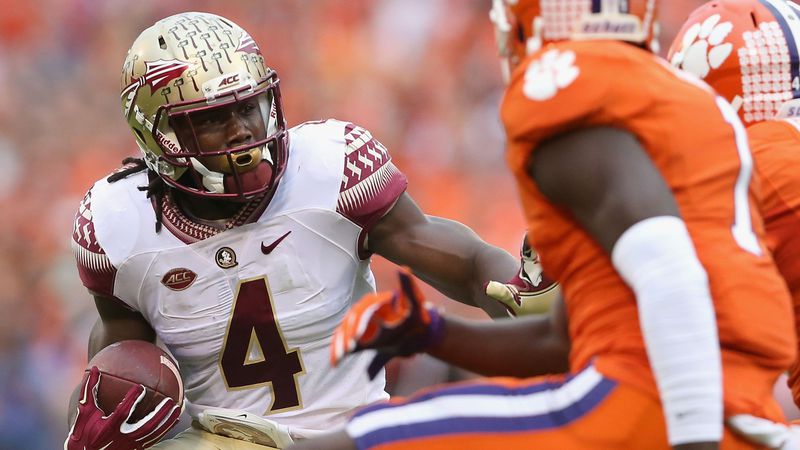 5 things to know about the ACC

Team nobody wants to play: Louisville

Coach who really needs wins: The ACC's pretty stable now, but BC's Steve Addazio spent a mulligan in 2015. A bad 2016 would mean a hot seat.

Don't be surprised if ... The ACC Atlantic, not the SEC West, is the first division to put two in the Playoff. See this argument.

Deshaun Watson might lead the country's best offense, and only Bama has a more proven roster.

Read about what Dalvin Cook and the Noles need for another Playoff push:

Volatile, dangerous, and all sorts of fun. That goes for Louisville and its future star QB.

Pat Narduzzi has Pitt's demons on the ropes, and James Conner's your new favorite player.

UNC football finally lived up to its potential! (Now what?)

Frank Beamer retired, but VT still has a hell of a head coach anyway.

The Yellow Jackets nosedived in 2015. Was it a blip or the beginning of the end?

A brutal schedule for once, a new quarterback, and a crucial year.

Expect drastic improvement and a wild new offense, even if this schedule makes it hard to notice.

The ACC just hired a ton of good coaches. How will Bronco Mendenhall stack up?