If you have ever played fantasy football, it is safe to say you drafted a player that did not turn out the way they anticipated. Every league's Todd Gurley owner is still wondering what happened, and if you invested in Russell Wilson or Cam Newton, it was a tough season. These picks might not have cost you a championship, but they are always frustrating.

Busts can develop for a variety of reasons. It can be a player who just turns out to be not nearly as good as some expected. It can also be a player who deals with injuries. Sometimes busts are predictable, and other times a player's descent into awfulness will catch you completely off guard. We took a look around the league heading into 2017, and projected some players at each position that could very well struggle this season. 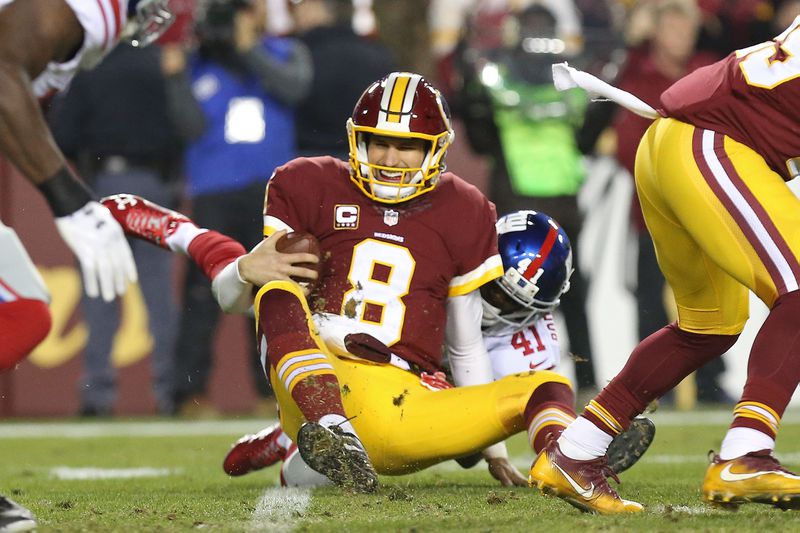 Cousins remains in Washington but his receiving group took a big hit. DeSean Jackson and Pierre Garcon moved on to other teams. Washington may be able to run the ball better but that is also an uncertainty. His elite tight end, Jordan Reed, continues to struggle to remain healthy. Terrelle Pryor and Josh Doctson are still relatively unproven as starting receivers. I like Cousins but think he’ll regress from his 2015-2016 numbers. 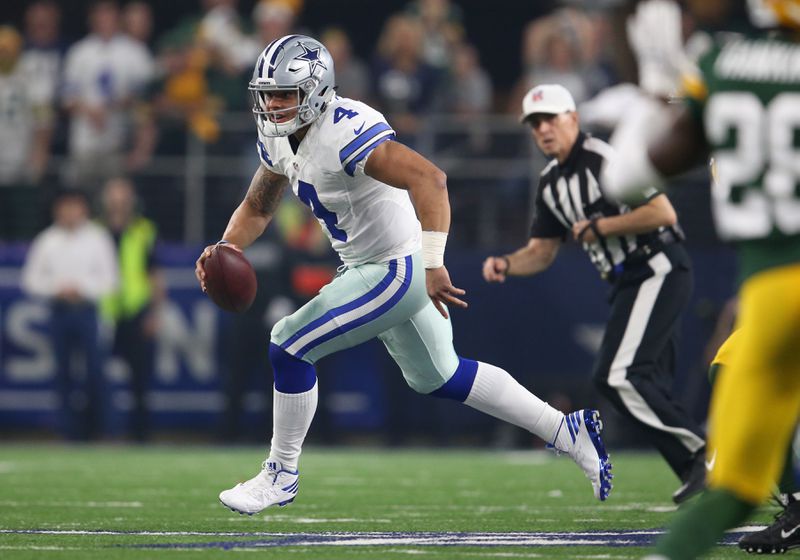 Another NFC East quarterback that shouldn’t be grabbed early is Dak Prescott. His rookie season was phenomenal but often times that results in a disappointing follow up season. The Cowboys running game continues to set the stage for the offense. Even if Ezekiel Elliott misses time with a suspension, Dallas looks set with Darren McFadden and Alfred Morris. Everything seemed to go Prescott’s way and I can’t see that happening in 2017. Expect regression on his passing and rushing numbers with an increase in interceptions. 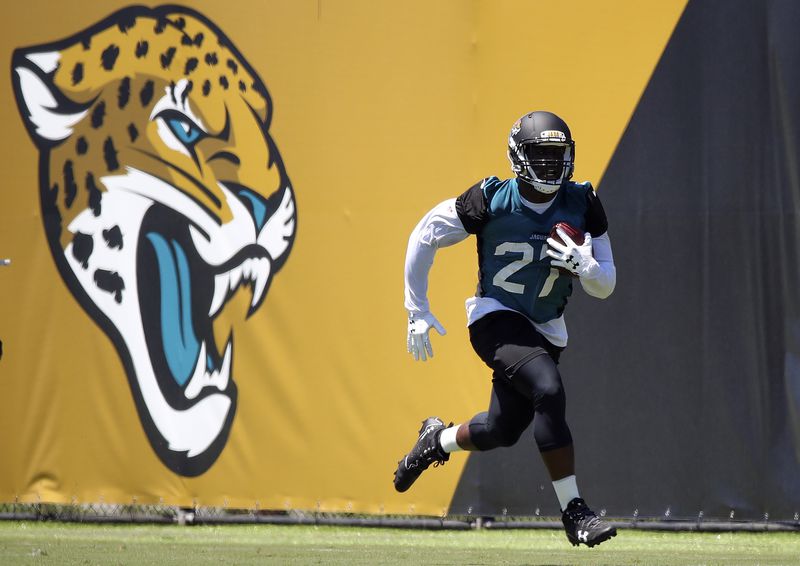 Fournette’s placement on my list has more to do with my lack of trust in the Jaguars than an indictment on his game. The LSU standout continually had me in awe during his three years dominating the SEC for the Tigers. I look forward to watching him in the NFL, but being drafted by Jacksonville isn’t the best situation to be in. The team hasn’t had a winning season since 2007.

Being drafted No. 4 overall puts a target on your back where a certain level of production is expected. He will immediately become one of the highest-paid running backs in the league despite not playing a snap in the NFL. Fournette has all the talent in the world to live up to the hype. It is up to the Jaguars and Doug Marrone to put him in positions to succeed and not run him right up the middle every play. Jacksonville’s inconsistency at quarterback and offensive line makes me hesitant to target Fournette in early rounds. 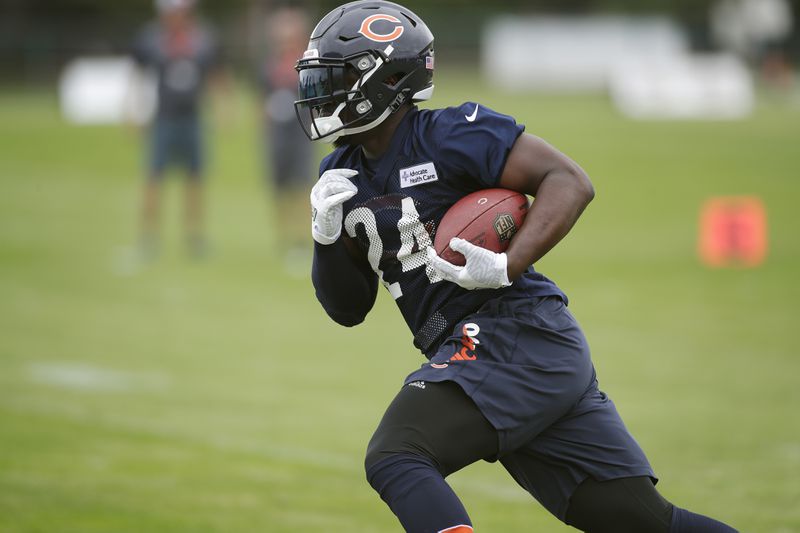 Howard became the focal point of the Bears offense last season after taking the starting running back job from Jeremy Langford. The former Hoosier ran for over 1,300 yards in his rookie campaign with Chicago behind an above average offensive line. He will look to duplicate those numbers in 2017, but I think he will have a hard time doing so.

Howard will enter the season as the No. 1 back, but last year’s opening day starter Langford will be back at 100 percent and his pass-catching ability will likely earn him some third-down touches. Teams will be keying on the Bears running game because that will put more pressure on their two new quarterbacks to make tough decisions. Howard will see a large volume of touches, but I think he will be less effective due to the amount of game planning teams will be doing for him. I would not draft him with a first-round pick. 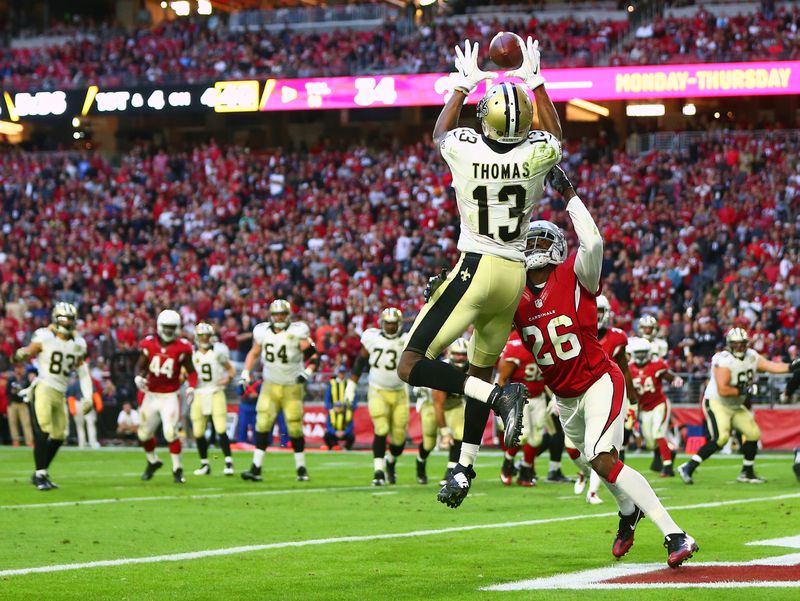 I’ll start this off by saying that I think Thomas will have a nice season in 2017. Again, this is more of a won’t-live-up-to-ADP pick and not a this-guy-is-going-to-be-garbage pick. Thomas’ current ADP is 16th (2.04 in a 12-team standard draft) according to Fantasy Football Calculator. That’s just behind Jordy Nelson and ahead of T.Y. Hilton, Dez Bryant and Doug Baldwin to name a few.

With Brandin Cooks now in New England, Thomas becomes the focal point of Brees’ group of passing targets that includes Ted Ginn and Willie Snead. Cooks and Thomas had eerily similar seasons in 2016 — Cooks finished with 78 receptions on 117 targets for 1,173 yards and eight touchdowns while Thomas hauled in 92 of 121 targets for 1,137 yards and nine scores. Certainly Cooks’ departure means Thomas’ production from his rookie season can go up, right?

To quote Lee Corso, "not so fast, my friend!"

During the Sean Payton/Drew Brees era, the Saints’ No. 1 WR averages 119.5 targets per year. Only one wideout (Marques Colston, 143 targets in 2007) has seen more than 131 targets. Only three times in Brees’ 11 years as a Saint has his target leader reached the 140-target mark. His volume, in all likelihood, won’t grow as much as you think.Brees has always run a well-spread-out offense, and I just think Thomas’ ceiling was shown last year, as crazy as that may sound. High floor? Certainly. But if I’m drafting him, it’s as a WR2. And if I’m taking a WR in the second round as opposed to the first, I expect him to be a WR1. 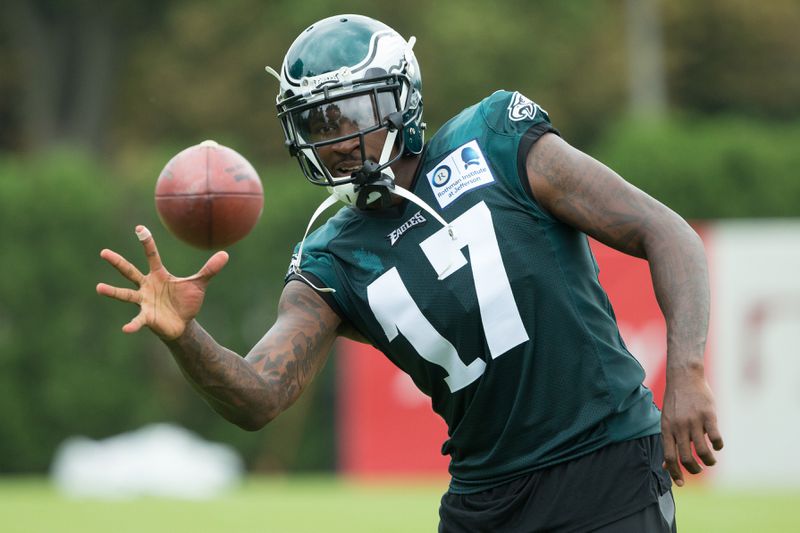 Jeffery is being taken 35th overall (third round, 11th pick). Let me rephrase that: A wide receiver who has played only 21 games over the last two seasons and just joined a new offense with a young quarterback has an ADP of 35.

The talent is undeniable, but the injuries are enough to turn me away that early in the draft. And let’s not forget: The Eagles sport one of the league’s best offensive lines and have a shiny new running back in LeGarrette Blount that they’ll be putting to good use. 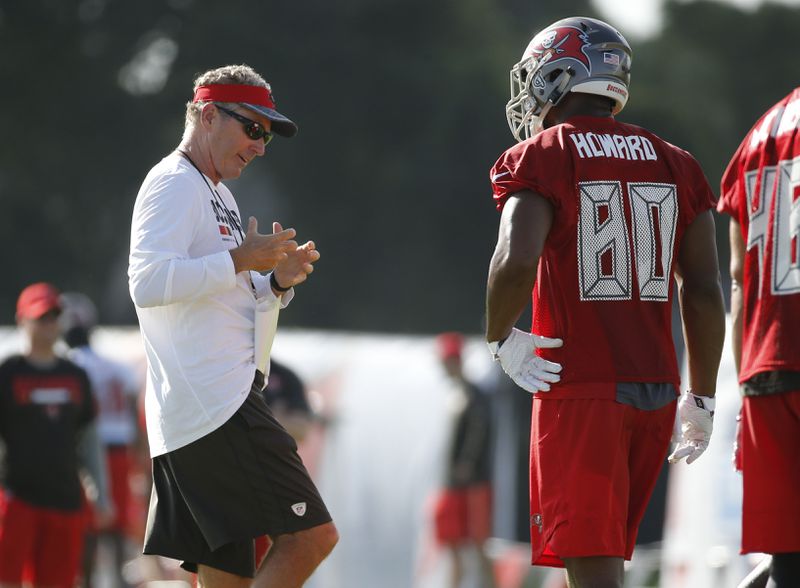 The last rookie tight end to catch more than 50 passes was Tim Wright in 2013. Coincidentally, he also played for the Buccaneers. Wright finished as the TE13 in PPR and standard leagues with 54 receptions and five touchdowns. If everything goes right for Howard, that’s probably close to the best positional finish we could expect in 2017.

Rookie tight ends do not turn into fantasy gold overnight. Howard was an outstanding prospect, and most fantasy analysts expect him to be a major asset eventually, but we go through the same routine every season. Owners become infatuated with rookies who can’t produce at the level they’re being drafted.

Howard is currently the No. 11 tight end coming off the board in standard drafts. If there was a clear path to him starting for the Buccaneers, his upside would be greater. But Cameron Brate remains a hindrance for Howard’s value. Owners can grab Zach Ertz, Jack Doyle or Eric Ebron later instead of reaching for Howard in redraft leagues. 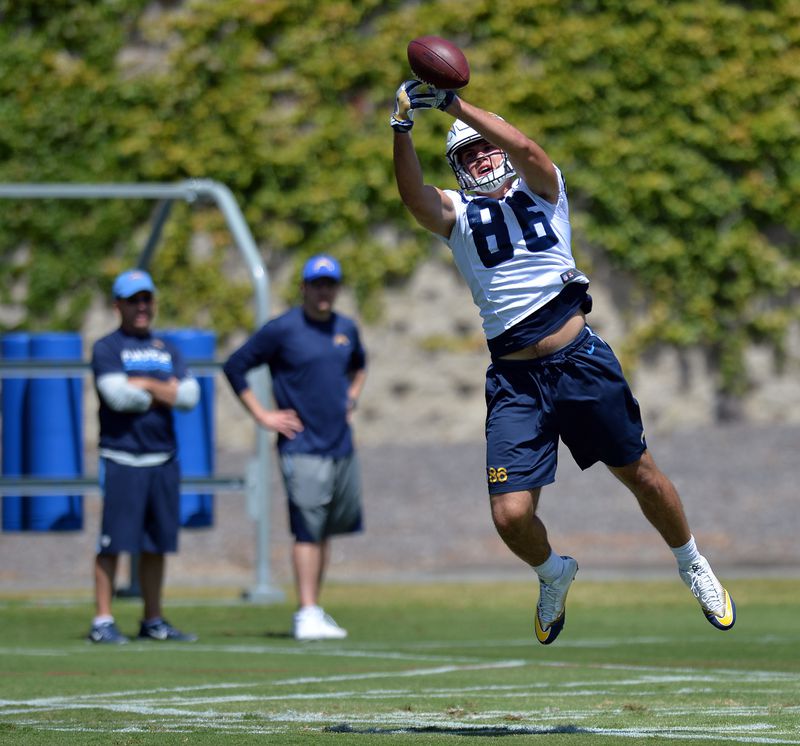 Henry caught the third-most touchdowns (8) for a rookie tight end in the post-merger era. He finished as the TE18 in PPR and TE11 in standard scoring. Though the previous section is about how rookie tight ends do not pay off in fantasy, Henry was one of the few exceptions to that rule, at least in standard leagues.

But the expectations are even loftier for 2017. Henry’s draft stock continues to rise, and he’s now in the top 10 among his position. He has tremendous upside, and appears in our list of potential second-year breakout candidates, but one significant obstacle stands in his way: Antonio Gates. Yes, he’s still playing. At 37, Gates is completely off draft boards. Even though Henry ate into his workload a bit last season, Gates still finished as the TE10 in standard leagues. Owners are treating him as if he’s already retired, but the Chargers likely won't act that way out of the "gates." Gates saw 19.35 percent of his targets in the red zone, while Henry saw a whopping 30.19 percent in this range. Philip Rivers will continue to target these two near the end zone. If Henry were flying solo, his draft position would be much more justified.

Plus, Keenan Allen is back, Mike Williams will probably get on the field at some point, and Branden Oliver should be in the mix for targets as well. The Chargers face a tough schedule, especially early in the year. Henry might be dominant next year, but with Gates lingering I’m not ready to go all-in.