If you have ever played fantasy football, it is safe to say you drafted a player that did not turn out the way they anticipated. Doug Martin could not get anything going after his suspension, and while Drew Brees was solid, it was a sizable step down for the consistently great fantasy performer. Meanwhile, injuries turned Aaron Rodgers and Andrew Luck into fantasy busts.

Busts can develop for a variety of reasons. It can be a player who just turns out to be not nearly as good as some expected. It can also be a player who deals with injuries. Sometimes busts are predictable, and other times a player’s descent into awfulness will catch you completely off guard. We took a look around the league heading into 2018, and projected some players at each position that could very well struggle this season. 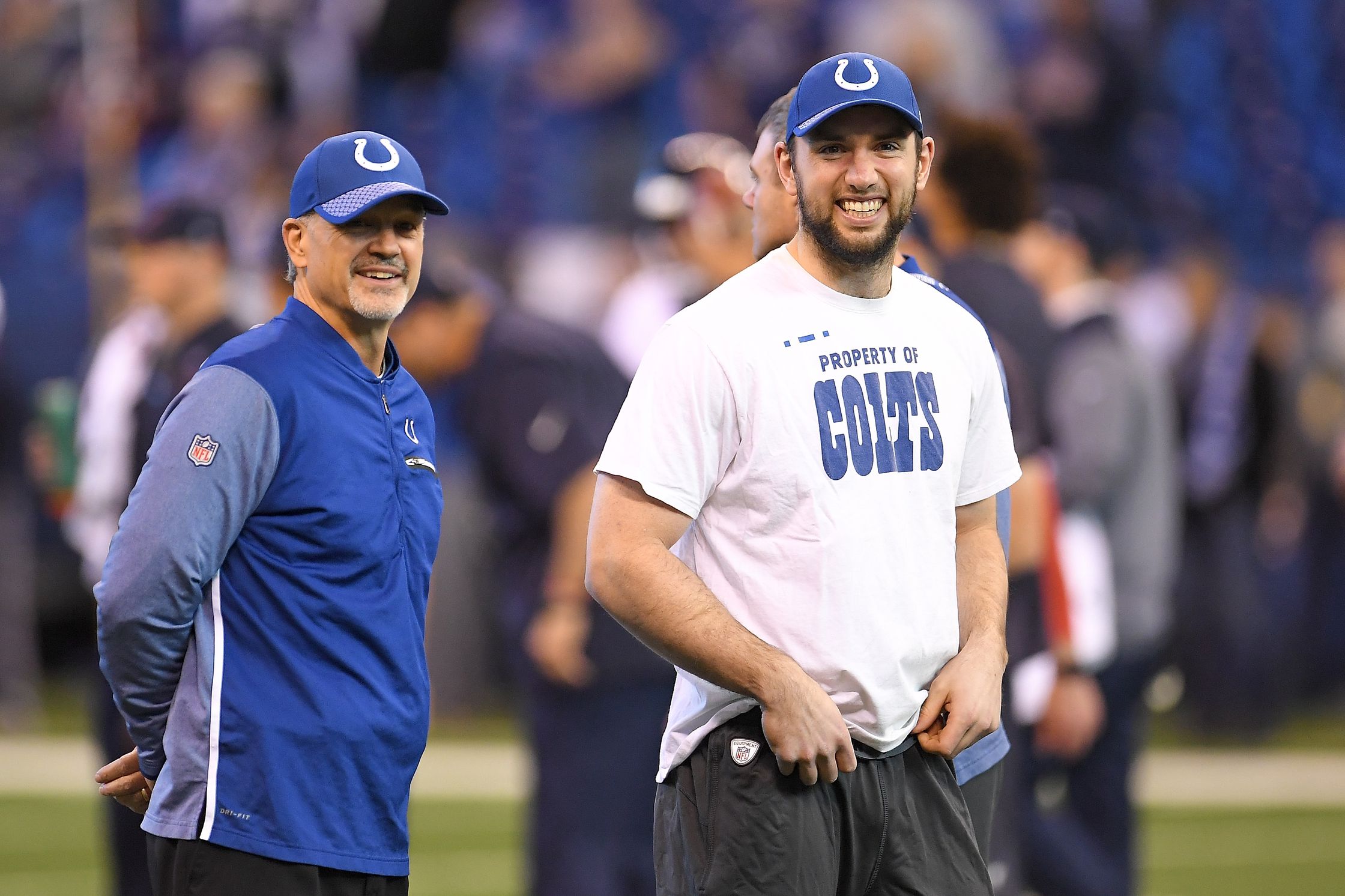 Luck remains a mystery heading into the 2018 season. He missed the entire 2017 season and was severely limited in his work during minicamp. The team is also bringing in a new offense with the complete makeover of the coaching staff.

Luck says the pain is gone in his surgically-repaired shoulder. That’s news we’ve been waiting awhile for, but what if he receives a monster hit on that shoulder? How much risk of re-injuring that shoulder is there? Can the offensive line protect him for a full 16 games?

There are too many red flags for me to make him my starter in 2018. Luck should not be drafted based on his past numbers because we have no idea if he’s the same quarterback. He appears to be on the right track but he’s not worth the headache. 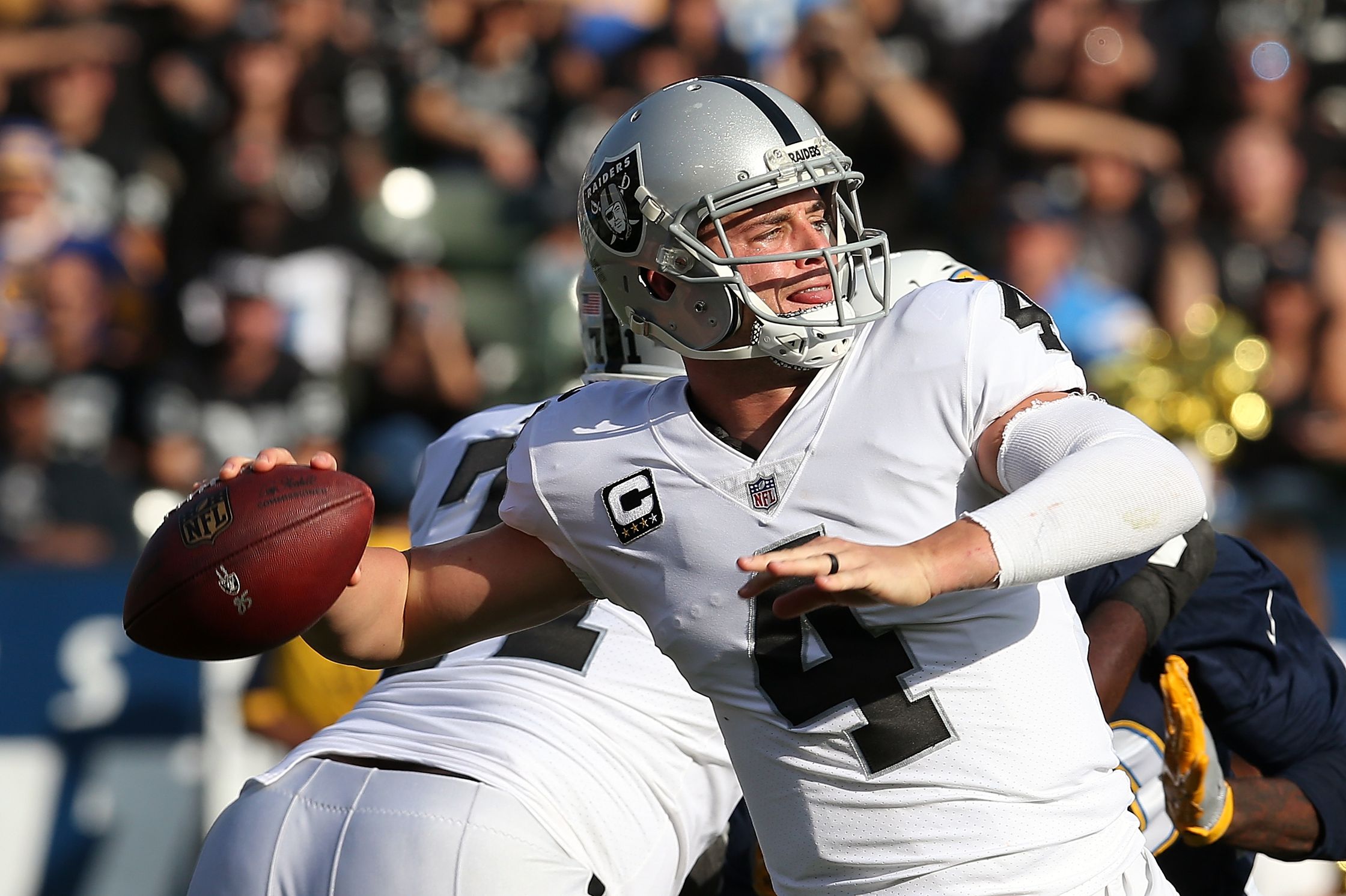 Carr disappointed in 2017 and part of the reason was his back injury in Week 4. He was expected to miss multiple games but ended up missing only one. He appeared to hit his stride mid-season with three games averaging 343 passing yards.

Carr’s touchdown passes have now decreased for three straight seasons. The Raiders brought in Jon Gruden and Greg Olson to fix the offense. Gruden is obviously very hands on with the quarterback position. Will he be able to adjust to the game after nine years in the broadcast booth?

Jordy Nelson and Martavis Bryant were added to replace Michael Crabtree. Doug Martin was added to the backfield. Does Nelson have anything left in the tank or is he washed up? Will Bryant stay out of trouble or is there a pending suspension? If this was 2014, the lineup would be dynamite with those three and Marshawn Lynch. The offensive philosophy is a question mark and that leaves me passing on Carr. I would not draft him this season because of all the question marks. 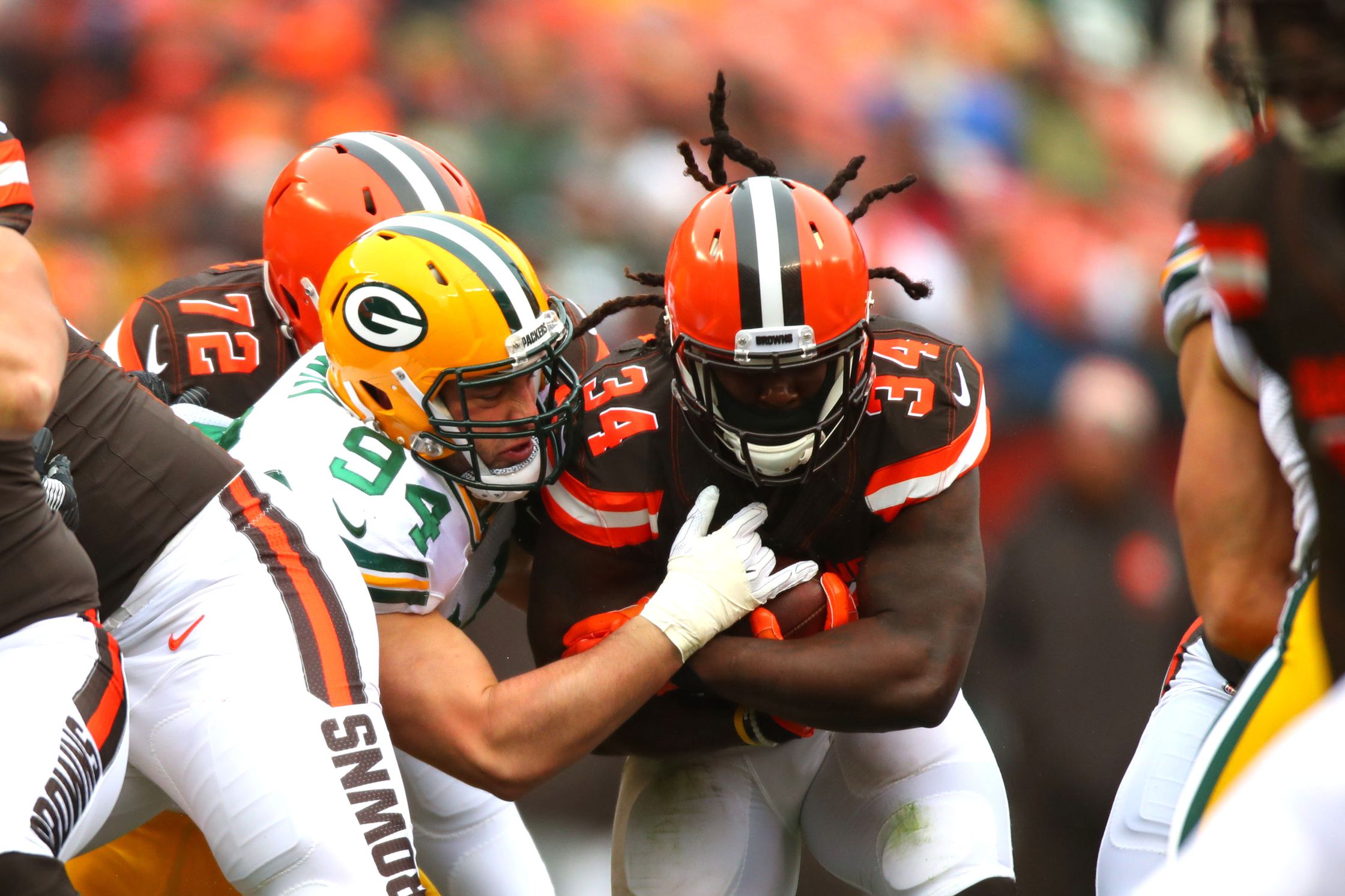 Crowell departed the Cleveland Browns this offseason only to land in a similar situation with the New York Jets. His talent is there. He was steady with a four YPC average in 2017, but his scores dropped dramatically from seven rushing touchdowns in 2016 to two last season. Crowell’s stock weighs heavily on his ability to reach the end zone.

Similar to Cleveland, the Jets have a poor offensive line and a worse receiving corps. Crowell is competing with Bilal Powell for the starting role, a year after Powell had a slim edge over Matt Forte. Crowell’s uniform changed, but his situation did not nearly enough. His mid-round ADP is not worth it. 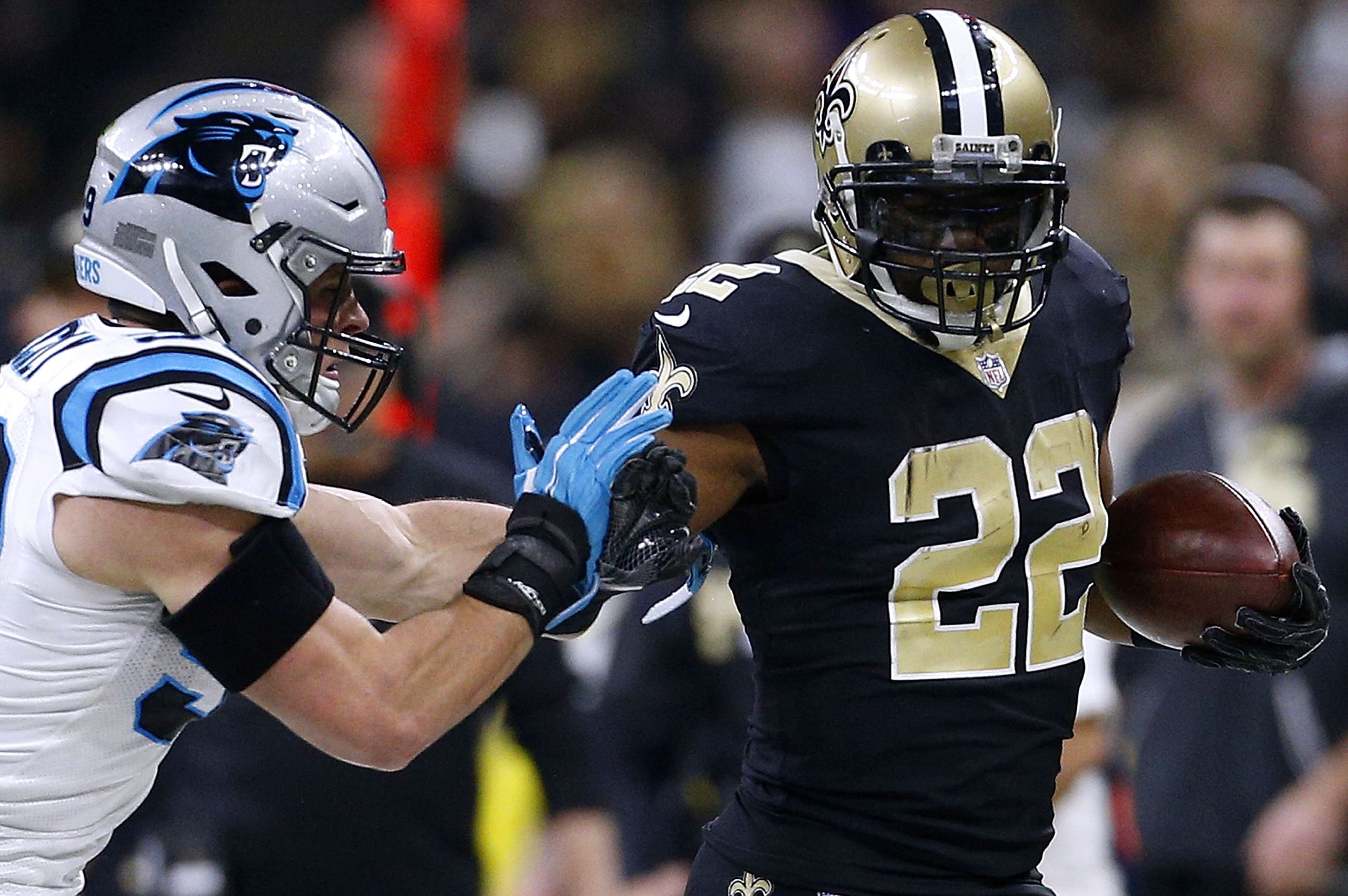 Ingram is having a rocky start to his 2018 season. He is suspended for the first four games of the season for violating the NFL’s performance-enhancing drug policy. He is also unhappy with his contract with the Saints as he heads into the final year of his current deal. Ingram has a lot to deal with heading into the fantasy draft.

Ingram had a career-high rushing season in 2017. He rushed 230 times for 1,124 yards and 12 touchdowns while sharing time with rookie sensation, Alvin Kamara. If Kamara can build on his rookie season, he is likely to to steal Ingram’s starting position. The season is not starting off in the right direction for Ingram. Owners should avoid this mess and skip over Ingram too early. 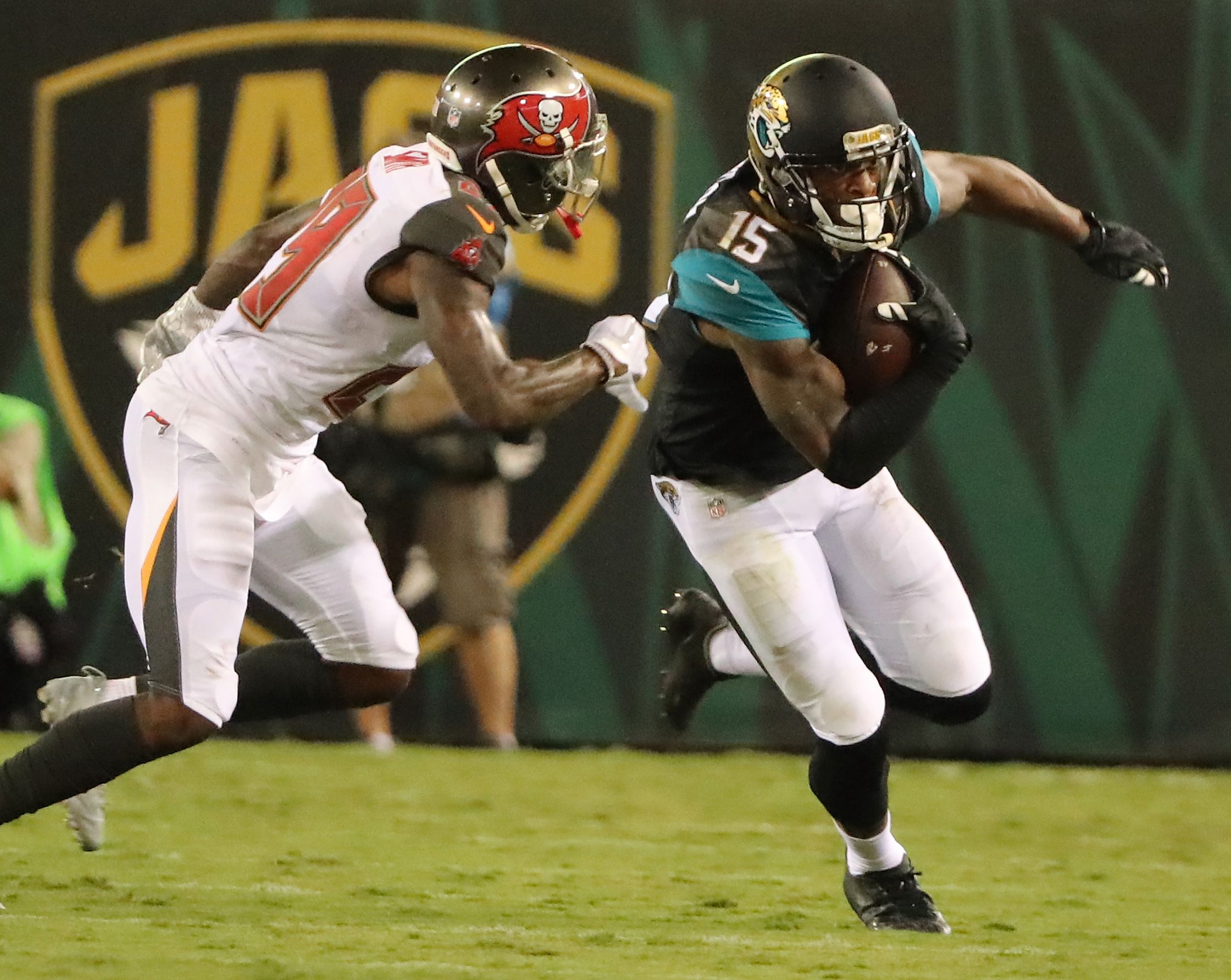 It’s been a rough two years for Robinson. Following his terrific 2015 season (80 receptions, 14 touchdowns) he turned in a respectable, if underwhelming, effort in 2016 (74 receptions, 6 touchdowns). He caught all his targets in 2017, but that one catch resulted in a season ending knee injury

The wide receiver scene in Jacksonville got crowded quick and Robinson is now a Chicago Bear. This is where I get worried about his 2018 outlook. There are positives to point out: new head coach, Matt Nagy, helped to breathe life into the Kansas City offense last season after taking over play calling duties from Andy Reid. His hype train has been chugging along all offseason and many think he is the one that will maximize Mitch Trubisky’s skills.

There are also a lot of hurdles standing between Robinson and top-20 stats (he is currently being drafted as WR20). First, there is the injury. It is difficult to predict how quickly an athlete will recover from an ACL injury and Robinson will have to test his healed knee while adjusting to a new team. In Trubisky’s rookie season, he showed an inclination to target receivers in the middle of the field. Robinson’s game is more about grabbing deeper passes in jump ball situations and newcomers Trey Burton and Anthony Miller figure to work the intermediate parts of the field far more often.

With the perfect conditions, Allen Robinson is a top-10 talent, but this year there are so many variables and questions surrounding the former Jaguar that I doubt he lands on any of my rosters. 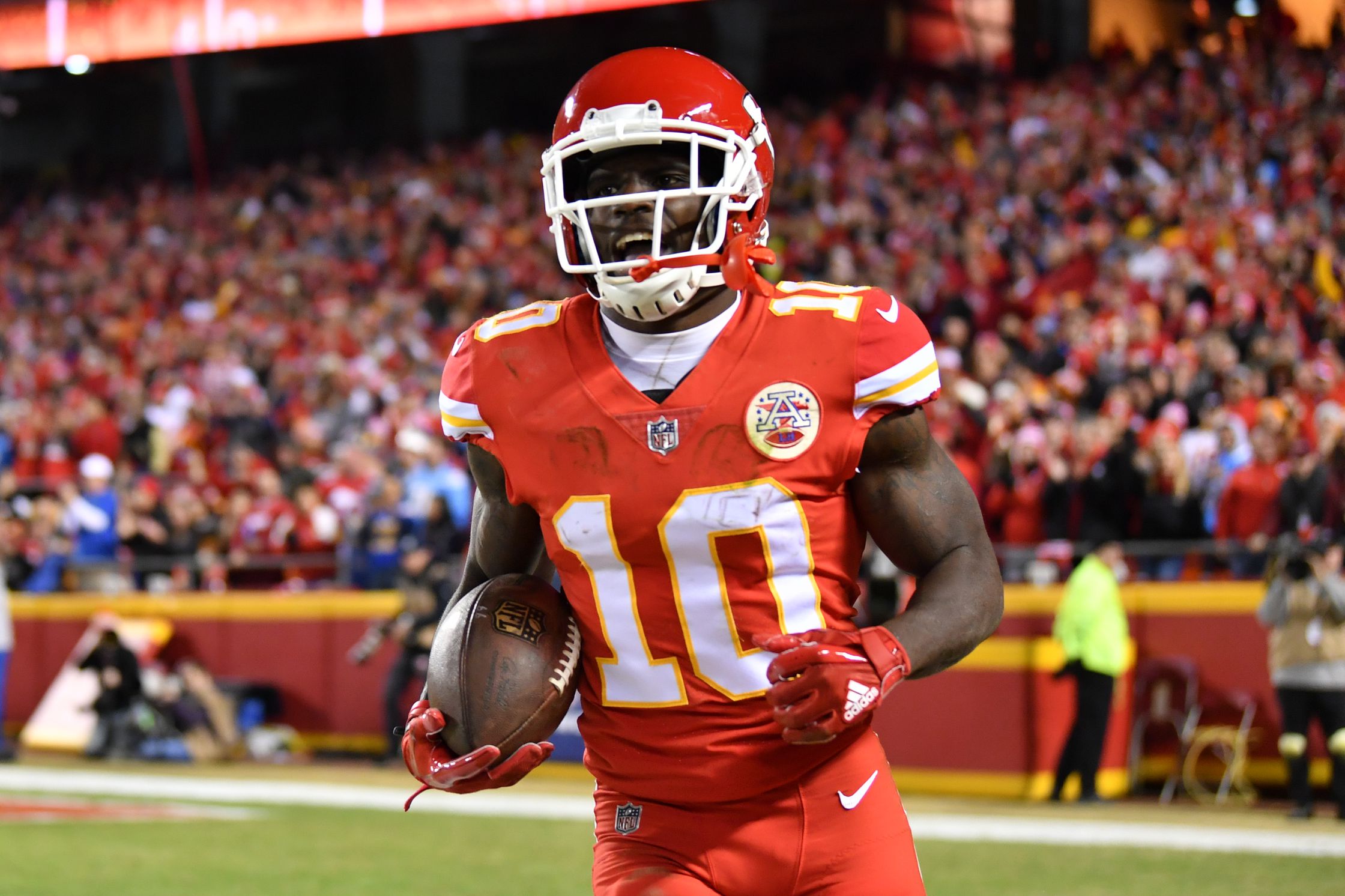 The quick math on Hill looks good. He finished in the top five at his position in a 2017 season filled with big plays. Early drafters must imagine similar production ahead for Hill as he is currently going in the early to middle of the third round just outside of WR1 range. Hill is a special player and he is only appearing on this list given his situation. Alex Smith will now take his bizarre career to Washington and Patrick Mahomes is the new kid in Kansas City. Mahomes’ skill set is a great match for Hill, but he is still a second-year quarterback on a team that just lost their offensive coordinator to Chicago. Growing pains should be expected.

All of Hill’s receiving touchdowns have come from outside the 30-yard line. This is interesting when you consider he won’t be the only burner in town this year with the addition of Sammy Watkins. The former Bill and Ram didn’t show well last season after arriving to Los Angeles late, but he can also hurt teams deep down the field and served as an excellent decoy with the Rams.

To Hill’s credit, KC could find themselves airing out the ball more this year if the defense doesn’t improve and Andy Reid could figure out more ways to utilize Hill’s unique talents, but it is more likely that he continues to be a boom or bust player and his efficiency is very likely to decrease if he has fewer targets or if the QB play suffers. 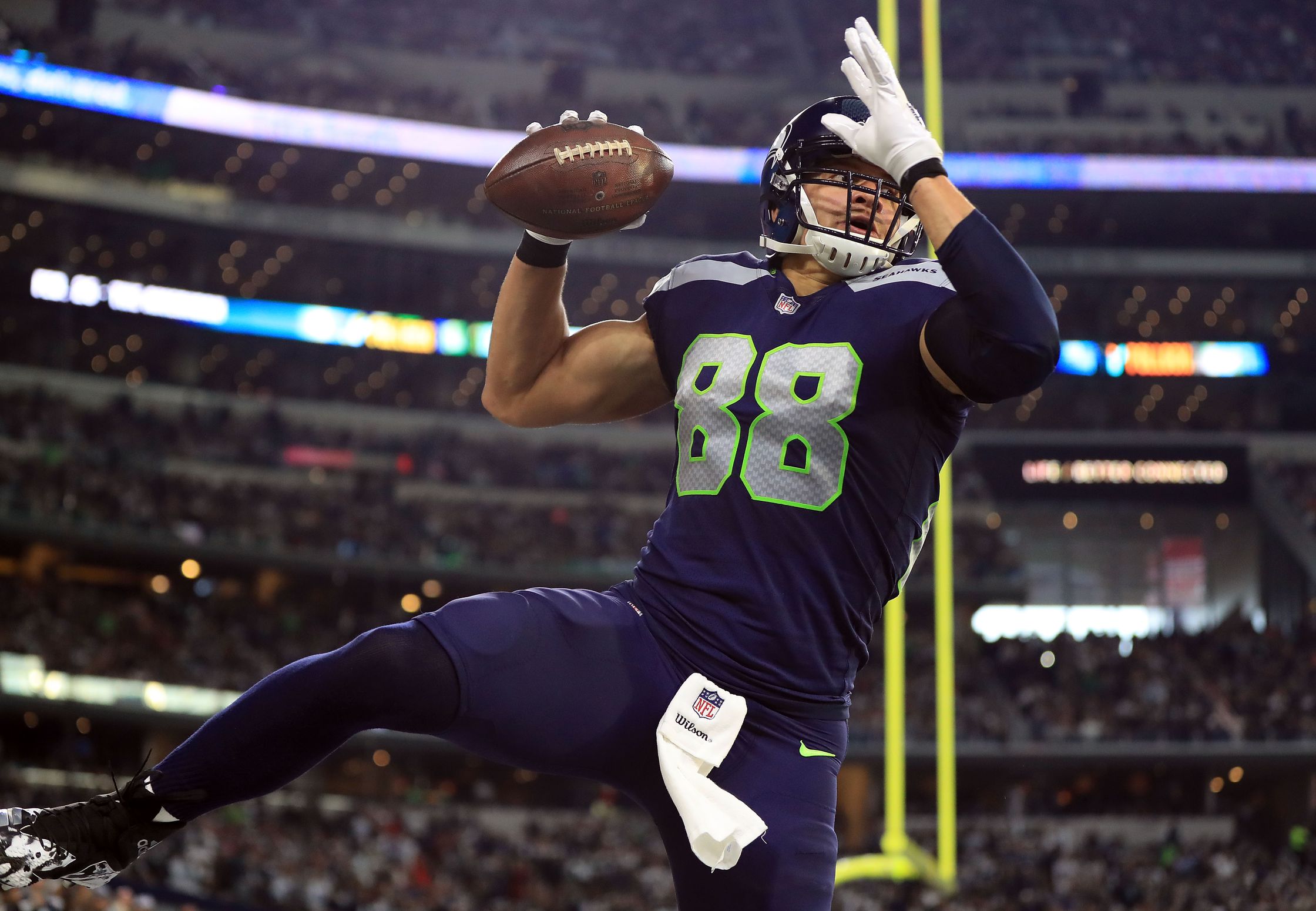 I know, I know, “10 touchdowns with Russell Wilson, imagine what he can do with Aaron Rodgers!” The story just isn’t that simple this season for one of the best tight ends to ever do it.

Graham isn’t the same player we remember from New Orleans. It seems the injuries have taken their toll on his ability to separate and the speed that allowed him to destroy defenses down the seam is gone. People are going to see his 10 touchdowns from last year and get excited, but that is pretty much all he did in Seattle; come in on passing downs and red zone opportunities as a big body. Green Bay’s offense is loaded with weapons so he probably won’t see another 36 percent target share in 2018. To maintain his top-five status, Graham is going to have to find a way to get it done between the 20s. There were 16 other tight ends that finished with more yards than Jimmy in 2017; so it doesn’t look like he’s going to make up for a drop off in touchdowns with receptions or yardage. A tight end that only gets 500 yards with five to six touchdowns isn’t one you want to chase in drafts.

If acquiring a tight end with high TD upside is your strategy. Cheaper options include Kyle Rudolph who is currently going three rounds later or the ancient Antonio Gates (should he sign with the Chargers). 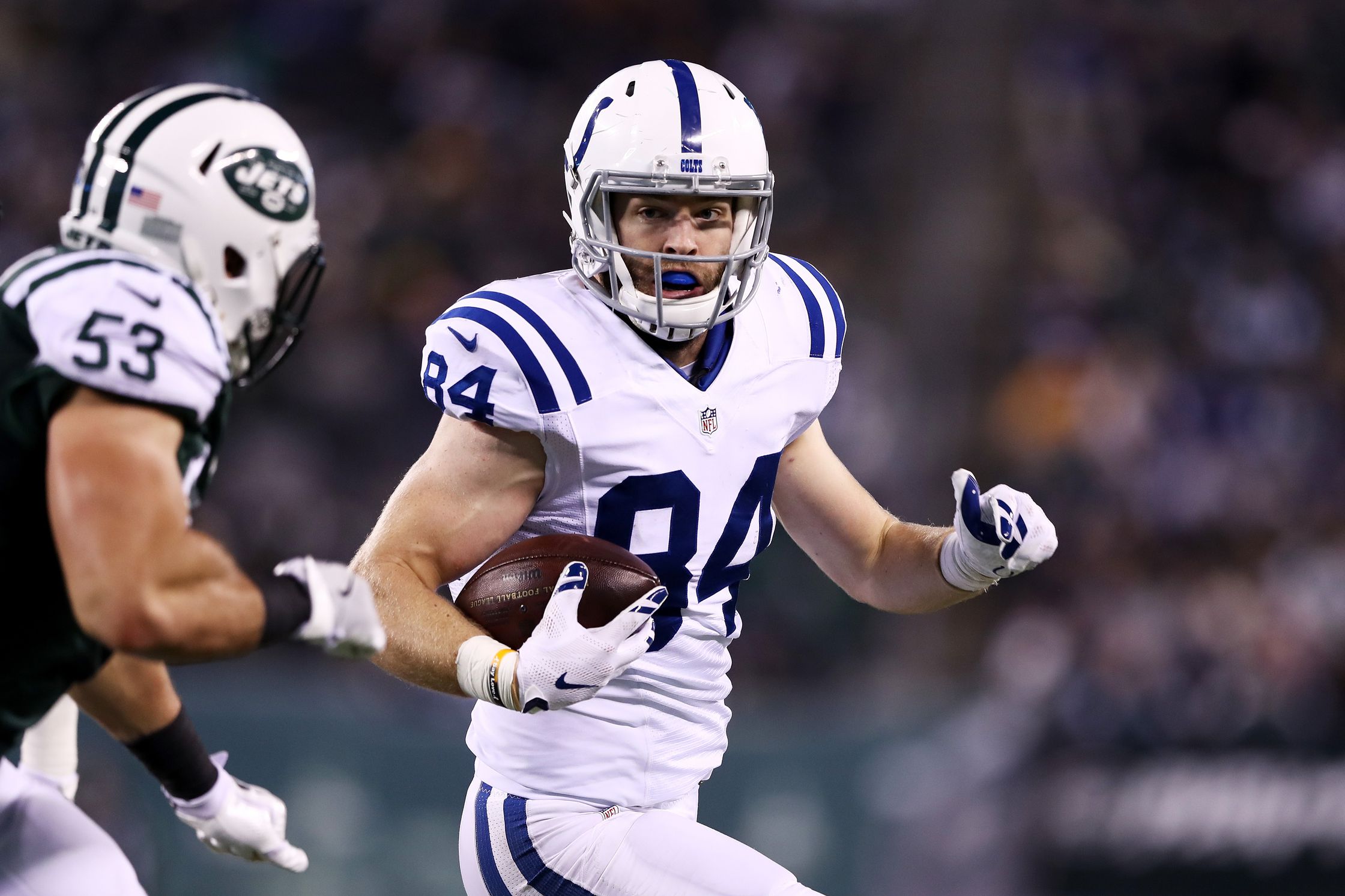 It hurts my soul to write a negative word about Jack “MF” Doyle. It’s hard not to like how he plays the game, especially when he is running after the catch. His mini breakout last season was a joy to watch, but like many players that fall on a bust list, his situation is very murky.

First, there’s the obvious bugaboo, Andrew Luck. Will he be back? How well will he play? Does he last the season? To cloud the waters further, Indy added Eric Ebron, who appeared in my sleeper column last season — sorry about that. Ebron has his flaws, but he is a better athlete than Doyle and is at the very least a threat to Doyle’s opportunity share. That’s far too many red flags for a middle-of-the-pack tight end.