In fantasy football, owners hope for the best and prepare for the worst. Usually that means drafting a cast of running backs from various teams. However, sometimes the best fantasy No. 2 rusher is on the same team as the starter. Picking up a handcuff in your fantasy draft could prove to be a smart strategy. Here is a look at the top five running back handcuff options. Click below to view all 32 running back starters and handcuffs for 2018. 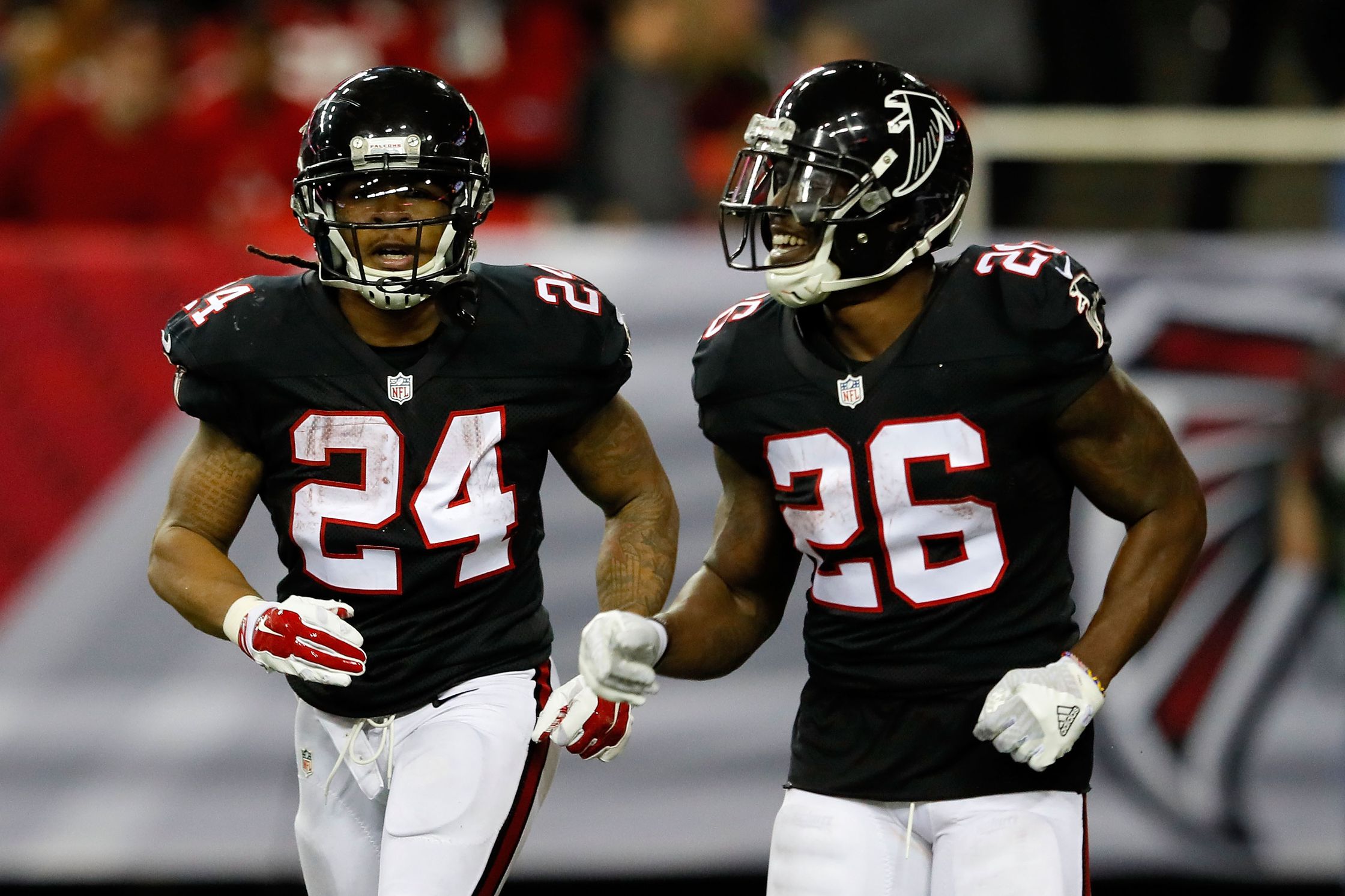 The Falcons have a great set of fantasy rushers in their backfield. Freeman is the workhorse. He is not prone to injury, but he is also not invincible. Coleman is constantly lobbying for more playing time and he can pick up the load if Freeman goes down. This is easily one of the hottest handcuff pairings in the league, and you’ll get quality performances from both running backs. 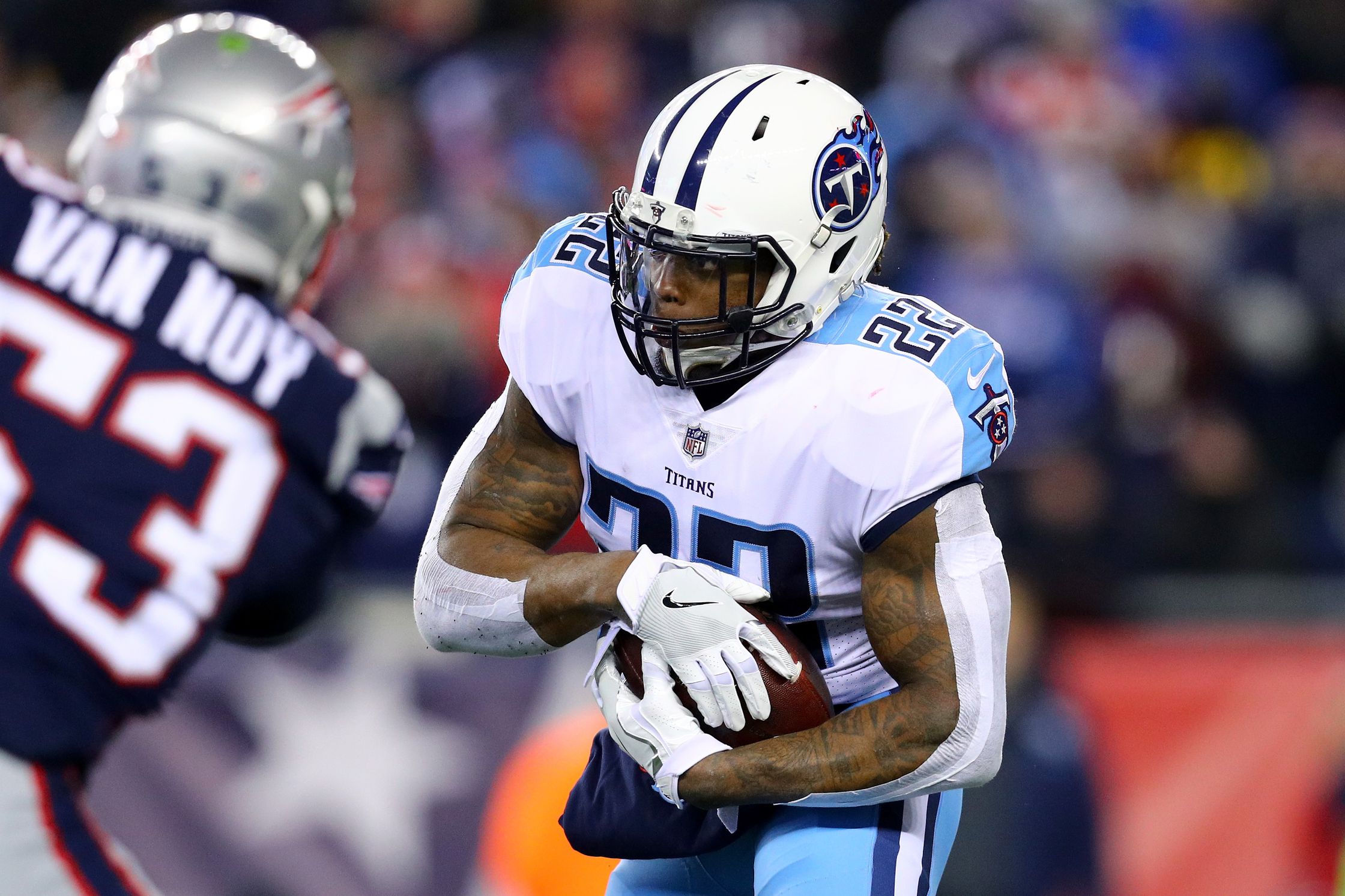 Henry was a solid RB1 before the Titans brought over Lewis from the New England Patriots. Now, he could find himself competing for the starting role. Lewis performed well as a starter in New England, and is likely to get plenty of work complementing Henry. Regardless of who is starting, both backs will touch the ball a lot this season. Lewis is a strong handcuff to consider. 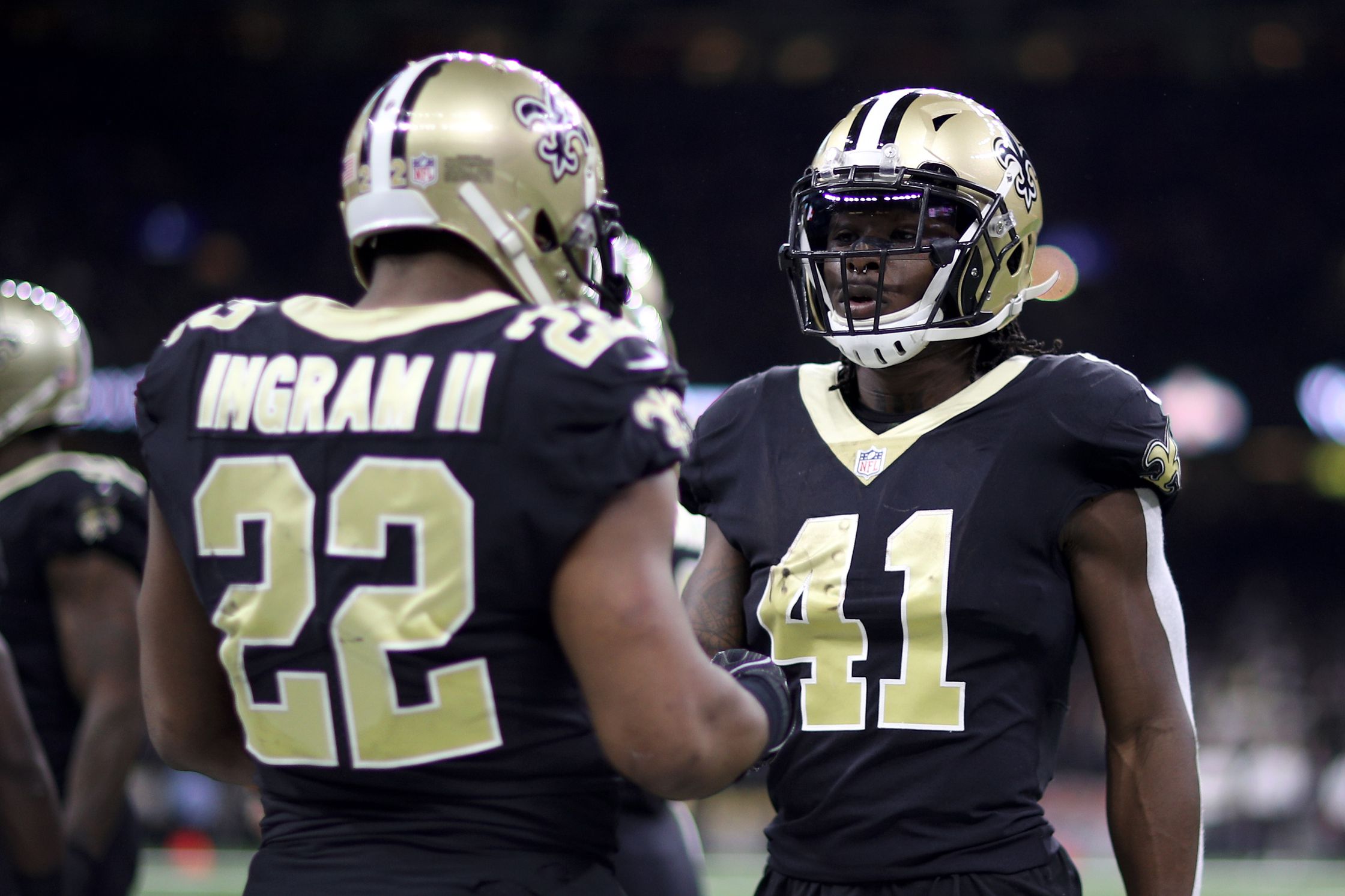 Kamara and Ingram were one of the best rushing tandems in the NFL last season. Kamara gets the starting nod to start this season due in part to Ingram’s four-game suspension for violating the league’s performance-enhancing drug policy. When Ingram returns, Kamara will likely continue with his growing role, but the Saints will have to decide where Ingram fits in. Owners will be lucky if they can get both guys during their fantasy draft. 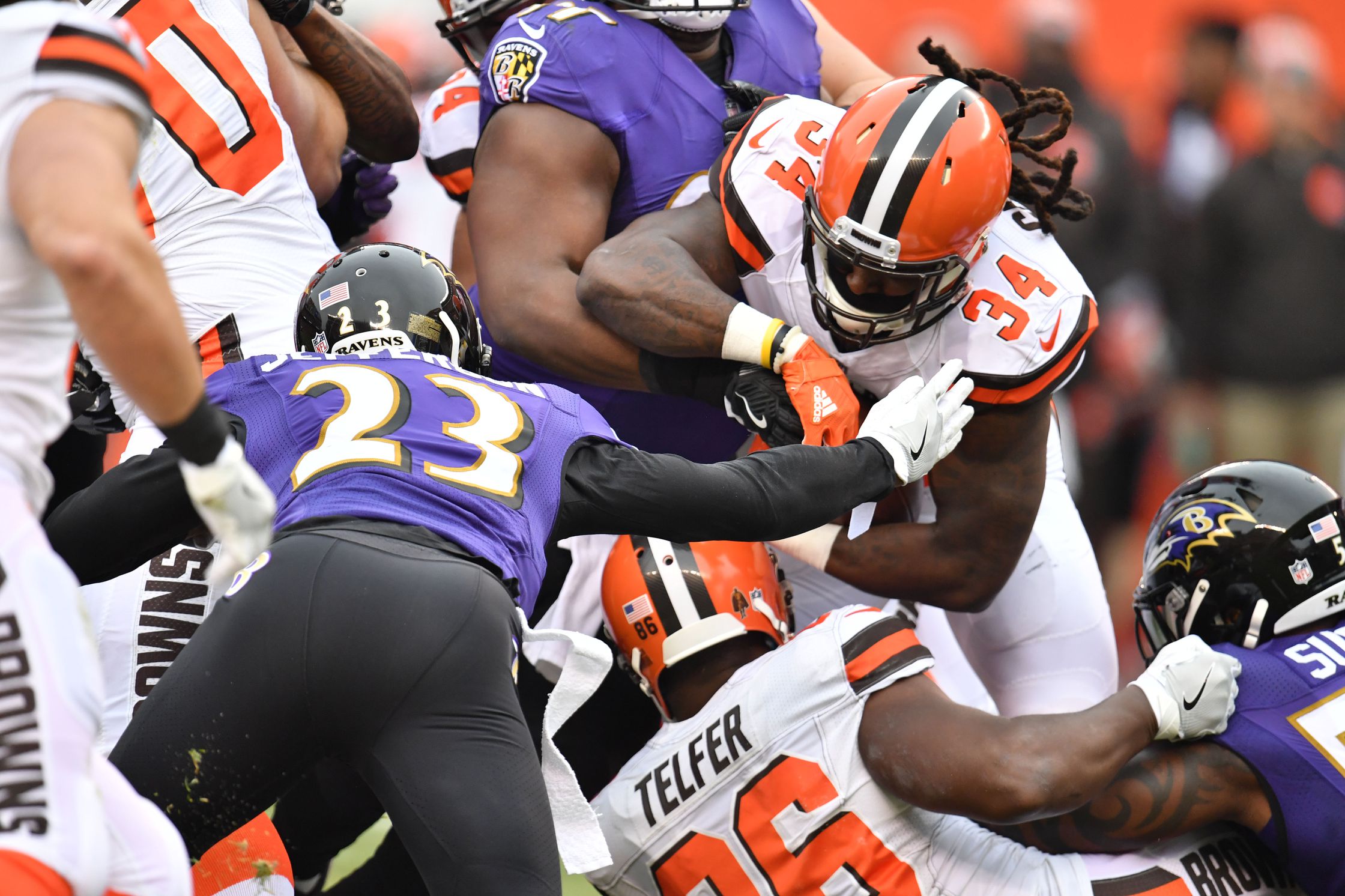 The Jets brought in Crowell to replace Matt Forte, and take over their lead back. He has been a starter in the past, but we are likely to see a rotation of sorts for the Jets. Powell and Elijah McGuire are better pass catchers, which means Crowell might be a two-down back. It’s not a pretty situation, and we suspect Crowell and Powell both have games leading the team in touches. McGuire is the wild card, but for now, Crowell and Powell are a toss-up pair. We’d avoid their backfield entirely. 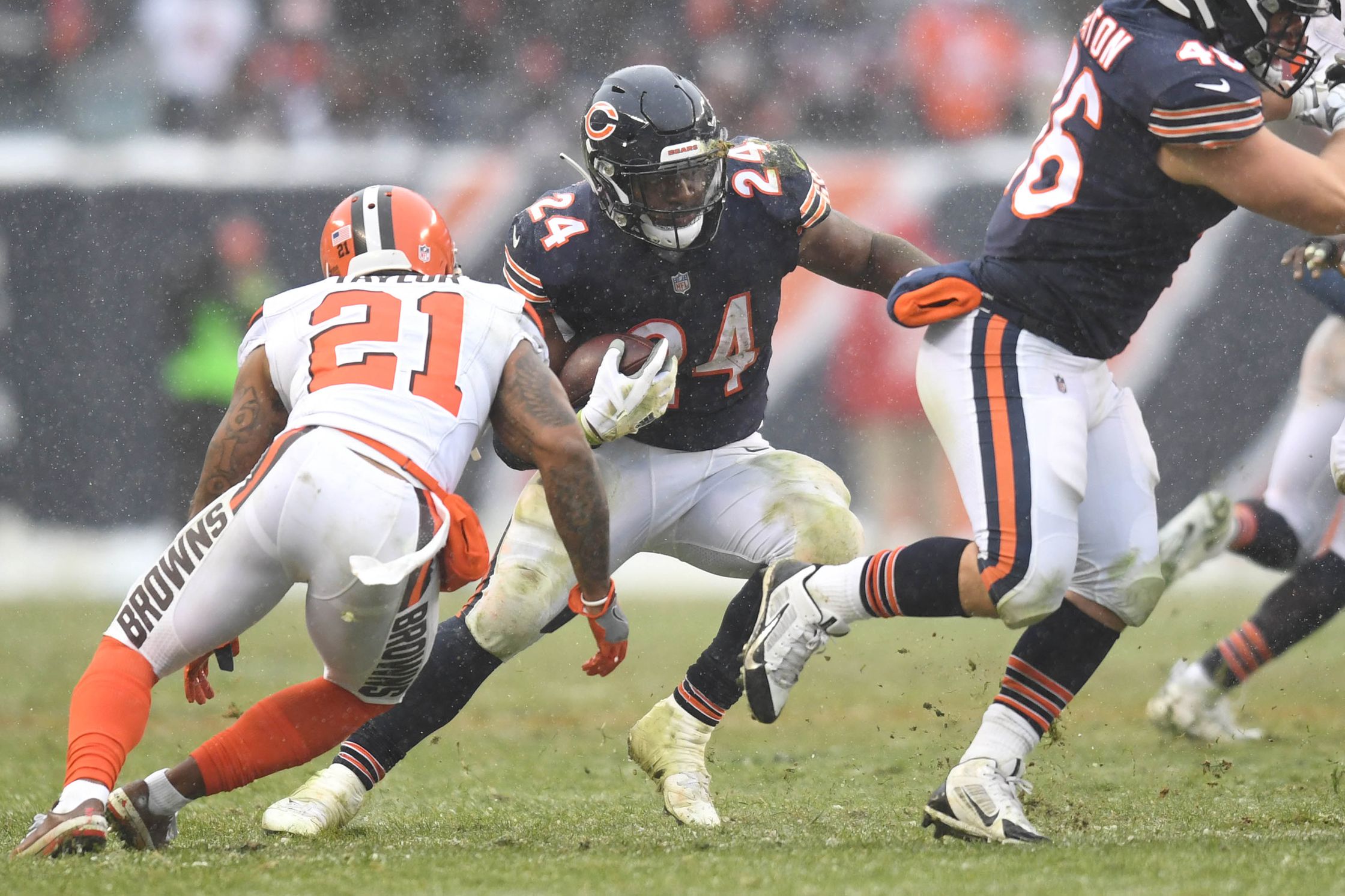 This pairing will be a good one to watch now that Matt Nagy is the head coach in Chicago. Howard is the clear No. 1, while Cohen is a wild card who can used in a variety of ways. He should have more touches this season, and can fill-in for Howard on occasion. However, be wary of Cohen as a starter for a long period of time.

LINK TO ALL RB HANDCUFFS