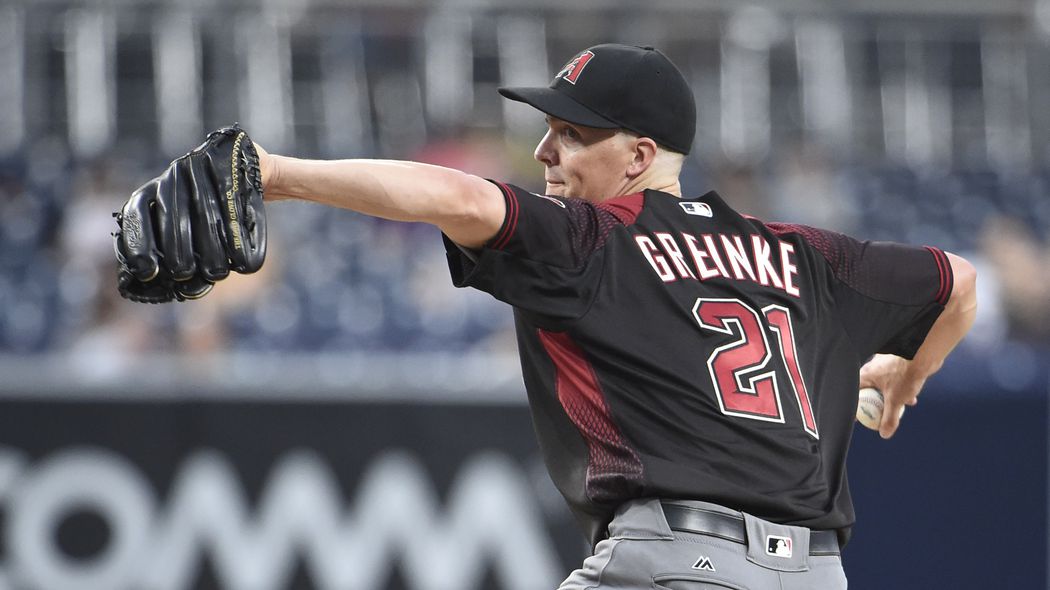 The Diamondbacks are free from the shackles of Dave Stewart and Tony La Russa, but that doesn’t get them Dansby Swanson and Ender Inciarte back, nor does it guarantee that Zack Greinke and Shelby Miller will fix whatever was wrong with them last year. They're probably going to finish in fourth place. The changes at the top help everyone feel a little less adrift.

If you look at the 25-man roster, though, there are certainly enough talented players to compete. Their best-case scenario for the lineup features a return to form from A.J. Pollock, a complete season from Jake Lamb, continued improvement from Yasmany Tomas, and a breakout season from Brandon Drury, all of which are possible. Robbie Ray’s stunning strikeout rate might help him prevent runs this time, and the rest of the rotation can bounce back.

They’ll need that rotation to bounce back, though. Taijuan Walker, who allowed 15 homers in 15 Safeco Field starts, might not be the best fit for Chase Field. Ray, Miller, and Patrick Corbin were all terrible at preventing runs, and it took a while for Greinke to get back to even average. It’s too many chainsaws in the air for one team, and that’s even if the lineup were guaranteed to succeed, which it isn’t.

Forget the players: they don't matter. Well, they matter in the sense that their performances determine wins and losses, but as the Diamondbacks of the last few years have reminded you, the people picking the players matter quite a bit, too. Arizona has all new folks for that, with Dave Stewart gone and Tony La Russa comically powerless in favor of former Red Sox GM Mike Hazen and the guy responsible for Mookie Betts And Other Young Red Sox You've Heard Of, Amiel Sawdaye. The D-Backs will be in a better place than they've been. Just, uh, maybe not right away.

We can talk about the risk of trading breakout shortstop Jean Segura for Ketel Marte, or we can use this space to talk about how we're pretty sure Dave Stewart traded for the wrong Basabe brother in the Brad Ziegler deal, and now Dave Stewart is no longer the GM of the Diamondbacks. Also, one of the guys who traded Stewart said incorrect Basabe bro now has his old job, and got Ketel Marte and Taijuan Walker for one good year of Jean Segura while performing it.

“It seems like the Arizona Diamondbacks have been in a constant state of turnover for the past several years. Sometimes, it has been the players, sometimes the front-office, but it feels as if there has always been a stream of suitcases sitting in the hall at Chase Field, waiting for an Uber to the airport.” — AZ Snake Pit

The Diamondbacks could have been a good team in 2016, before everything they touched heading into the year besides Jean Segura fell apart. So, with a dash of Taijuan Walker breaking out here, a healthy A.J. Pollock there, regular-old greatness from Paul Goldschmidt, and Shelby Miller being something akin to not actively terrible, and the D-Backs might be able to make some noise. It was a mostly quiet winter, though, so even in this best case scenario, we're pretty sure they spend 2017 getting back on track instead of actually arriving at a postseason destination.

Zack Greinke is bad now, and it is Arizona's problem to solve on their own. It turns out Jean Segura is legitimately awesome, and Taijuan Walker still isn't putting it together. Their fates didn't used to be intertwined, but now they are thanks to the trade, and from that we learned the D-Backs are somehow even more snakebitten (lol) than the Mariners.