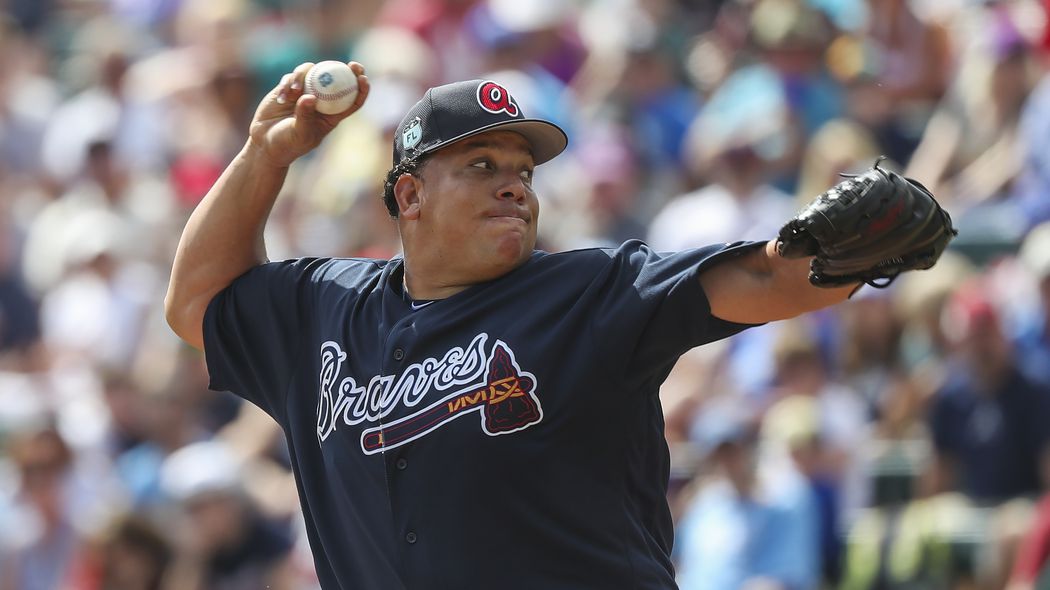 A year ago, the Braves might have been the least watchable team in baseball. Remember when they had fewer wins in Turner Field than the Red Sox? That was the middle of May. It’s still hard to comprehend. It's not that much of a surprise that they're our fifth-place pick.

Since bottoming out, though, they’ve built a watchable team, just in time for the new ballpark. Honestly, considering where they started, that’s almost the most impressive feat in baseball over the last calendar year. They built three-fifths of a watchable rotation in an offseason that was supposed to be devoid of anything resembling a starting pitcher, and the Shelby Miller trade gave them a quarter of a watchable lineup, with the excellent Freddie Freeman in the middle.

They could be good, not just watchable, you know.

The back of the lineup is still a minefield, and it won’t take long to figure out why the 40-somethings and sore-shouldered pitchers came so cheap, because one or two of them will remind you that they’re 40-something or sore shouldered. The Braves have one of the best farm systems in baseball, a stunning collection of depth, and they’re set up for another decade-long run of success. Until that’s all ready, though, there will be a whole lot of Adonis Garcia and Tyler Flowers, and way too much of Matt Kemp clomping around in the outfield.

In a couple years, the Braves will make us hate them again. Until then, we’ll settle for being impressed at how quickly they turned around that historically abysmal roster.

Seriously, give them a quick round of applause. A 110-loss team in an inconvenient new ballpark they didn’t really need would have been a disaster, and that’s what I would have put money on just 11 months ago.

The Braves had miserable pitching last season, and it helped mask much of the improvement the lineup made as the season went on. So, adding reliable arms like Bartolo Colon and R.A. Dickey makes a huge difference even if the second of those doesn't sound like a sexy transaction, and hoping for a bit of a rebound from Jaime Garcia is a solid plan, too. The Braves can either look to trade all of these guys in a few months, or maybe their presence will make Atlanta much better than expected.

The Braves didn't lose anyone of significance, which, when you consider they added a bunch of intriguing players and have a roster and farm system loaded with talented youths, is a pretty good place to be in. And they don't even need to keep A.J. Pierzynski around anymore, to boot!

“The Atlanta Braves head into the 2017 season looking to move a step closer to respectability and eventually contention. Rebuilding this once proud franchise has been a long and sometimes grueling process. To understand where the Braves are going however, you need to first look at where they came from.” — Talking Chop

The Braves have a surprisingly solid lineup from top to bottom, thanks to additions like Kurt Suzuki and Brandon Phillips joining a group that hit much more during the season's second half than in its first. That, plus a rotation led by Julio Teheran with a number of average or better innings eaters behind him, vaults itself into the wild card race well before anyone expected them to be there.

Once again, none of the younger pitchers show much in the way of staying power, and the veterans brought in to help Atlanta stay competitive turn out to be just a little too old, costing the Braves both in the standings and at the trade deadline. On the bright side, all those prospects on the farm still exist, and... hey, wait a second, this is "Worst Case" section. Those prospects are bad now. Sorry, those are the rules.