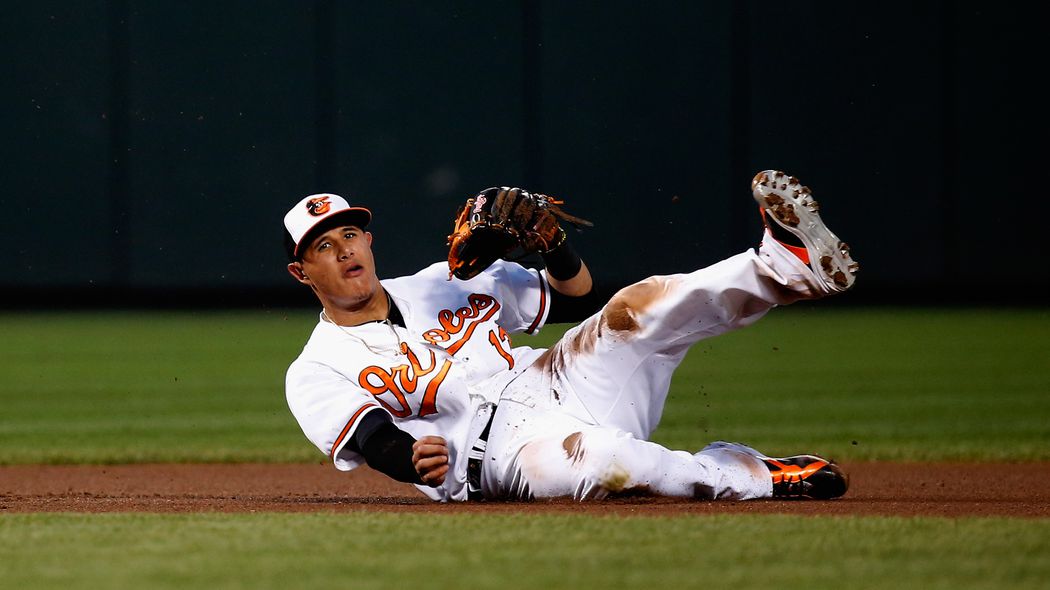 The Orioles will finish in fifth place, dead least in the AL East. DON’T EMAIL ME. But you can’t tell me that you’re supremely confident in a rotation that currently features Wade Miley in the middle, Ubaldo Jimenez toward the back, and Mike Wright as the first line of defense in case something happens to the top of the rotation. Which it already has. Behind him are ... [shuffles through paperwork] ... uh, two guys they bought from the Mets? Like, with currency?

There is upside in the rotation, and it’s not like you need to insert five different quality starting pitchers into a door to open the postseason, like a Zelda puzzle. There are scenarios where Dylan Bundy and Kevin Gausman are magical, Chris Tillman is healthy, and it doesn’t matter what in the heck happens after that because the bullpen is sublime and the dingers are a-poppin’. This is why when people run computer simulations about upcoming seasons, there are always a handful of surprising results. Could the Orioles win the AL East? Heck, yes. They have Manny Machado. They could win 110 games.

They’re also counting on health, Miley, and Jimenez. That’s one too many parlays to expect a payout, and the division is too well-rounded to sneak in easily.

Mark Trumbo isn't an addition so much as the Orioles avoiding losing the guy who led the majors in homers a year ago, but keeping those dingers around in 2017 was a lot more helpful than letting them go elsewhere. Whether Trumbo repeats his 2016 is up for debate, given how far ahead of the rest of his career it was, but the price was right for Baltimore at three years and $37.5 million.

Yovani Gallardo was the cost of acquiring Seth Smith, but considering he was nearly as bad in 2016 as he was productive the year before while with the Rangers, this probably falls more accurately under a "addition by subtraction" heading.

“If the Orioles find themselves struggling around the trade deadline - like, say, due to a bad starting rotation, which every Orioles fan must fear right now - they will face a very tough choice about whether to trade off the stars and load up on prospects. It’s not an exciting thing to consider.” — Camden Chat

The Red Sox slip too much after losing David Ortiz, the Blue Jays miss Edwin Encarnacion's offense, and the Yankees aren't quite ready to contend at the top of the AL East just yet, leaving the Orioles to take the division for themselves. A repeat season from Mark Trumbo combined with Chris Tillman coming back healthy and effective and a rotation that holds up better than last summer's means the O's make the postseason once again.

Notice how nearly everyone else in the division might need to slip to get the Orioles the AL East division crown? That's probably read as harsher than intended, but considering Chris Tillman is beginning the year with a shoulder injury and Baltimore is still relying heavily on Wade Miley, Ubaldo Jimenez, and the health of Dylan Bundy, it could be a long season in a hurry if things go south. Throw in Trumbo failing to replicate his 2016, and, well, this section is for worst case thoughts, you know.