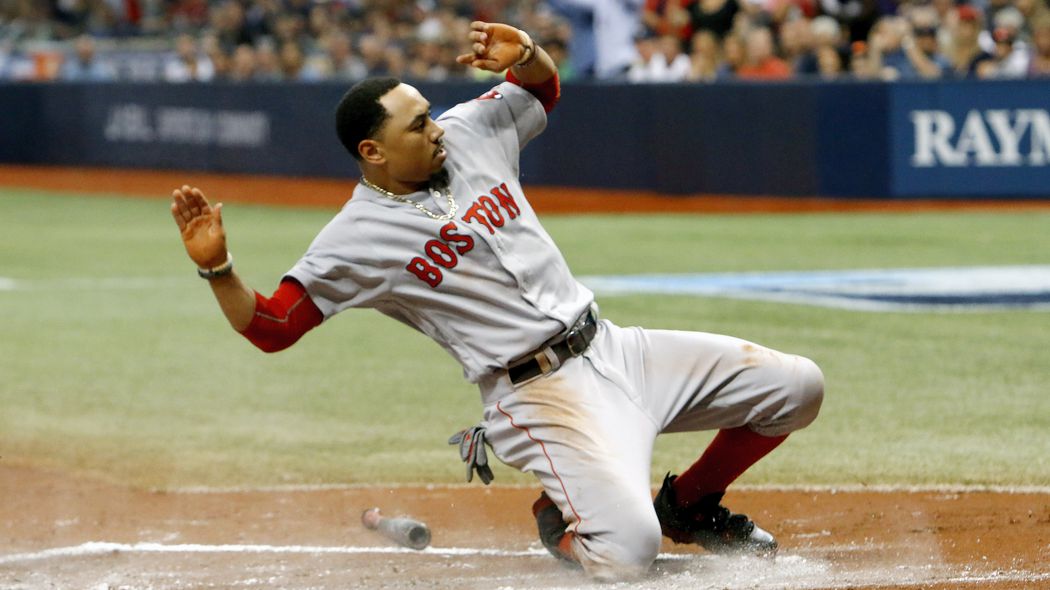 Projecting the Red Sox for first place is the obvious pick, just like the Cubs were last year, and you shouldn’t care, just like you didn’t with the Cubs last year. If you think that’s an idle comparison, it’s not. Both franchises are rich. Both franchises are spitting young players out like an I Love Lucy conveyer belt. Both franchises overcame historical hardships and immediately set upon the task of making you hate them. Both franchises smell like a combination of Eddie Vedder’s musk and steely confidence, which is the scent Theo Epstein wears around the office.

Both teams are going to be exceptionally good.

There are concerns. With all that talent and money, the best they could do at first base is a guy whose WAR has started with a “0.” in six out of his seven seasons in the majors? And what if Sandy Leon really isn’t a switch-hitting Wade Boggs behind the plate? Don’t forget about Pablo Sandoval, who doesn’t have to start hitting just because he looks like the “after” picture in an advertisement.

Mostly, though, I’m just impressed that their cleanup hitter in the post-Papi world might be a 5’9” guy who zips around the bases. Even if they didn’t have the best team, they’d get extra credit for that.

The Red Sox didn't necessarily need Chris Sale given they had Rick Porcello, David Price, Drew Pomeranz, 2016 all-star Steven Wright, and the Eduardo Rodriguez who showed serious potential in the second half of the year. With David Ortiz retiring, though, and Boston only needing to give up one of their very best prospects in Yoan Moncada, Sale was too good a deal to pass up.

There is no bigger loss than David Ortiz for the Red Sox, especially not after the 2016 season he put up: the age-defying designated hitter swatted 38 homers while leading the American League in slugging, doubles, and OPS. Boston is hoping to make up for the lost production with improvements elsewhere, but it's a tall task even with Chris Sale on board.

“There is no bigger storyline for the Red Sox as we head into the season than what the team will look like sans David Ortiz. Ortiz’ absence will be felt throughout the organization, and it goes without saying that his contributions on the field are the most important factor here.” — Over The Monster

The spring training injuries to David Price and Drew Pomeranz amount to little, either because they come back healthy early or because the likes of Steven Wright and Eduardo Rodriguez pick up the slack in the meantime. Rick Porcello continues to make his extension look like the right move, and a full season of Andrew Benintendi, along with Chris Sale in the rotation and a healthier bullpen, help Boston absorb the loss of David Ortiz, resulting in another AL East division title.

Price's elbow issue doesn't magically go away, and Pomeranz turns out to be another bit of damaged goods the Padres sneakily unloaded last summer. Steven Wright can't replicate the knuckler that brought him national attention in 2016, and adding Mitch Moreland's glove and another top-tier starter isn't enough to make up for the fact that Boston lost one of the game's very best hitters over the offseason.