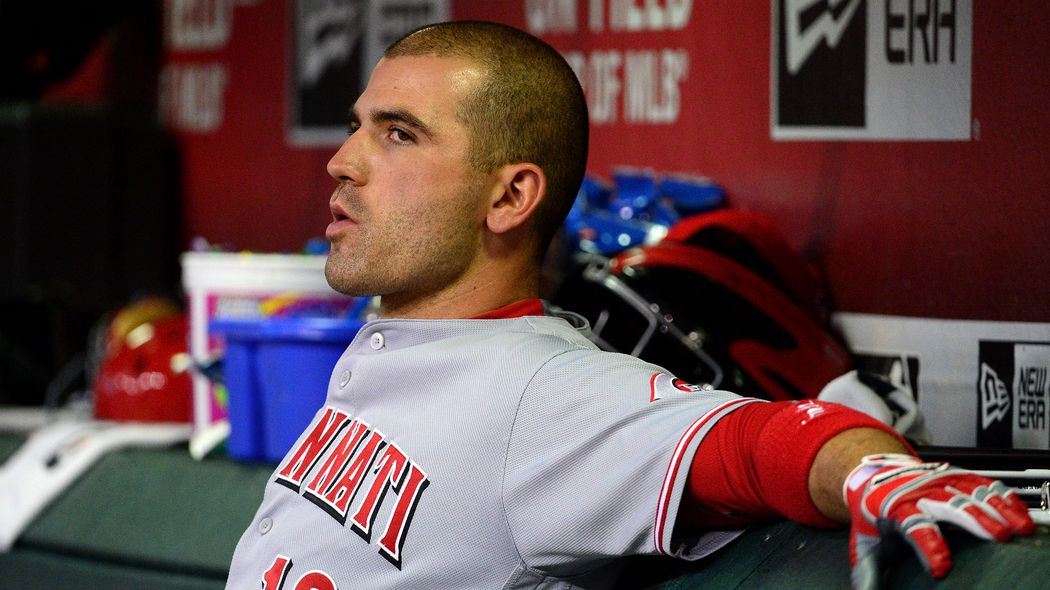 I want you to appreciate that I’m writing this blurb on the fifth-place Reds in front of a Nintendo Switch, which has Zelda: Breath of the Wild loaded on it. It’s just sitting there, staring at me, begging me to play it. Instead, sure, let’s talk about the Reds.

Anyway, the Reds aren’t very good. They have Joey Votto, who is a titan, and Billy Hamilton, who is incredibly fun, so it’s not as if Reds fans should want to skip the season entirely, but the pitching staff allowed 258 home runs last year, and I’m not sure if they got any better.

Two-hundred-and-fifty-eight home runs. In one season.

Unlike the Brewers, if you have reasons to think the Reds will be good again one day, they aren’t close to the majors or already in the lineup. The roster is filled with placeholders and seat-warmers, and there isn’t that Yoan Moncada or Dansby Swanson kind of youngster yet to keep the soul warm even as the losses pile up. Success for the Reds will be defined by the progress their youngsters make in the minors, as well as their ability to throw more youngsters on the pile in July.

Normally Scott Feldman isn't all that exciting of a signing, but when you're opening the year with your two top starters on the disabled list and everything else is basically a competition to see which of your younger arms will survive the season, suddenly, having a Scott Feldman seems pretty alright.

Brandon Phillips isn't the player he used to be, but he was still a Cincinnati institution, and it'll be weird to see the Reds open up the season without him around. Poor Joey Votto must be feeling very lonely in the lineup, especially with Devin Mesoraco's six years of experience beginning the year on the DL.

“To a specific subset of saber-oriented baseball fans, the face of the Reds is the same as it has been for the last decade. It’s still Joey Votto, that cerebral, brooding presence that makes stat-heads swoon...” — Red Reporter

It's not that the Reds are bereft of talent, it's just that you don't care about the best they can do in 2017 at all. Don't lie about this, we know the truth. Even Reds fans are just dying to get to 2019 or whatever.

Won't the Reds please free Joey Votto from this nightmare?