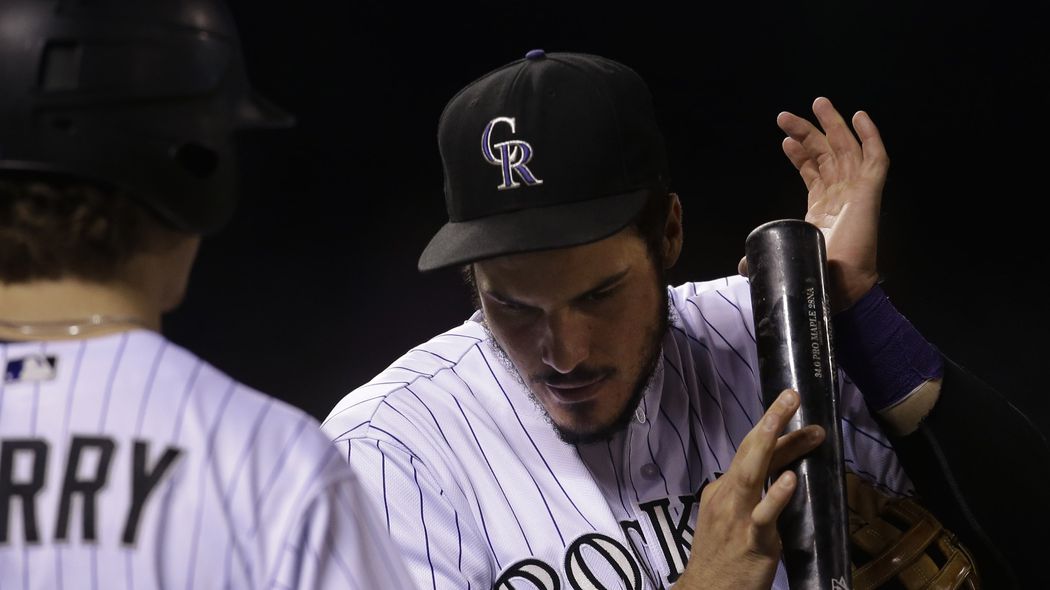 They might have the best lineup in baseball, which means that a third-place prediction is too conservative of a ranking. No, I don’t know what they’re doing with Ian Desmond at first, either, and they’ll be without David Dahl for a little bit, but their first five hitters are absolutely terrifying.

They would freak pitchers out if they played in Petco Park. They’re going to devour starting pitchers and their long relievers whole in Coors Field.

The pitching is more modest, but it’s a rotation that makes a good amount of sense, with homegrown starters who were raised not to fear Coors Field, along with the spoils of some of their better trades. Chad Bettis’ cancer shocked everyone, but he’s still hoping to pitch this year, and we should all root for him.

Of all the teams in baseball, the Rockies have the easiest path to winning more games than expected. If they can pitch better, they’ll approach 95 wins. This won’t be the first Rockies team we can write that about, but this is a rotation that gives them a better chance to do that than previous permutations. Feels like this is a team that’s ready to do something loud, but that description also covers the possibility of implosion, too.

Ian Desmond was signed by the Rockies to play first base, and all these months later, we're not really sure why. He's a former shortstop who hits like a shortstop would hit if they were a decent stick, which is to say, he's probably not hitting well enough to be an outfielder like he was for the Rangers, never mind a first baseman. Mark Reynolds, for all his issues, is at least as productive of a hitter, less expensive, and is the guy starting the year at first while Desmond is on the disabled list, too. Let's not even get started on how inexpensive Edwin Encarnacion and Mark Trumbo ended up being compared to Desmond.

The Rockies didn't lose much in the way of players this winter, but the era of Jorge De La Rosa is over. It might have been over during the season, even, as he had his first full poor year with Colorado since joining the organization back in 2008. De La Rosa quietly threw over 1,000 innings for the Rockies between 2008 and 2015, and they were well above-average ones, too. His 2016 was a mess, but he's likely still salvageable at a regular altitude, and was plenty useful before then, too.

“...Admittedly, that’s still in the dream phase, but a close look at 2016 combined with even a basic level of analysis of the young arms on the way should lead one to believe that bold statement is not all that far from happening. The job of Black and the Rockies in 2017 is simply to keep the momentum rolling.” — Purple Row

No matter what, we're going to give the Rockies a hard time about Ian Desmond, First Baseman. However, even with that nonsense happening, the Rockies have a promising lineup and five starting pitchers who are all in their 20s. The NL West is a tough division, sure, but a staff of young pitchers led by Jon Gray, and a lineup featuring Carlos Gonzalez, Nolan Arenado, Trevor Story, and DJ LeMahieu could cause some damage and get involved in a wild card race all the same.

Colorado having to rely on pitchers to get them somewhere has always been a dicey arrangement, and the lineup isn't quite good enough that the team can try to do this without at least a solid rotation. While the youth and potential of their rotation could be a point in their favor, it might also keep them out of things in 2017.