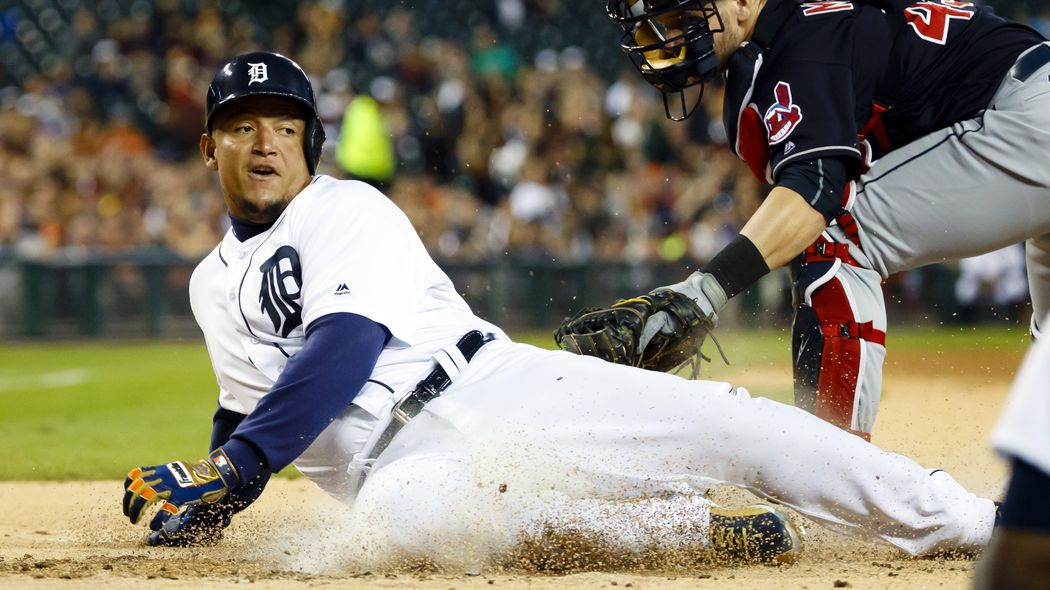 For a team about to finish in second place for a second consecutive year, they sure came close to rebuilding. The headlines at the start of the offseason went something like, “TIGERS TO REBUILD IMMEDIATELY, JUST YOU WATCH,” and the world was treated to Ian Kinsler rumors and J.D. Martinez rumors and speculative features about what it might take to get Miguel Cabrera and reminders that Justin Verlander is actually underpaid now. It was all a lot of fun!

[sets pile of Mikie Mahtook down on the table]

There’s your Mikie Mahtook, Tigers fans. Don’t use it all at once.

The Tigers were an 86-win team, so they didn’t need to rebuild. They still have one of the best hitters in baseball history. Verlander is back to his acing ways. I’m buying on Justin Upton, Jordan Zimmermann, and Anibal Sanchez, so maybe I’m just an easy mark. But this looks like a roster that could have used a little something, somewhere. Instead, they came up with a Tyler Collins/Mahtook platoon.

The Tigers never figured out if they wanted to buy or sell, and after just a few short months, the offseason was over, and the Tigers were left with [adjusts glasses] ...Alex Avila? That can't be right. Mikie Mahtook isn't right, either. Wow, congratulations to the Indians.

The Tigers traded Cameron Maybin during the minute where it looked like they might sell off their assets for prospects to help them rebuild in a hurry. Instead, they just dealt Maybin, and are hoping the 2016 roster works much better a year later without him around.

“Regardless of their fortunes in 2017, the team’s long-term future is still at stake. Avila and Chris Ilitch have a plan in place, but it takes more than a few reallocated dollars to build a sustainable winner. Can their build-from-within philosophy eventually bring home the championship Chris’ father never won, or will this team’s past transgressions be too large a burden, plunging them into a long-avoided rebuild?” — Bless You Boys

The Tigers might have been quiet all offseason, but they do have Justin Verlander, Miguel Cabrera, J.D. Martinez, Victor Martinez, Jordan Zimmermann, Michael Fulmer, Justin Upton, Alex Wilson, and more, so they could reasonably put together a run at the AL Central if the Indians falter, and a wild card spot if not. There is a ton of talent here: it just needs to be play up to its abilities.

The Tigers had plenty go wrong in 2016 and still managed to win 86 games, so a "worst case" situation involves even more going wrong. Like, say, J.D. Martinez having a mysterious foot injury that could cause him to miss significant time, Miguel Cabrera's back acting up during spring training, Justin Upton coming off a disappointing first year and failing to make up for it, Jordan Zimmermann doing the same thing in his own second year in Detroit. You know, hypothetically.