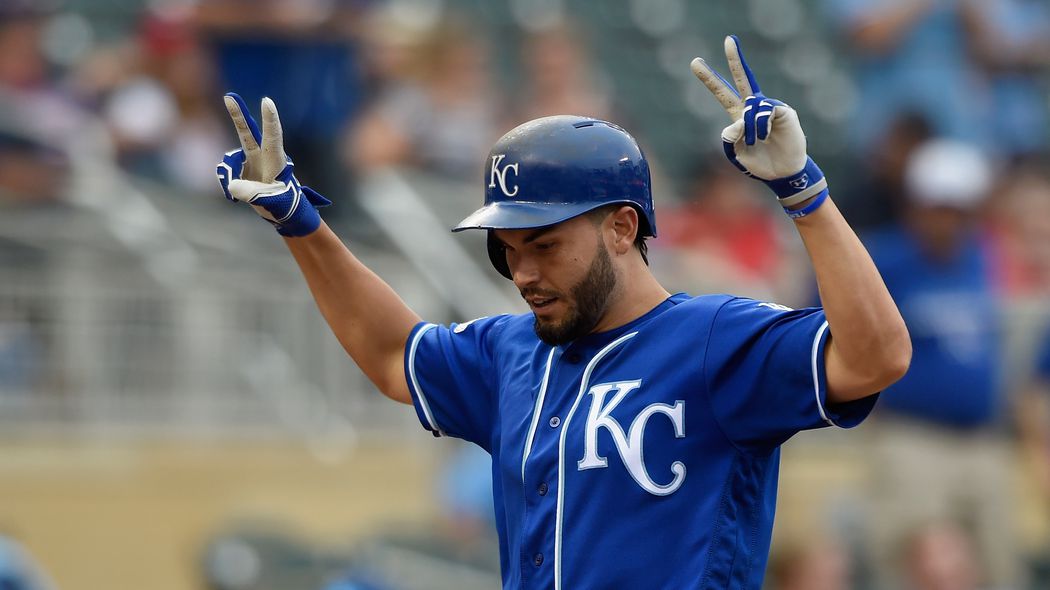 They’ll have Yordano Ventura to play for, and I want that to be enough. In a just world, that would push them well above third place, where they're likely to finish. The rotation is still quality, somehow, even if there aren’t a lot of exciting names with upside behind Danny Duffy. We saw how a team with a dominant bullpen can make up for a lot of sins with last year’s Orioles and Indians, and, well, the Royals before that. It’s silly to write them off completely.

Here, however, is last year’s adjusted OPS for every projected player in the starting lineup, where 100 is the league average, and under means the hitter was below league average:

It doesn’t matter which names are attached to which players. I can make arguments for players like Alex Gordon and Lorenzo Cain, who have been better than their 2016 season suggests. Mike Moustakas coming back is a positive, and as a Giants observer, I’m curio-jealous about the Jorge Soler acquisition, which was a fantastic way to fill a hole and plan for the future at the same time.

Where are the runs going to come from, though? We’re almost three years removed from the slap-and-swipe revolution that helped make the Royals a force, which means everyone’s legs are almost three years older. They’ll need some help from a rotation that is remarkably boring and ill-equipped to overcome deficiencies on other parts of the roster. This is a rotation that would work if those other parts of the roster were clear strengths.

Again, they shouldn’t have to feel like that. This should be a discussion about how Ventura is ready to put it all together and dominate. There’s no way around that, and I hope the Royals kick this prediction right in the butt.

The Royals had an odd winter, as they mostly stayed put until everything else had calmed down, then traded pending free agent supercloser Wade Davis to the Cubs for the still-young and still-promising Jorge Soler. Whether it works out remains to be seen, but Soler will get the chance to play every day in Kansas City for a team that's trying to add talent to its near-future rosters since its farm system might not be helping with that for some time.

Wade Davis had a 1.18 ERA with the Royals out of their bullpen from 2014 through 2016, and now he's gone. That doesn't automatically make dealing him a bad or disappointing move, but it is a hole that the Royals are going to need to fill, and it will be impossible to do so with just one relief arm.

The Royals also tragically lost Yordano Ventura over the offseason, as he was killed in a car accident in his home country of the Dominican Republic in January.

“Over the last four seasons, the Royals have won 351 games, more than any other American League team except the Indians (who have won 352). The Royals have won two pennants and a championship with a core the organization consciously developed together, hoping they would build the trust and camaraderie that would allow them to become winners. But in some ways, that era is soon coming to a close.” — Royals Review

The Royals made enough late-season moves that they could make a reasonable run at a wild card spot and playoff run: trading for Nate Karns and signing Jason Hammel shores up a rotation that needed help after Danny Duffy, and while Brandon Moss wasn't as productive as Kendrys Morales a year ago, the combination of him and Jorge Soler makes for a more balanced lineup that pushes Kansas City into contention.

A team with obvious potential for holes in the lineup and rotation, looking toward a future where their farm system won't be able to save them and their budget isn't as large as some of their closest competitors? We're not talking pre-2014 bad for the Royals or anything, but 2017 could easily be their worst season since the turnaround of a few years ago, and with no immediate end in sight.