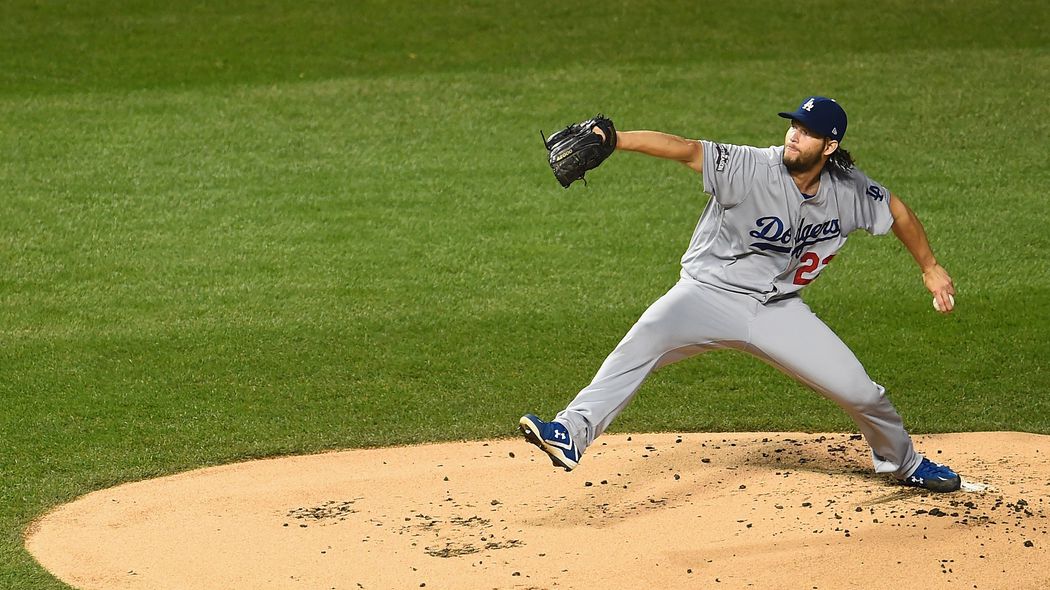 They’ve won four straight division titles, with the closest call being a four-game margin, so it's a pretty easy pick to put them at the top of the division. The scary part is that they’re positioned to make a run at the premium free agents of the future, like Bryce Harper or Manny Machado. Maybe both? They’ll reap the benefits of paying Corey Seager as much as Scott Van Slyke for a few years, and it’s almost unfair that the Dodgers get those benefits, too. We haven’t even seen them at their most weaponized.

I’m not sure if I buy them being the best team in baseball by several games, like FanGraphs is projecting, but they have just about everything they could possibly need. They have a lineup that’s deep enough to hide Yasiel Puig seventh, and a mystery man like Andrew Toles can do his thing at the bottom of the lineup without attracting too much attention. The Dodgers have minor-league depth, too, which they can tap into throughout the year, with Cody Bellinger giving them an outside shot at back-to-back Rookies of the Year.

The rotation is the same as last year, with a lot of contenders for a handful of spots, which translates to depth they’ll need throughout the long season. They’re without a traditional ace, but only because the non-traditional ace they do have was forged out of fire and souls of the vanquished.

If there’s a way it could all fail, it probably has to do with the older players falling off and a sequel to last year’s injury problems in the rotation, only one that doesn’t get fixed before the postseason. But you can write that about every team, more or less, so it’s a bit of a stretch to penalize the Dodgers into second place for it.

The Dodgers mostly stuck to retaining their own free agents, like Rich Hill, Justin Turner, and Kenley Jansen. They also traded top prospect Jose De Leon for second baseman Logan Forsythe, though, and now Forsythe is the new leadoff hitter, too. The only real disappointment in this (barring a serious pre-majors love affair with De Leon, anyway) is that the Dodgers seemed to have their heart set on Brian Dozier prior to getting Forsythe. It's okay, though, they probably cried into their money or something and also they won the NL West and 91 games without Forsythe last season.

Letting Joe Blanton just sit out there as a free agent until the Nationals finally scooped him up in March was odd. He threw 80 innings for the Dodgers in 2016, and they were great ones, too, as Blanton posted a 2.48 ERA while striking out over three times as many batters as he walked. The Dodgers' pen isn't empty, but Blanton also signed for the same relatively inexpensive salary as a year ago, so this is all kind of just weird.

“This is year three of the reshaped baseball operations department under Andrew Friedman, tasked with trying to build a long-term pipeline of talent while also keeping the major league club competitive. They have done that, possessing one of the best farm systems in the game while also becoming a fixture in the playoffs, but are still waiting for the franchise’s first World Series in 29 years.” — True Blue LA

Just saying the Dodgers could win the NL West here isn't going to do anything for you, is it? They've won the West the last four seasons, and have two NLCS losses in that stretch, too. Okay, just for you, but don't tell the other NL teams we had this little chat: the Dodgers could even make it to the World Series this time!

Winning the division again but falling short of the World Series for the fifth time in five years would be something, even if it just being in the postseason at all still means the Dodgers are successful. This is mostly because Clayton Kershaw won't be this incredible forever, and because we're approaching 30 years of the Dodgers not even making the World Series, never mind winning it.