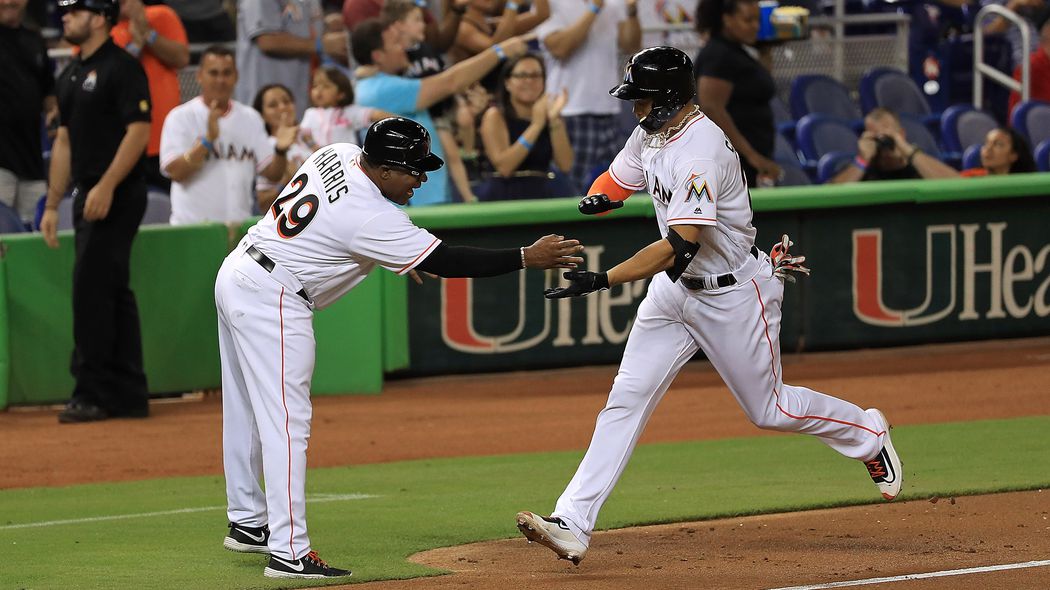 But after getting through what makes the Marlins compelling — the best outfield in baseball, give or take — it’s impossible not to stare at Dan Straily and Tom Koehler in the rotation and worry an awful lot. Wei-Yin Chen was too good for too long to give up on completely, and Edinson Volquez is better than his 2016 season, but it will take some monster seasons from the outfielders to make up for the below-average pitching. They're ticketed for fourth-place, and I honestly wonder if that's too optimistic.

That’s before you get the rest of the lineup, which has more question marks than the typical contender. How will Dee Gordon hit in a post-chemistry world? Will Martin Prado be healthy and effective? What happened to Adeiny Hechavarria’s bat, and is it fixable? Can Justin Bour be merely bad against left-handed pitching instead of interminably awful?

Still, it’s not out of the question for them to have five or six above-average bats in the same lineup if everyone’s healthy, with an MVP candidate or two mixed in, which means all it would take is some average pitching for them to contend late into the season. As of right now, average is something of a best-case scenario, which is absolutely unfair.

Dan Straily was quietly the kind of starting pitcher the A's, Astros, and Cubs all hoped he would be earlier in the decade, but no one noticed since he was on the Reds. Don't worry, though, now he's with the Marlins, where people will definitely notice whether or not Dan Straily is any good at baseball.

The Marlins bet on Andrew Cashner not actually being bad, and even gave up real prospects for the right to be wrong about that. The good news is that this is all behind them now, and instead, they're turning to... Edinson Volquez? Listen, we know free agency wasn't all that exciting this winter, but the Pirates' magic has worn off.

“If we’re being honest with ourselves, though, we’ve been in the midst of one long era since 2003: The Jeffrey Loria Era. You ask any non-Fish fan to name the first thing that pops to mind when they think of the Miami Marlins and it’s probably the notorious owner. For better or worse, he has earned his place at the forefront of people’s minds when it comes to the Fish.” — Fish Stripes

The Marlins didn't have a thrilling offseason, but they weren't that far under .500 last season despite 119 games out of Giancarlo Stanton, too many of them bad ones since he was dealing with injuries. Dee Gordon, Marcell Ozuna, Christian Yelich, Stanton, and the rest are still a pretty good start to a team, and the Marlins could very well compete for a wild card spot if they get a little more luck in their lineup this time around.

Neither of Edinson Volquez and Wei-Yin Chen rebound from their poor 2016 seasons, and Dan Straily wilts under the harsh spotlight of baseball in Miami. That, in conjunction with a lineup that still has a few too many lightweights in it, causes Giancarlo Stanton to start openly counting the days until he can opt-out of his contract.