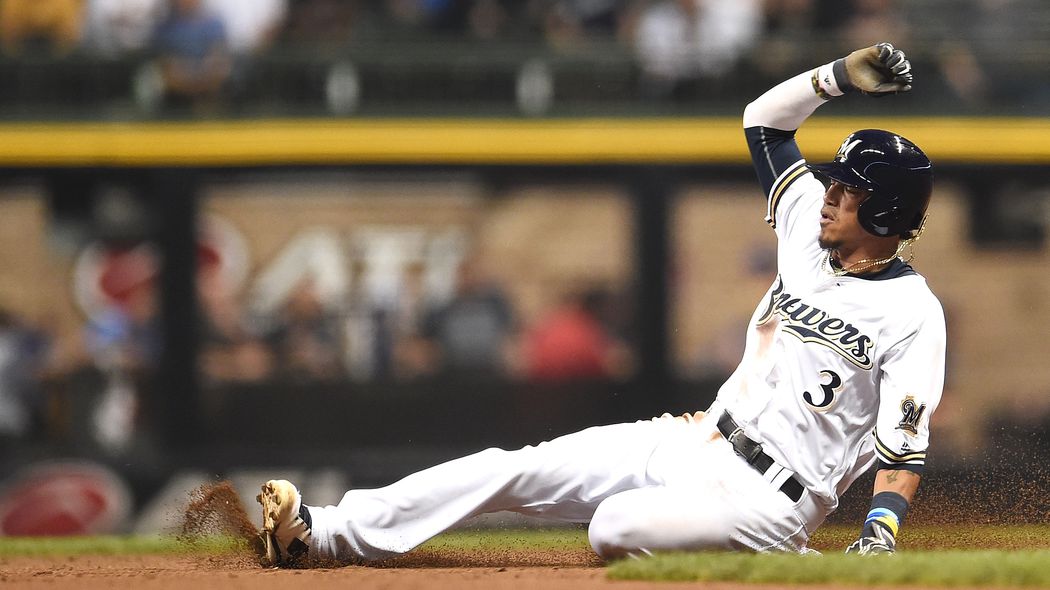 Would I put money on them finishing ahead of the Cardinals? No. No, I would not. But they’re in third place in these predictions because a) I’m tired of making obvious predictions, and you know there will be a surprise or five mixed somewhere in here, and b) it’s a good way to point out how exciting the Brewers’ young lineup is.

There are six Brewers hitters that would keep me in my seat when it was time to buy a beer. Six! We might find out early that Eric Thames left his power in Korea, which would make five hitters, and we might find out that Domingo Santana and Orlando Arcia still aren’t ready, which would leave us with three, and it’s not like Jonathan Villar and Keon Broxton are perennial All-Stars with a rich legacy of success, which could leave just one hitter worth a dang, and that guy will turn 34 in November.

Then the rotation ambles along and reminds you just how chockful of Matt Garza it is.

So, no, they probably aren’t a threat to the Cubs, and putting them ahead of the Cardinals is a better trolling effort than a prediction. But for a team that was floundering in the void, they’ve made a nice comeback into the land of the watchable. As soon as they prove they can develop a pitcher or two, they’ll be the hot, trendy team to pick when you get tired of the Cubs.

“As soon as they prove they can develop a pitcher or two,” is baseball-ese for, “As soon as I get my first million dollars, I’ll get this idea off the ground,” so maybe don’t pre-write the article about the Brewers getting back to the NLCS. But I’m a sucker for a good rebuilding story, and the Brewers look like they have one.

Eric Thames is one of the most fascinating signings of the entire offseason, given he hasn't played in MLB since 2012, and wasn't particularly good back then. He wasn't bad, as he was about league-average offensively, but Thames spent 2013 in the minors, and then the next three seasons in the Korean Baseball Organization -- the KBO pays better than the minors, and now it's paid off with a return to MLB. Thames hit 124 homers over three seasons, and now he's the Brewers' starting first baseman.

To make room for Thames, the Brewers non-tendered Chris Carter, who led the National League with 42 homers just last year. Of course, Carter is a defensive liability whose extreme power gives him the possibility of being a pretty good hitter: the Brewers like what Thames offers more than what Carter offers, and since it took much longer for Carter to be signed than Thames, they probably aren't alone.

“The Milwaukee Brewers are a team in transition. They’ve already dealt away most of the recognizable players on the roster and in the process, have stuffed their system with a large group of promising talent. Many of those players will get a shot to prove themselves at the MLB level this year as Milwaukee tries to determine which ones will be worth building around as they move forward.” — Brew Crew Ball

The Brewers are rebuilding, but there are still some real good players here in Ryan Braun, Jonathan Villar, Domingo Santana, and Junior Guerra. If Eric Thames joins that group while the Brewers' prospects continue to impress -- yes, the Brewers have prospects again -- then 2017 is going to be a success even if the Brewers are near the bottom of a stacked NL Central. Don't worry, Milwaukee, you've always got Cincinnati to make fun of.

Eric Thames is a bust in his transition back to MLB, while Chris Carter continues to flash some of the top power in the majors for someone besides the Brewers. Guerra remains the only useful pitcher in the rotation, and Matt Garza refuses to shave that thing on his face and just won't stop spitting, my dude, will you just stop spitting?