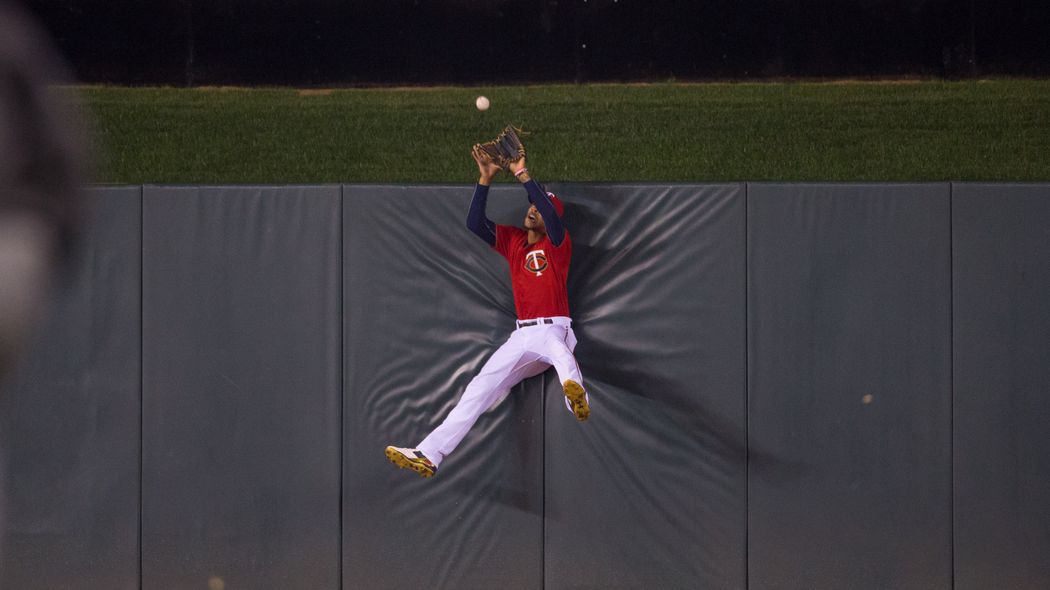 Byron Buxton! That’s what everybody is talking about in the Grapefruit League. Just a whirlwind of talent, that guy, and he’s going to put it all together. Have you heard about this Buxton fella? Just a pure zephyr of baseball wonder, you’ll see.

And Miguel Sano! Can’t say enough about his raw power, and this might be the year. Can you imagine if Buxton and Sano emerged from their talent cocoons at the same time? Look out, AL Central!

Brian Dozier is a treat to watch. Just imagine if he repeats that second half, but for a full season! The Twins might deal him at the trade deadline, but I can see them hanging on to him, just to keep those fans happy. Buxton, Sano, and Dozier? Yowza!

Yeah, pretty much everything is going the Twins’ way, except for the 22 other players who will be on the roster, which is why they're an obvious fifth-place pick. Buxton, Sano, and Dozier are sure exciting, though!

Thad Levine isn't a new member of the Twins' roster: he's their new general manager. And in an offseason where they just filled a few roster spots and will continue to emphasize giving the playing time to kids who might be part of the future as well as players already under contract, the new vision Levine could bring to the organization is the most important addition to the organization.

As with the addition of Thad Levine, the most significant departure for the Twins this winter is, on paper, their old way of doing things. They're historically a very in-house front office, and Levine brings the Rangers' way of doing things up north to Minnesota. Finally, appropriate compensation for losing the Stars to Dallas.

“The question now before the Twins is if the the new round of kids can step up, or if this sorry excuse for an MLB team (they lost 103 games last year!) should have actually just been contracted fifteen years ago anyway.” — Twinkie Town

Brian Dozier was the Twins' only every day player with who had a standout season in 2016. Joe Mauer wasn't bad, but his bat wasn't good for first base, either, and young players like Byron Buxton and Miguel Sano disappointed to varying degrees. Minnesota's best case scenario for 2017 is avoiding a repeat of that season, as it helped them lose 103 games, the most in the majors last year. They need the kids to progress, the veterans to produce and maybe be traded midseason, for Thad Levine's first draft to go well -- typical (but terrifying) rebuilding stuff.

They lost 103 games and saw their kids go backwards in 2016, and now Trevor May is already out for the year after undergoing Tommy John surgery. They would already be living the absolute worst case, if not for the change in management.