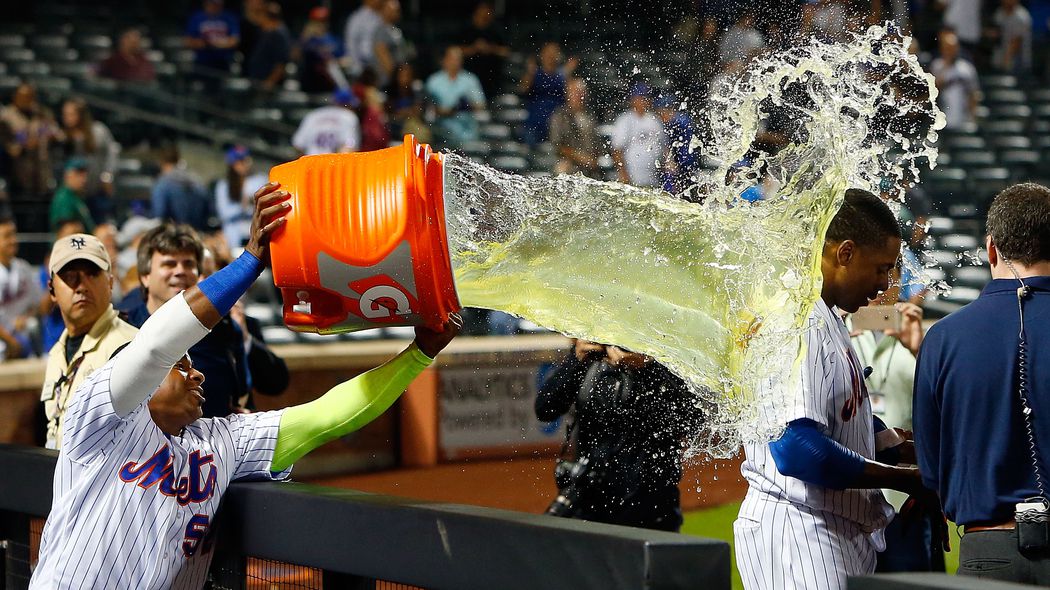 Matt Harvey is looking good and feeling fresh. That’s the good news. No, that’s the great news. Because Harvey, Noah Syndergaard, and Jacob deGrom could probably make a contender out of the Twins right now. Even if Steven Matz is feeling a little tenderness (in his elbow) and Zack Wheeler is still struggling to stay on the field following Tommy John surgery, the Mets will finish in second place and make the National League Wild Card Game behind their three aces. Again.

The lineup is sketchy, though, in that same way it’s been impressi-sketchy in the Yoenis Cespedes era, with just enough power to provide optimism, and just enough hacking to demand skepticism. They surely lead the league in “players who could hit .240 with a .300 OBP,” considering that describes nearly their entire lineup. Other than Travis d’Arnaud, the entire Mets’ starting lineup will be over 30, at least until Brandon Nimmo and/or Michael Conforto can work their way back. It’s not just that they’re older. It’s that you can plug and play just about any of them into this sentence:

Jay Bruce? Sure. Curtis Granderson? Yeah, it fits. Lucas Duda? Doesn’t require too much imagination. The contact of Asdrubal Cabrera and Jose Reyes save them from this exercise, but it’s an extreme all-or-nothing team that’s going to need some help from somewhere at some point, whether it’s with the young outfielders or Gavin Cecchini.

Yoenis Cespedes wasn't an addition from 2016, given he was on that team. The fact he's still with the Mets was a pleasant surprise, though, since the expectation was that he would opt-out and find someplace new, i.e., someone who would pay him. Instead, the Mets gave him a four-year, $110 million deal, and he's sticking around to keep hitting homers for them.

All additions: Oh, right, Cespedes is also the addition because the Mets added virtually no one to the roster this winter.

The Mets will miss Bartolo Colon, but in the sense that Colon is a fun player to watch as he continues to defy his age and size. They won't miss him results-wise, at least not in theory, not when the rotation without him has Steven Matz as the fourth starter and Zack Wheeler still set to return full-time in 2017. Oh, and also Seth Lugo and Robert Gsellman. All these young arms is why the Mets could afford to keep Yo around, by the way.

“The past five years have been a journey for the Mets, one filled with many lows and, more recently, many highs. What will the next five years bring to Queens? The future at the moment seems very bright but we’ll ultimately have to see how the chips fall.” — Amazin' Avenue

Matt Harvey's velocity stays for the duration, and so does his effectiveness and health. New York manages to finally and regularly put their best five forward in the rotation, and that pitching staff pushes the team ahead of the Nationals and to the top of the National League East.

Yoenis Cespedes declines now that he has a massive average annual value and full no-trade clause. Neil Walker is not as healthy as the Mets need him to be following back surgery and acceptance of the qualifying offer. The parts of the Mets' rotation that haven't missed a full season recovering from injury yet take their turn. Jay Bruce goes back to not being traded no matter how much his team wants to trade him.