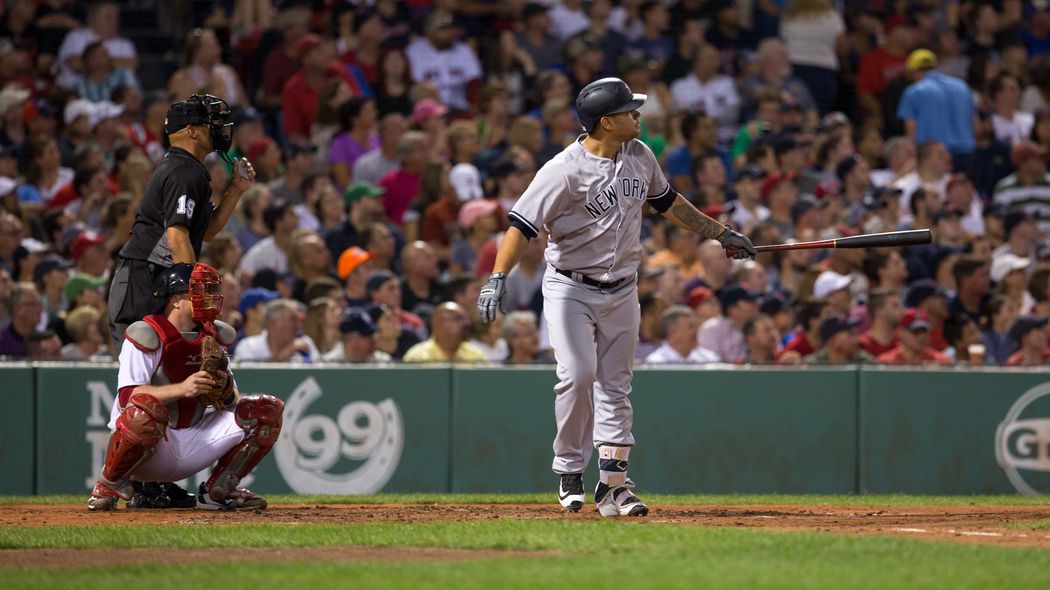 The Yankees might be the best fourth-place team in these predictions. They could hit a million-billion home runs and the pitching could stay healthy. The last time they finished under .500 was the year they drafted Derek Jeter, so underestimate them at your own peril/annoyance. I picked them to finish first last year, and if I had any courage, I’d pick them to finish first this year.

But where you might describe their rotation as Tanaka/Sabathia/Pineda/Severino/Green, I would describe it as Injury risk/erratic 36-year-old/erratic injury risk/erratic youngster/unproven sophomore. The answer is probably somewhere in the middle, but there’s almost no chance all five make it intact through the All-Star break, and the Yankees had just two pitching prospects in their top 20 who pitched above Class-A last year. There is upside throughout the rotation, but it’s a bad combination of a team that will likely need depth and a farm system that will be a year away from providing it.

That would all be fine if they had a lineup that was unambiguously dominant, but it’s folly to expect Gary Sanchez to slug .650 again. Aaron Judge is a man-obelisk, but there are no guarantees this is the year he hits. Chase Headley, Brett Gardner, and Jacoby Ellsbury were old and below-average at the plate last year, and I regret to inform you that they are even older today. The Yankees might slug their way out of their the AL East, or their starting pitchers might stay healthy and exceed expectations.

I just don’t see why you would expect it though. Could happen. Wouldn’t be the most surprising thing to happen, not even close. I just like the what-ifs above them a little bit more.

Matt Holliday is the new face in town, so he gets a nod over Aroldis Chapman, who was always looking like he was just a short-term rental to the Cubs, anyway. Holliday will slot in as the designated hitter in New York, in an attempt to give them the production they just couldn't get out of the position throughout the season. How much the now 37-year-old Holliday has left in the tank is its own question, though.

Mark Teixeira and A-Rod are big names the Yankees lost, but neither was productive in 2016: Brian McCann, on the other hand, was productive, and the Yankees dealt him to the Astros to free up permanent space behind the plate for Gary Sanchez. The bet is that Sanchez can produce now, and what New York acquired for McCann can be there to help later.

“In the life of a Major League Baseball team, there comes a time when a club must undertake the difficult task of replacing the face of the franchise. Over the last five years, the New York Yankees found themselves with the unenviable task of replacing an icon.” — Pinstripe Alley

You don't have to think about it too long to realize that the Yankees could go from young, rebuilding team to contender in a matter of weeks, depending on how quickly said youth acclimates to the majors. If the rotation, led by Masahiro Tanaka, holds up, the Yankees can make as much noise as anyone in the East. They'll be back on top in a matter of time -- the question is whether their time is now or in a year or two.

The only thing worse for the Yankees than not contending in 2017 due to the influx of youth on the roster is if the reason the youth keeps them from contending is because they're outright bad instead of simply working their way toward forming the core of a competitive team. Even if the kids hit, if the rotation doesn't stay healthy or the likes pricey veterans of Jacoby Ellsbury can't carry their weight, the Yanks will be in trouble.