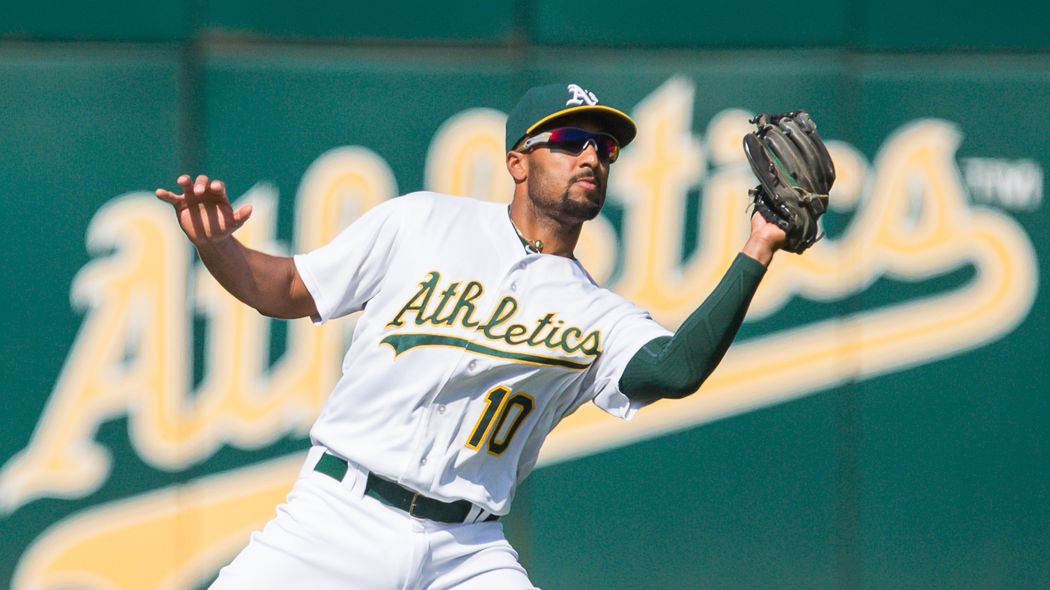 The clear fifth-place team in the AL West, even if I’m a fan of how they’re building a rotation with high-level trade acquisitions. The A’s are clearly at a structural disadvantage, and they’re making moves that are somewhere between win-now and win-later, which is just about the only setting they have. It makes for a compelling roster, even when they aren’t winning, if that makes sense.

At the same time, let’s take a look at the players the A’s have developed who will be in the lineup or rotation to start the season:

Hrm. That’s a bit of a cheat because it ignores Sonny Gray, who will miss the start of the season, but it’s still staggering to see the lack of homegrown talent on the roster. Addison Russell being an All-Star and World Series champeen can’t help the feelings of organizational inadequacy, either, but it’s worth remembering why he was traded in the first place: The A’s used to be really, really good.

In a just world, they will be again, and it will be with Franklin Barreto hitting .400. As is, they have the A’siest lineup I think we’ve ever seen, with Matt Joyce and Trevor Plouffe appearing as if Rob Manfred declared them Automatic A’s his first day on the job. It wouldn’t be the most surprising resurrection story of the 2017 season. But that doesn’t make it likely.

The A's didn't make one transaction that will cause their opponents to cower in fear and dread anticipation of their arrival in town, but they did get a few nifty pieces that will help with their production and depth. Matthew Joyce is the standout from this group after a strong year with the Pirates avoiding lefty pitchers while wrecking righties.

Adding Matthew Joyce but losing the guy who hits lefties, Danny Valencia, is unfortunate. The A's, though, do have Mark Canha and Adam Rosales on their bench, so it's not as if they they lack right-handed outfield bats to fill in for Joyce when necessary.

“As optimism grows off the field, between a leadership shakeup, a re-commitment to the city of Oakland, and what feels like legitimate progress on a new stadium, there also appears to be an actual plan brewing for the roster itself.” — Athletics Nation

The A's are not competing in 2017. They have Rajai Davis playing every day and leading off. Their number three hitter, Ryon Healy, is a guy who didn't mash in the minors until 2016 and has fewer than 300 big-league plate appearances behind him. The rotation is led by Kendall Graveman to open the year, as Sonny Gray is on the disabled list. This isn't mean to depress you, A's fans, but to point out how much of 2017 is going to be about figuring out what is here, and what should stick around. Maybe Healy is a middle-of-the-order hitter! Maybe Gray will return to form, and the cast of young starters around him will also produce. Steps forward is the goal, and its an achievable one.

Sonny Gray losing the last bit of his trade value during a season in which none of the kids like Sean Manaea, Ryon Healy, or Raul Alcantara can make it work would be one giant waste of a year.

Can we say "giant" in a preview of the A's, or does San Francisco still retain control there, too?