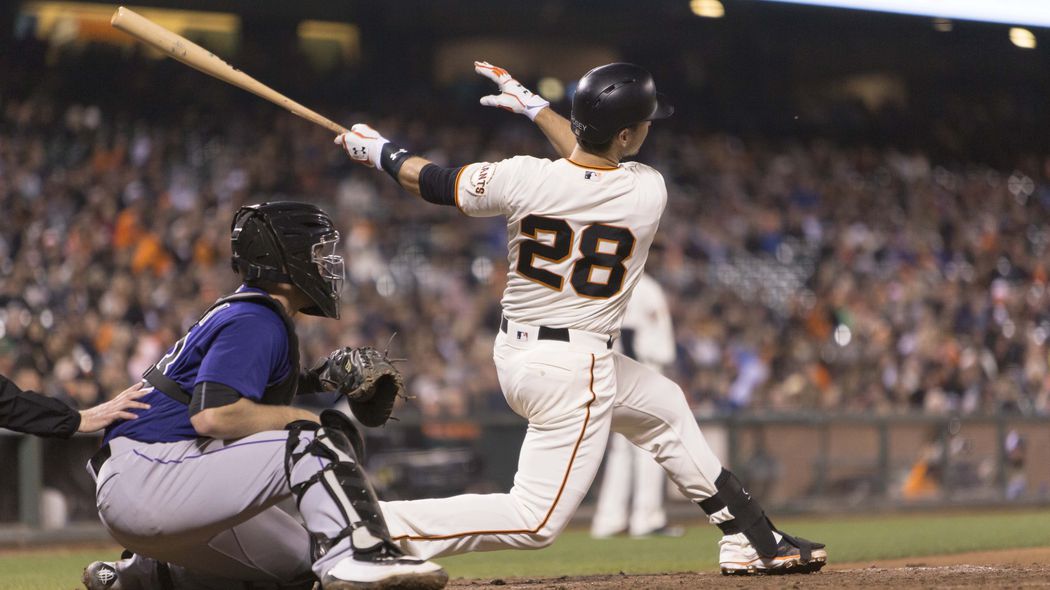 For a team with a closing window, the Giants were pretty chill in the offseason. They spent big money on a Grade-A closer, which was expected, and then they took the rest of the offseason off, which was most certainly unexpected. For a team that will likely need to scrap for every last win, it’s certainly ... interesting that they’re going with Jarrett Parker and a 20-homer/200-strikeout chase in left field. This will be the 10th different Opening Day starter in left field since Barry Bonds disappeared, you know.

Instead of looking at the holes they didn’t fill, though, it’s probably more important to look at the holes they didn’t have to fill. They have one of the better 1-2 punches in baseball, with Madison Bumgarner and Johnny Cueto, and they have two solid starters behind them. The lineup is going to be extremely lefty-heavy, but it does have six players who have made an All-Star team within the last three seasons, which means you can almost forgive their lack of urgency with left field.

Something that’s easy to forget is the Giants were supposed to be an excellent offensive team last year, and it was the pitching that was supposed to be suspect. Cueto fizzled toward the end of the year for the Royals, and Jeff Samardzija led the AL in runs allowed the previous season, so they were both considered serious question marks. As the season progressed, it was exactly the opposite, which should probably make them feel better about the lineup. It’s better than what they showed last year.

Not only should the lineup be better, but the bullpen can’t possibly be worse.

Yeah, that’s right, I wrote they can’t possibly be worse. You don’t scare me! You don’t control me!

If the Giants take over the NL West, they’ll need something unexpected and dramatic. Ty Blach winning the fifth starter’s gig and doing a prime Mark Buehrle impression, for example. Austin Slater or Steven Duggar becoming a rookie presence, or Parker justifying the organizational faith and hitting 30 home runs. As is, they look to be roughly in the same spot they’ve been in for years: Good enough to play in a wild card game, but not good enough to catch the Dodgers.

The Giants needed a closer following their disaster pen of 2016, and Mark Melancon was just out there, waiting to be wooed with years and dollars that San Francisco was willing to part with. Even if they had made some other significant moves, Melancon probably would have been on top given the upgrade he represents: since the Giants made all their other major money transactions a year ago, Melancon sticks out even more.

None of these losses alone are the kind you wring your hands over (besides maybe the fact that Sergio Romo went to the rival Dodgers), but combined, it's a little sad to see so many important pieces of what helped make the Giants a totally hateable major success for non-San Francisco fans. Good riddance to the lot of you, says everyone here except Grant Brisbee.

“The important part is that it will all make sense at the time, because it will be patched together piece by piece over five years. The Giants of 2017 look radically different from the Giants from 2012, but they still have more familiar faces from back then than most teams do. The organization has had a sense of a continuity that some teams will go without for a decade or three.” — McCovey Chronicles

The Giants could hit, and they survived some rotation issues in large part due to that whole having both Madison Bumgarner and Johnny Cueto thing. What they could not do was close out games, or hold a lead, or manage to come back when down late in a game where the bullpen was already on the mound. Mark Melancon should fix quite a bit of that, and if all the components of the team are working together like they should, the rest of the NL should be concerned like usual about the Giants.

Well, even-year jokes are dead, and therefore we won't know if the odd-year thing exists since the Giants failed to win in an even year. Wow, I'm out of practice, this space has been so easy and thoughtless for years now. Uh, ask again in 2018.