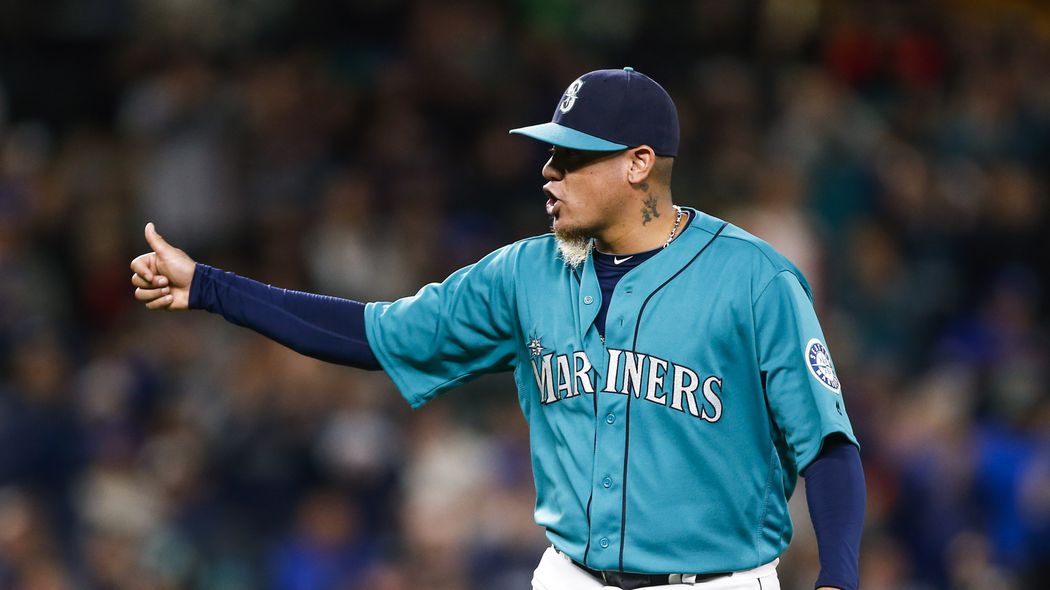 The Astros are probably better, but going with my gut and picking the Mariners for first place is more satisfying. Wait, let me start over.

The Mariners are, perhaps, the very worst team for going with one’s gut. The franchise is the air-conditioner hum of baseball, and it has been for more than a decade now. When they have pitching, they can’t score. When they can score, the pitching goes kerflooey. This is the team that got better when Randy Johnson, Alex Rodriguez, and Ken Griffey, Jr. left, and it feels like the universe is still paying off the debt for that.

I like them, though. Kyle Seager, Nelson Cruz, and Robinson Cano is a tremendous middle of the order, even if it’s a little on the old side. Jean Segura is legitimate and exactly the kind of player the Mariners should have picked up if they were willing to part with Taijuan Walker. Mitch Haniger is a solution that’s almost too clever — a 21st-round fantasy pick, where the owner sits back and chuckles at the dumb people he’s playing with — but I’m still in. And all that we care about is that Mike Zunino is safe, and we won’t ask any questions.

The rotation is rickety. Felix Hernandez keeps sliding backward, and the combination of a career-worst strikeout rate and career-worst walk rate doesn’t fill me with confidence. Hisashi Iwakuma is on the Mariners because the Dodgers didn’t like his medical reports, and he responded with the worst season of his five-year career. James Paxton is 28, and his 121 innings pitched is a career high. Yovani Gallardo has a chance to be the boring, solid pitcher he was before the Orioles, but that’s his ultimate ceiling. Drew Smyly is a fine risk, but the kind that would look better without the preceding four sentences.

The beautiful thing about pulling predictions from my nether regions is that I don’t have to care about that. It seems like the Mariners’ time, I’m skeptical that the Rangers will surprise again, and I don’t like the Astros’ shaky pitching.

So, Mariners, then. If these are the Mariners I know and love, that means the A’s will win the division. Either way, it’ll be fun to keep track of.

The Mariners could not stop making moves this year, whether they were meaningful or on the margins, and the top player they brought in from all of this was Jean Segura. The D-Backs' shortstop had a breakout season in 2016, batting .319/.368/.499. There is risk here, considering he was basically half that player a year prior with the Brewers before reviving his careering in Arizona, but it wouldn't be the Mariners if there wasn't a significant risk of failure attached, would it?

It's hard to pick just one when the Mariners sent out this large of a percentage of last year's team, but Taijuan Walker is the one who could sting. If Walker thrives with the Diamondbacks and Segura goes back to not hitting even a little bit, Seattle is going to regret this in a hurry. Throw in Ketel Marte being the shortstop the M's think Segura can be instead, and, well, let's just say Seattle should be thankful they traded with a team that also has decent decisions blow up in their face on the reg.

“It’s hard to trust Jerry Dipoto and his staff after seeing so much failure—who is this handsome slickster who wants to sell us on a monorail? It’s tempting to retreat into the child’s pose of pre-established defeat. But for every instance in which Jack Z’s was a failing organization, Dipoto’s is a successful one.” — Lookout Landing

All of that transactional analysis makes it look like the Mariners are disliked around these parts as far as 2017 is concerned, but that's just not true! They won 86 games a year ago, and have given themselves a chance to improve on it by potentially improving at shortstop, behind the plate, in the outfield, and in the rotation. The Mariners could win the AL West or a wild card spot without having to dream up anything unrealistic: they're a good team that set themselves up to be a better one with the help of roughly 4,000 transactions.

Drew Smyly's and Yovani Gallardo's 2016 seasons were not unfortunate blips, but instead foreshadowing where their careers were headed. Jean Segura's supposed breakout was not, and suddenly the infield and rotation were worse than they would have been had Jerry Dipoto and Co. just mostly sat on their hands and made marginal improvements to a team that wasn't all that far from being on top.