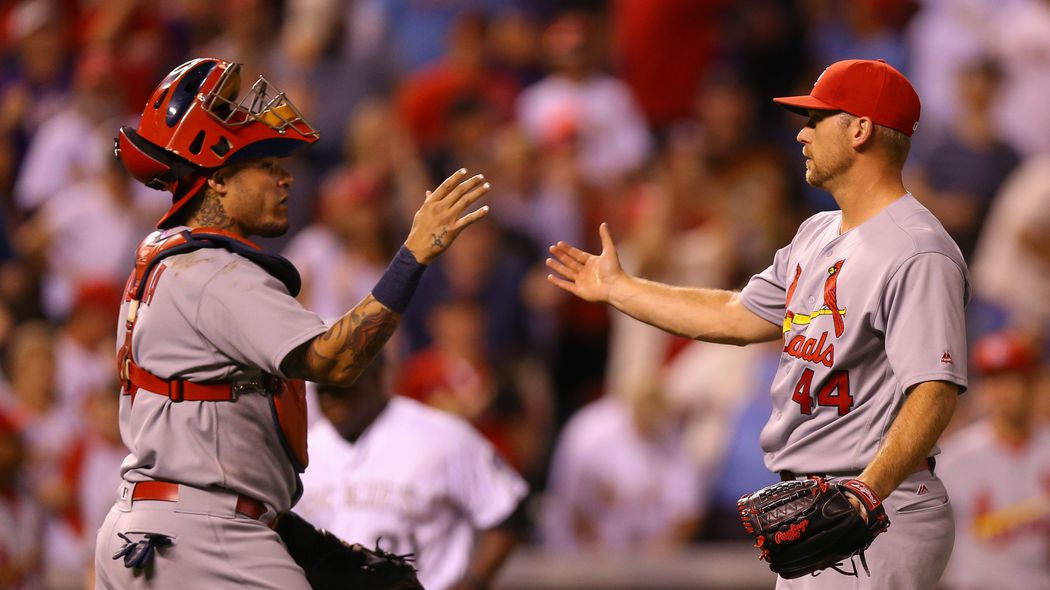 It’s been a bad idea to underestimate the Cardinals for, oh, about 20 years or so. But here’s a partial list of what I’m not buying:

Add it up, and what do you get? I'm predicting a fourth-place finish, but what we'll actually get are 93 wins and Rookie of the Year votes for Harrison Bader. I’m no dummy. I know exactly how this is going to look stupid by August. But when you spend 7,000 words writing predictions, sometimes you just want to watch the world burn. Of all the would-be contenders, though, the Cardinals have the most obvious worst-case scenario, and it doesn’t take a lot of suspension of disbelief to get there.

Getting Dexter Fowler, in a vacuum, is a great move for the Cardinals. Fowler's 2016 on-base percentage would have led St. Louis with ease, and he's got power and defense to complement that. The fact the Cardinals took him away from their NL Central rivals, the defending World Series champion Cubs, also helps matters. The Cardinals might have a great roster, too, but the Cubs might not even end up missing Fowler, so whatever little edge St. Louis can get is welcome.

Seeing the Cardinals without Matt Holliday is going to be weird, since he's been there since a midseason trade in 2009. As a 37-year-old left fielder, though, it was getting to be time for Holliday to experience life as a designated hitter, and time for the Cardinals to move on to an outfield with Dexter Fowler in it on their new big-money deal.

“The face of the Cardinals over the last five years has changed from a generational talent and manager, to a collection of various moving parts that have kept the Cardinals near the top of the baseball landscape. That’s not likely to change in a radical sense any time soon.” — Viva El Birdos

The Cardinals missed the playoffs in 2016, and responded by getting younger and better with Dexter Fowler. While they won "just" 86 games a year ago, they're two seasons removed from winning 100, with many of the same pieces still on the roster. There is easy potential for a great team here, especially with Lance Lynn back and Adam Wainwright further removed from surgery as well.

It's weird that a realistic worst case scenario for the Cardinals now realistically involves the Cubs winning the World Series in consecutive seasons, but that's the timeline we all find ourselves in.