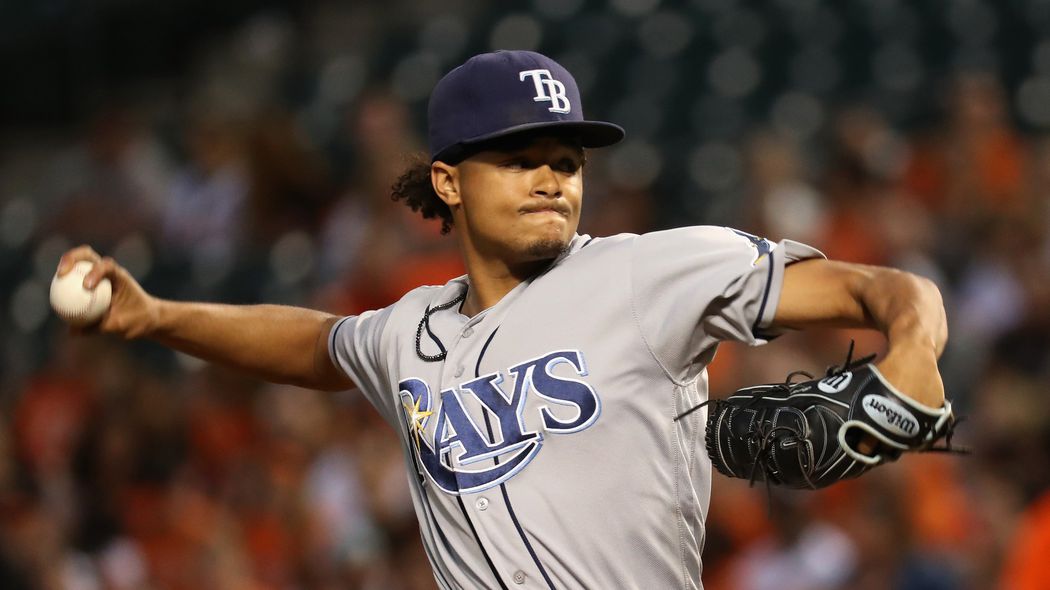 The Yankees have the youth and the Orioles have the dingers, but I’m putting the Rays third place because I can’t quit on their rotation. Even without Drew Smyly and Matt Moore, this feels like a rotation that should succeed, if only because the poindexters in the front office went back to the dry-erase board and reimagined the organizational strategy in a post-rabbit-ball league. They won’t be caught off guard with a dinger-happy environment this time.

Will they have the offense, though? No, probably not. Losing Logan Forsythe will hurt them less than it might have hurt other lineups, just because of the positional flexibility they’ve accumulated, but they’re not a better offensive team than last year, when they might have been average. They have a couple of options:

But what are the chances of that last one happening? Ha ha, you have some imagination on you.

The Rays lost 94 games last year, and their response to that was a major overhaul to propel them back into contention. jk, they signed Wilson Ramos on the cheap after his stock fell following a late-season knee injury. Ramos is real good, so that's an improvement, but that is almost it as far as additions that are going to help them right away go.

Drew Smyly had a rough 2016 after consecutive productive years as a starter. Rather than be stuck with a rotation full of guys looking for a rebound this summer, the Rays sent Smyly to the Mariners in a deal that netted them prospects and Mallex Smith. Logan Forsythe is the more significant loss in terms of 2016 production that needs to be replaced, but he did bring back prospect Jose De Leon.

“For the Rays, things stay the same through change. The only constant has been Evan Longoria, and he can be the stabilizing force for the foreseeable future as the wizened leader of the clubhouse, guiding the Rays back to success.” — DRays Bay

There is a path for the Rays to contend in 2017, and it's similar to the one they failed to achieve last season. The rotation still has Chris Archer, Jake Odorizzi, and Alex Cobb, and if they can return to the forms that made the group exciting not all that long ago, then it won't matter that the rest of the AL East has a chance at a powerful lineup.

More likely, though, is that a team trading Logan Forsythe away that only added the still-recovering Wilson Ramos, one that mostly added on the margins and for the future, one relying on multiple pitchers to rebound from a disastrous 2016, one stuck in a division with four potential contenders in it, is in trouble.