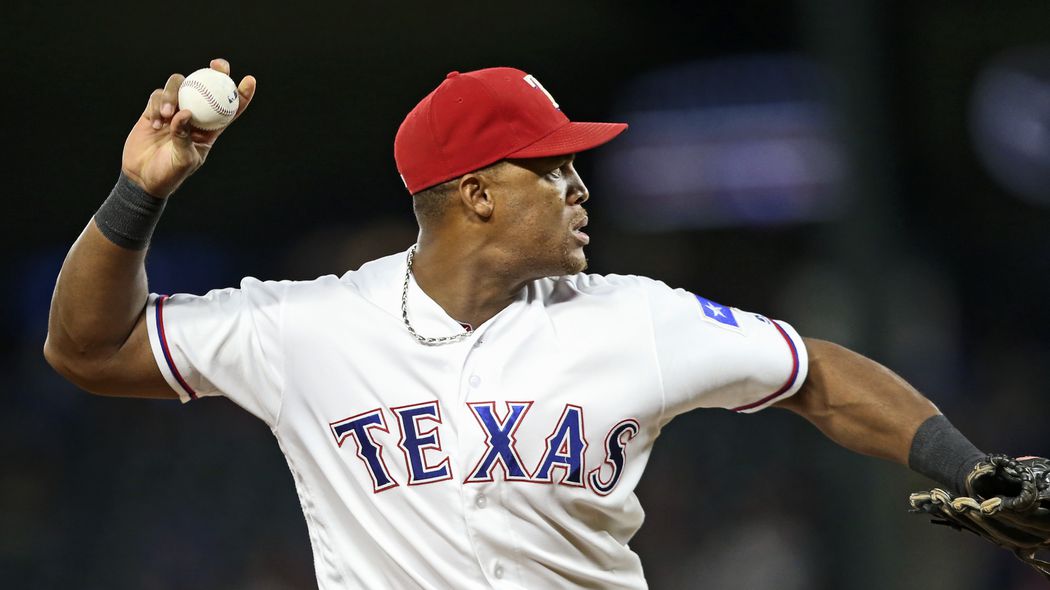 The two-time defending AL West champions deserve more respect than a third-place prediction, and they’re not here just because they finished 13 games above their expected record, which was hilarious. It’s just that there are so many ways to freak out about their lineup, which veers from an enigma with shoulder discomfort (Carlos Gomez) to an enigma with enigmatic everythings (Shin-soo Choo) to a 38-year-old wonder (Adrian Beltre) who’s still 38 to a 35-year-old first baseman (Mike Napoli) who wasn’t all that great last year to a youngster (Rougned Odor) who walked 19 times last year to ... well, you get the idea.

And when you get to the rotation, it’s top-heavy and just a little bit sketchier.

Also, they finished 13 games above their expected record last year. We all get to throw that in everyone’s face for another year, at least.

Just like a dozen of the second-, third-, and fourth-place teams in these predictions, it’s not hard to see how things could go right for the Rangers. They have Yu Darvish, who is a wonder. Beltre went from future Hall of Fame cause célèbre to first-ballot Hall of Famer so fast, I didn’t even notice. Just because Odor had the same plate discipline as a dizzy Cole Hamels last year doesn’t mean he’s incapable of adapting.

There are old teams with talent. There are young teams without talent. The Rangers are right in the middle with the age, and they have enough talent to win a third straight AL West. But if any of the Astros, Angels, or Mariners find enough pitching, they’ll have a rough time getting to 90 wins and a division title again.

The Rangers won 95 games in 2016, most in the American League, and did so in large part due to a 36-11 record in one-run games despite scoring just eight more runs than they allowed on the season. So, their offseason was pretty underwhelming unless you think the bullpen (and luck) are going to help them repeat that. Adding Mike Napoli is helpful, as he's a much better hitter than Mitch Moreland even as he declines, but their other moves are based on hopes like "Maybe Tyson Ross will be healthy" and "Maybe all the evidence is wrong and Andrew Cashner is actually good."

The years of the Rangers incessantly trying to make Mitch Moreland happen are over, as he left for the Red Sox as a free agent while the Rangers sought out an old friend to take his spot in Mike Napoli. Napoli might be declining now that he's in his mid-30s, but he also hit 34 homers for the Indians in 2016 and has had some of the greatest successes of his career playing in Arlington. He's not a perfect solution, but he worked out the first and second times the Rangers acquired him, so why not one more shot?

Moving on from the constant attempts at making Mitch Moreland happen is a positive, but losing Ian Desmond might end up having the more significant impact on the roster. It puts just a little more pressure on Carlos Gomez, Nomar Mazara, and Jurickson Profar to all work out as every day outfielders, and while that could end up being nothing, it probably means more than no longer having to wonder which version of Colby Lewis is showing up.

“The 2017 Rangers are coming off a pair of division titles, and while they haven’t made it to the World Series, they are positioning themselves to try to get over the hump and finish the job this time.” — Lone Star Ball

The Rangers led the American League in wins a year ago despite having Mitch Moreland play 147 games, Prince Fielder disappoint for 89 before abruptly retiring due to injury, getting just 17 starts out of Yu Darvish, and having Martin Perez finish second in the rotation in innings. So, the concern about one-run games is real, but with Mike Napoli, a full season of Darvish, and more effective answers at a number of spots like DH and the back end of the rotation, there is legitimate hope for a repeat.

This is still a team that needs Shin-Soo Choo to be healthy, Yu Darvish to make 30 starts for the first time since 2014, Dillon Gee to not implode even though he's moving from a pitcher-friendly Kansas City to the hitter's haven of Texas, still a team that is hoping for Tyson Ross and Andrew Cashner to rebound and Mike Napoli to not be heading in the wrong direction. There is so much that could go wrong, and not all of it even needs to in order to knock Texas from the top.