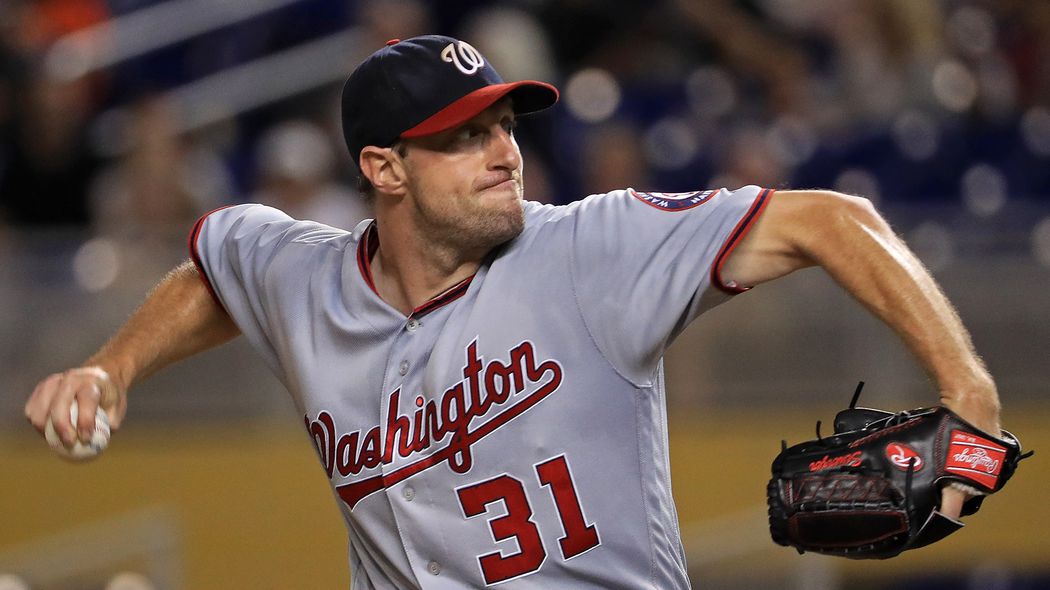 They’re doing some of those things, sure, but they’re doing it with the steady calm of an easy favorite. And they get to be the favorite because a couple years ago they had too many outfielders, which other teams noticed, and they turned Steven Souza into Trea Turner and Joe Ross. I had to skip this section and come back because every time I read that sentence, I stare wistfully over the top of my computer, unable to finish my next thought.

The best way to describe the Nationals is this: If they had a pair of hitters finish 1-2 in the MVP voting and a pair of pitchers finish 1-2 in the Cy Young voting, it would be a fun fact and a mild coincidence, not a stunning development in the world of baseball. I’m expecting Harper, Turner, and Adam Eaton to all be top-20 players in the NL this year, just as I’m expecting Max Scherzer to be roughly as good as he was last year, when he was the best pitcher in the league.

And once you commit to that, you put them next to the shiny “1.” and move on to the next time.

The Nationals didn't make many moves this offseason, but they didn't have to: they won 95 games and made the postseason, and the only glaring need was an actual center fielder so they could stop asking shortstop Trea Turner to catch balls out there on athleticism alone. They got that center fielder in Adam Eaton, acquiring him from the White Sox in a package centered around Lucas Giolito. Now, Turner is at short where he belongs, the outfield has a great defensive presence who can also hit in center, and Danny Espinosa is even on the other side of the country now!

Losing Ramos to a late-season knee injury was terrible for the Nationals in 2016, and letting him limp away this offseason wasn't much better. Matt Wieters tends to be somewhere between good and great when you adjust for catcher, so he's capable of making up for Ramos' loss, but there are no guarantees he'll be that good. If there were, Wieters would still be on the Orioles.

“In spite of all that success in the last five regular seasons, which includes an impressive +509 run differential over that stretch, the Nationals have failed to advance past the NLDS in any of their three playoff runs, with each of their division titles overshadowed by their postseason losses.” — Federal Baseball

The Nationals won 95 games without Bryce Harper healthy or at his best, without an actual center fielder for uncomfortably large chunks of the year, without Stephen Strasburg or Joe Ross managing a full season's worth of starts, and with Ryan Zimmerman collecting 467 plate appearances despite the fact he aged 15 years overnight. Imagine how good they can be with Adam Eaton in tow, the 2015 version of Harper, and full seasons from both Strasburg and Ross to go along with a start-to-finish year of Trea Turner at short?

The Nationals are probably going to be good regardless of what happens, if 2016 is any indication. An extra injury here or there, though, or the likes of Gio Gonzalez and Jayson Werth joining Ryan Zimmerman on the list of guys who are just depressing to watch these days, or even just Daniel Murphy no longer being superhuman, and you could see the Mets leapfrogging them and taking the NL East for themselves.